Design: „There is new life in marble“ 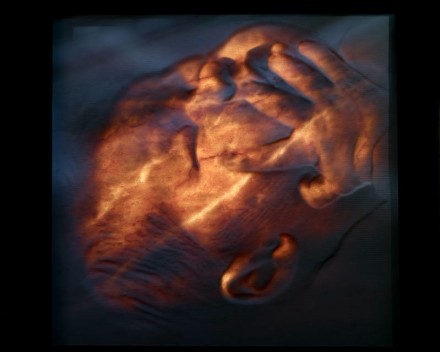 (December 2011) For traditionalists among stonemasons and architects, the statement must be provocative: „Marble is a material, whose potential has yet to be discovered.“ They were, after all, responsible for a constant stream of innovative implementations for natural stone over the thousands of years.

We found this statement in the catalogue of the project „Luce e Materia“ (Light and Matter). Its aim: to unite the juxtaposed elements to a fruitful alliance. The experiment was brought to life by the Solubema (Portugal)/Merbes-Sprimont (Belgium)-Group under direction of Italian designer Raffaello Galiotto and presented at the Marble Forum in Hall 7B of this year’s Marmomacc.

We are looking forward to observe how the ideas become marketable products.

The project revolved around two types of marble at opposite ends of the spectrum: Noir Belge (Belgium Black) from Belgium, dense and black as night, currently mined underground; and Portuguese Vigaria, white with veins and translucent, surface-mined.

The designer played on the various aspects, which might allow the two so very different types of stone combined with light to come together.

E.g.: highly polished, Noir Belge can serve as a mirror – the stone’s surface can be worked to a singularly high-gloss polished finish, though the suitability of a black surface for use as a mirror is, admittedly, limited due to the high light absorption of black as a background material – a theme occasionally discussed in literature and art.

As an introduction to the Marble Forum Galiotto chose the distortion of concave and convex mirrors. The first room of the presentation referred to the famous mirror in Jan van Eyck’s (1434) „The Arnolfini Portrait“: the masterpiece shows a mirror in the background in which not only the bride and groom can be seen from behind but which also reflects an image of the artist – a remarkable play on perspective for the time.

Galiotto created a mirror of black marble, in which convex and concave finished surfaces distort the image – an effect raised to a higher power by the unusual material. 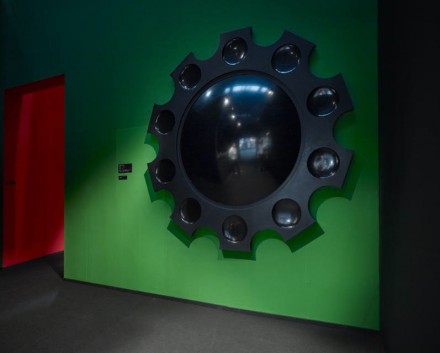 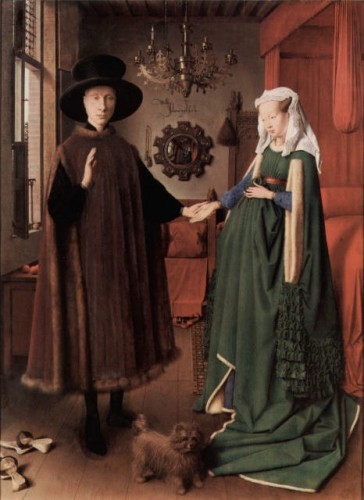 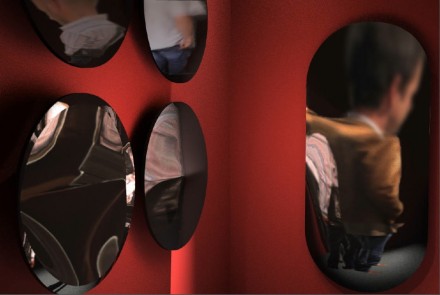 Anamorphosis was the theme of the second room – a technique often used in Renaissance art as a means to convey hidden messages: on first glance a painting seems to relay a distorted image yet from a particular angle the message converges.

Galiotto had the mirror cut with the help of modern water jet-technology thus showing confusing white shapes in white reflected off the black floor. When projected upon a pillar in the centre of the room, the mirror image suddenly depicted a bouquet of white roses.

The climax of the optical illusion was a bouquet of real long-stem white roses placed atop the pillar.

By the way: dim light conceals the truth to some extent: the size of Noir Belge blocks is limited, so the pillar was made of two pieces. The joint, however, was entirely concealed by the darkness of the room. 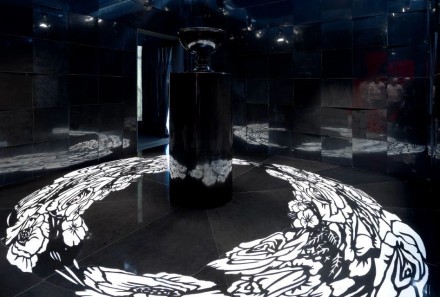 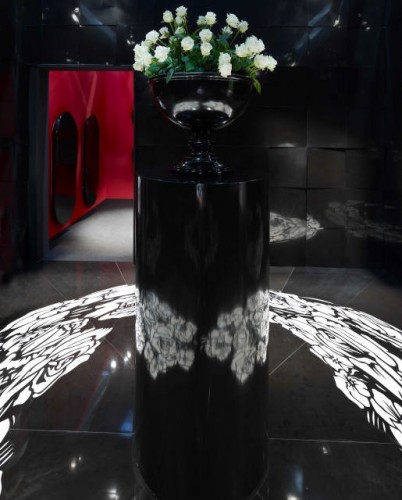 No less unusual: Galiotto’s experiments with white Vigaria marble – a variation in the last room. The surface of one stone wall was worked – lit from the front, only this perspective was apparent. Lit from behind, however, the picture of a child in it’s mother’s womb could be seen reinforcing the wall’s structure and the marble’s natural veins on the inner side.

Another wall integrated vertical joints made up of squares, creating an effect of light and dark similar to office sky-scrapers by night.

Translucency was a theme in another room. The designer showed lamp shades in white, translucent marble by Italian based Marmi Serafini.

In an interview Galiotto brought his ideas to the point: „There is new life in marble.“ 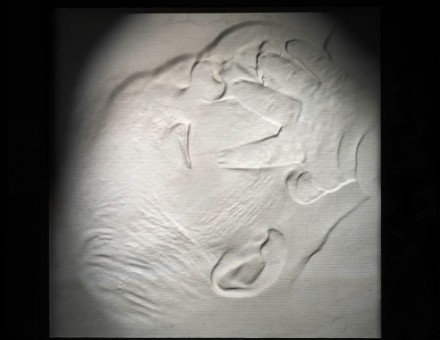 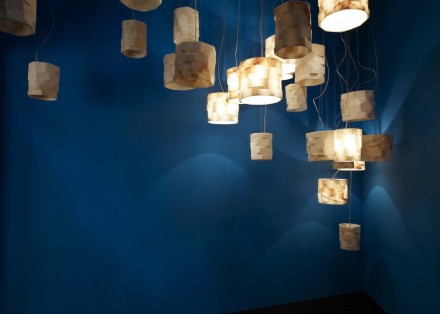 An Italian and English-language catalogue describes the concept with the help of numerous photos. It can be ordered free of charge through the project’s website.