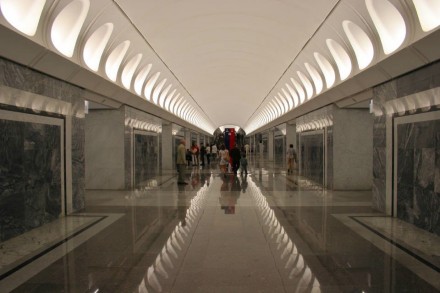 (January 2012) After seemingly „endless“ negotiations, as some members of the media describe them, Russia finally joined the World Trade Organization (WTO) in December 2011. A great opportunity in the midterm for suppliers – with its membership, Russia submits to the rules and regulations agreed by the member countries. This means lower import duties and streamlining of norms and certification. The changes will grasp step by step.

The ratification must pass parliament by June 15th. The run-up negotiations took 18 years.

Importers and exporters expect more reliability and are looking forward to a lowering of import tariffs for manufactured goods from 9.5% to 7.5%. Over all the imports, on average, duties will be lowered from the current level of 10% to 7.8%.

Raimondo Lovati, Secretary-General of the Italian trade organization Confindustria Marmomacchine representing the natural stone branch sees the opportunity of the moment: „The most important fact is that Russia will finally begin that process of defining specific regulations and business practices in line with the requisites of the most modern market economies. On the whole, it is certainly good news for Italian stone producers and stone-working machinery and equipment makers, who in 2012 will go with Confindustria Marmomacchine to the Russian tradeshows Mosbuild (in April) and Expostone (in June)”.

Critics of the Russian government were quick to point out that the commerce will never-the-less continue to suffer under corruption, cronyism and red-tape.

The stone branch in Russia

Statistics on the Russian stone industry are available in the statistical yearbook „XXII World Marble and Stone Report 2011“. 2010 was an upturn year throughout as described by author Dr. Carlo Montani: „The domestic sector has recorded a very important increase in the order of about one third, reaching a new maximum“; The bull market is credited mostly to a twofold increase in imports whereby value added products play a particularly important role. Suppliers were – in order of importance – China, India, Ukraine, Turkey and Italy.

But raw blocks, too, were imported in greater amounts and mass than in preceding years – a development that went hand in hand with an increase in investments in heavy machinery – which implies that Russia is gearing up its stone production industry. This is consistent with an increase of stone exports to Tajikistan and Turkmenistan formerly members of the Soviet Union.

Russia was among the top seven importers of technology purchasing 47 million US-$’s worth from abroad of which one third was bought from Italy.

Montani’s conclusion: „This means that investments (in Russia) go through a positive phase, after a rather long period of uncertainty.“ The stone market remains reserved for the elite although there are some tendencies toward „democratization“ as a building material, he observes.