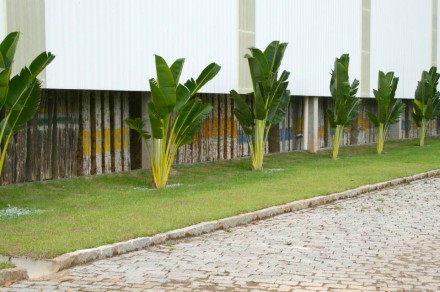 (February 2012) At no time did the expression „Sambalândia“ hit the proverbial nail on the head, as it does at the present when describing Brazil’s economic mood. And the country’s natural stone branch, too, is currently experiencing a heyday at home, what with thriving demand for local products and the low exchange rate of the currency Real. Many enterprises also experienced good turnover in engineered stone according to Abirochas’ trade organization publication Informe. In issues 13/2011 and 01/2012 consultants Kistemann & Chiodi analysed and interpreted the country’s official government statistics.

With these figures, Brazil has almost caught up after the heavy losses caused by the US-American real-estate crisis. Readers will recall: in January 2007 Brazil could boast taking the magical 1-billon-$-hurdle in 2007 with exports amounting to 1,093 million US-$.

The biggest piece of the export-pie was earmarked for the USA – a problem often subsumed by the consultants as „exporting monoculture“. But the current situation has not improved much in this respect: the biggest portion of exports goes to US-American purchasers of granite slabs.

Similarly, most raw block-exports are destined for China.

Expressed in figures this means that the USA and China alone absorb 60% of stone exports. If one includes Canada and Mexico to the American continent and Taiwan and Hong Kong to Asia, exports total 75% to these 6 countries alone.

But the local Brazilian market is more than interesting what with strong economic growth (+4 %), and a market the size of an average continent preparing for such landmark events as the 2014 FIFA and the 2016 Olympics.

The statistics imply that Brazil has invested heavily in state-of-the-art machinery and replacement – an ongoing trend, according to the consultants.

In anticipation of further increases in exports the Brazilian Ministries of Industry and Commerce (MDIC) and Itamaraty are opening chambers world-wide including in the Middle East, Africa, and Eastern Europe already under construction. A table shows the planned branch offices among which Khartoum/Sudan, Rabat/Morocco and Cape Town/South Africa as well as Bucharest/Romania and Zagreb/Croatia.

A novel means of securing the market for Brazil’s stone is the initiative by export organization Apex and Abirochas for tagging stone. „Tracing is expected to provide positive resonance“ – as soon as this year.