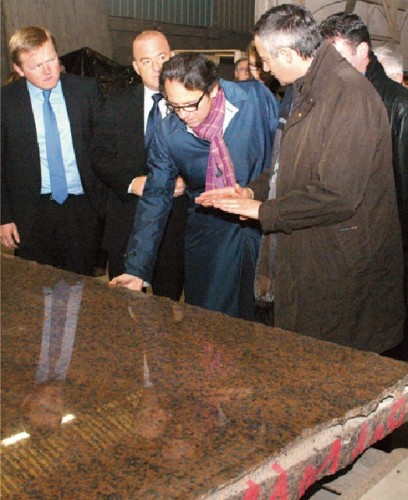 (March 2012) Champagne is a world renowned sparkling wine from the Champagne region of France. Producers vehemently defend its distinguishing factor from competitors in France and the European Union. The legal term is Indication Geographique Protégé (IGP) (Protected Geographical Status). The idea of applying the protected status to natural stone came from Brittany, more specifically from the trade organization of granite-producing enterprises as described in the trade magazine Pierre Actual (12/2011).

In a first step, the Britons mobilized their ministry, the Ministère du Commerce (Ministry of Commerce) which took up the idea with verve and sent the Secretary of State for an official visit, according to Pierre Actual.

Now it is up to the initiators to meet the requirements, i.e. to explain what distinguishes „Granit Breton“ from granite from other Départements making it deserving of the seal of distinction.

The initiative is unique in Europe. To date the Status has only been granted to comestible products.

The biggest hurdle is the enormous effort needed meet formal requirements. But it would seem possible that Brittany joins ranks with other trade organizations in France to share the work load according to Claude Gargi, Editor in Chief of Pierre Actual.

Latest news: In the Brazilian state of Rio de Janeiro, three types of natural stones recently received the national DOC-status. This Denominação de Origem Controlada certifies that those stones (named Carijó, Madeira e Cinza) really come from certain regions within this state and, more than this, that some natural and human aspects are respected in the production, as official sources say. (Portuguese 1, 2)

We draw attention to a second report by Pierre Actual, this time in issue 10/2011 where a new seal was presented – one which all building material from France must carry if the material is destined for interior use. With it, manufacturers guarantee that the material contains no organic substances that could be emitted into the breathing atmosphere where it might pollute the atmosphere.

Three types of stone from France were tested and passed the test with flying colours.

It is safe to assume that the results are also valid for other types of stone including those of foreign provenance. Accordingly, dealers are free to apply the seal to stone products they are selling. There is, albeit, no official system of distribution of the seal.

In closing we wish to note that Pierre Actual recently celebrated the publication of its 900th edition. The trade magazine has been appearing regularly for some 80 years – until 2001 under the title „Le Mausolée“. 3000 copies are sold each month. The publishing house embraces Pierre Actual Belgique for Belgium and the Funéraire, a magazine for mortuaries and cemeteries. It also publishes textbooks and technical publications on natural stone.

A copy of the trade journal costs 12 € and can be ordered for digital download or in print. 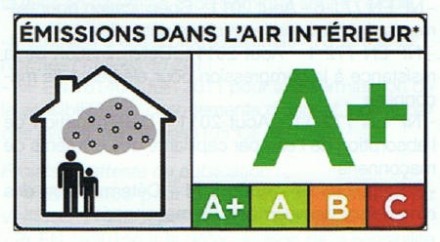