Markets: To be a buyer… 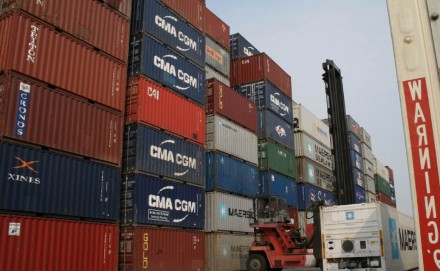 (March 2012) To be a buyer this year…. That would be the life! Italian stone manufacturers at this year’s Marmomacc in Verona declared their intent to increase exports as did the Spanish stone trade organization. The reason: a bear market at home.

Turkey, too, must up its exports. The fantastic growth rates (+7%) will quickly recede, to +4% according to the Turkish Minister of Finance, or even to +2%, if the prognosis of the International Monetary Fund is to be given more credence. The current high local demand must be mirrored in strong exports to make up for the recession.

And finally: Brazil, the slumbering giant of the southern hemisphere, is flexing its muscles: The national trade organization Abirochas has ear-marked 4.1 Million R$ (or 1.79 million € = 2.376 million US$) to market natural stone internationally as announced at the Vitória trade fair.

New markets are also opening up: Africa is a promising candidate, Indonesia has escaped scrutiny so far, the countries of the former Soviet Union show growth and almost all of Latin America is rearing to go.

Note 1: for European companies, India could be of particular interest, where a bilateral free trade agreement is currently being negotiated for Europe.

Note 2: US economy also seems be experiencing an upward trend.

Now to the Turkish export statistics of the past year as reported by the IMMIB trade organization (see tables below). Export increases were promising: natural stone exports were up +6.63% by value and +9.65% by volume compared to the year prior. That was 1.675 billion US-$ or 7.285 million tons.

The staggering export boom of the year before was dampened considerable, as readers will recall (+26.37% by value and +32.89% by tonnage). Nevertheless, the Turkish stone branch shows sustained growth for a number of years now.

The export increase is also remarkable when considering that the Libyan market has broken away completely due to political unrest. And this year will likely see Syria braking away.

But exports to France and Germany were up sharply as well, particularly with respect to travertine, traditionally the strongest export type and still standing its ground.

The USA was also a strong buyer of travertine. Great Britain on the other hand showed weak buying activity. Sales to Russia and Azerbaijan were very good buying mostly marble.