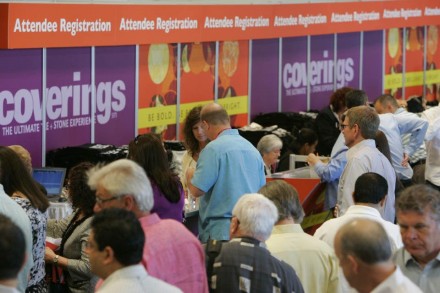 (June 2012) Exhibitors’ voiced opinions re: this year’s Coverings (17th to 20th April in Orlando, Florida) were nearly equivocal: „good“ to „very good“. The Brazilian natural stone organization Abirochas went so far as to give an „exceptional“.

It would seem that the US-economy has, in fact, moved out of the Valley of Tears – fact mirrored in increased consumption. Monthly statistics on natural stone imports to the USA as reported and commented by the online-magazine Stoneupdate (links below) support these indications.

Visitors to the Coverings fair were up +19%, a marked increase compared to the last year when the fair was held in Las Vegas. A total of 22,000 visitors passed the gates at the modern International Drive Convention Center on 4 days. 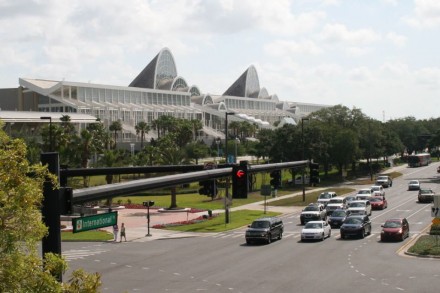 Particularly architects and designers were prominently represented sharply up in attendance (+84%). But fabricators, too, were up significantly (+69%) as were installer/contractors (+26%) and distributors (+16%). Note that the past years were marked by heavy recession.

Nb.: in one area of the giant fair, stands were entirely shut off – nothing could be seen from outside and there was but one entrance. 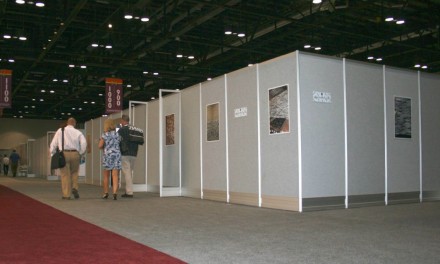 In fact this was an anti-fair – but obviously of interest to some exhibitors. Surveys showed that these sparsely furnished stalls offer some advantages: exhibitors can reduce costs and can control the circle of visitors to a certain extent. Passers-by who just want to browse waste valuable time and assets. Here attendees are truly interested. Note: these booths were not populated by small vendors.

Next year’s Coverings to be held from April 29th to May 2nd will be held in Atlanta, Georgia. 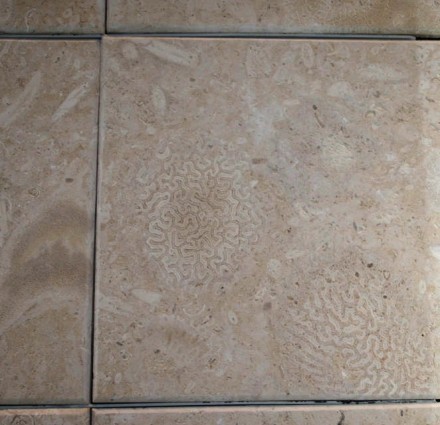