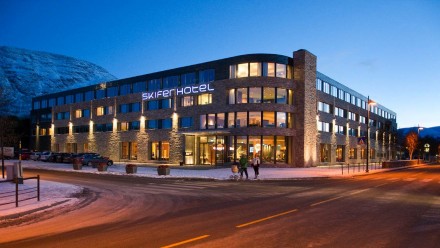 (July 2012) It would be interesting to analyze why the sleeping analogy differs from language to language: in English, e.g. one sleeps like a log as is the case in Spain and Portugal, whereas in German one sleeps like a stone; in French it can be said either way.

Where is the relevance? Our theme is Oppdal’s Skifer Hotel in Norway. On its webpage one could read „Her kan du sove som en stein“ (Here you can sleep like a stone). Skifer is the Norwegian word for slate, profusely implemented in this new building.

The declared aim of architects von Kristiansen & Bernhard Arkitektur-Interiør was to lend a nationally typical appearance to the building starting with the façade: built like a dry stone wall in slate as one can encounter in ancient buildings albeit with concrete and insulation for added stability and comfort. The wall is 30 cm thick of which 10 – 20 cm are stone. 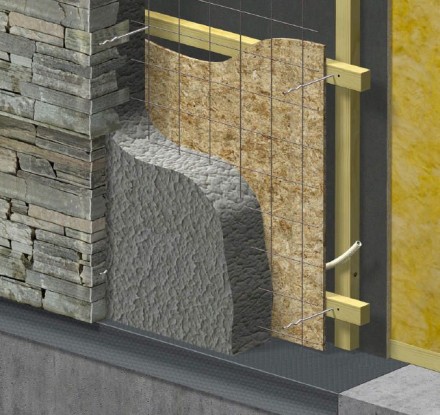 In future one could even introduce windows and doors to this modern variant of the dry wall without compromising stability.

Making the 4 story construction affordable pivots on a particularity of Oppdal slate (geologically correct: quartzite schist): it can be split to manageable sized pieces with at least one level side. This allows for the stone to be stacked like bricks.

One challenge was the façade above the windows.

On the interior of the building the slate dry wall is a central theme, as at the reception desk and fireplace in the lounge. 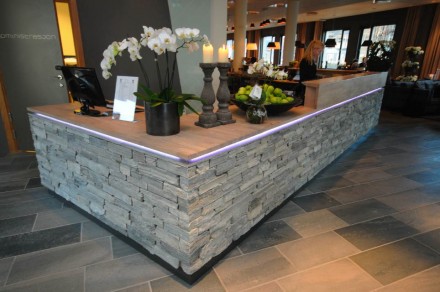 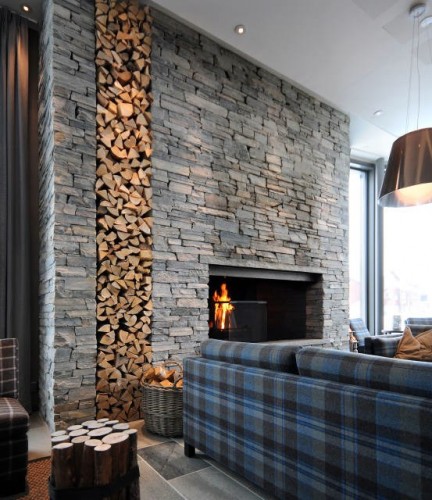 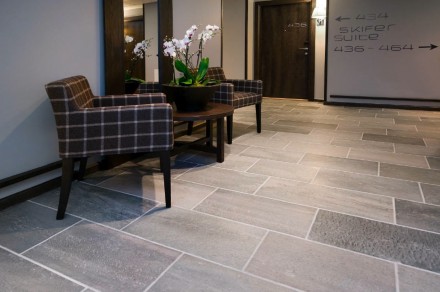 In the wellness area Oppdal slate is supported by Otta slate (geologically correct: phyllite schist) and a polished surface. 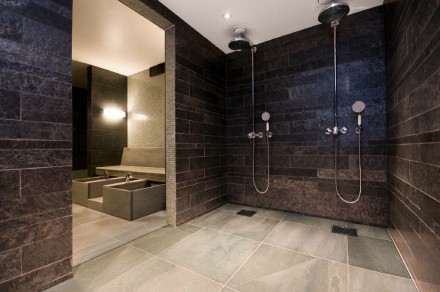 We want to point out one of the highlights: the fireplace with polished slate. 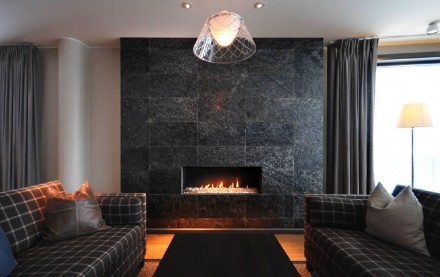 The wellness area bears the name „Minera velvaere“ partly owing to the slate: Minera Skifer is the name of the company which provided the stone. It is a marketing campaign hitherto used in large corporations or sports arenas. The stonemasonry was the work of Norheim Natursten also based in Oppdal. 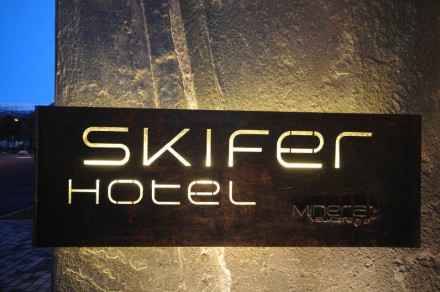