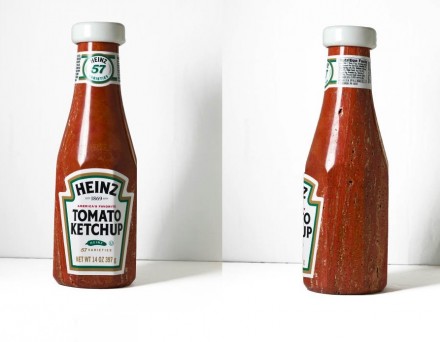 (February 2013) Someone once said: books are like letters whose author doesn’t know the addressee. Robin Antar, in a way, produces letters for the future. „Will there still be bottles of Heinz ketchup, say, in the year 4013 – two thousand years from today?“ she asks when reproducing this household item in red travertine.

What material would be better suited for such reflections than natural stone? 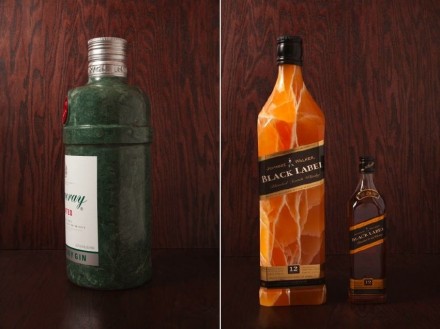 Her copies look so much like the real thing that the beholder could almost be fooled at first glance. Even the label and screw-top lid are reproduced exactly. The stone bottle albeit is somewhat larger than the commercial product. 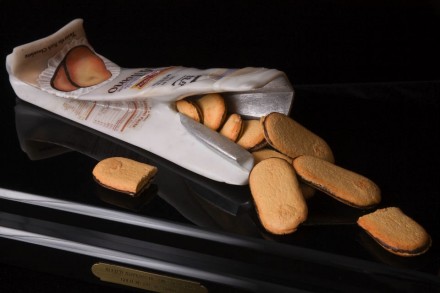 Petrification is the surprise element for the beholder, which is exactly what fills the mid-fifty-year-old artist with glee. She has great joy in recounting the story of a visitor who reached for what he thought was a package of Milano Cookies, actually a marble reproduction. „Didn’t I tell you that I never serve cookies?“ she later asked him, tongue-in-cheek. 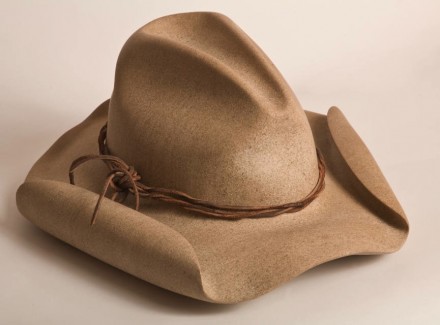 But to view Robin Antar as a comedian would be to misjudge her. With her objects she takes a precise look at US-American culture. Distinguishing elements such as the cowboy hat are globally recognized as substantial elements and values of US-society.

Her work on such an object is painstaking and meticulous. In the beginning there is the search for a suitable type of stone, close enough in color and structure to emulate the object in question. Her garage is filled with some 10 t of stone chunks, according to press reports. 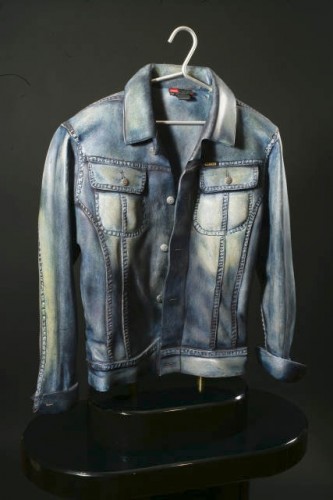 She chose limestone for her reproduction of jeans because the surface most closely resembles the feel of the textile, as she writes. But since there is no fitting stone in Blue jeans-color, she treated the tone with oil to give it the desired hue. 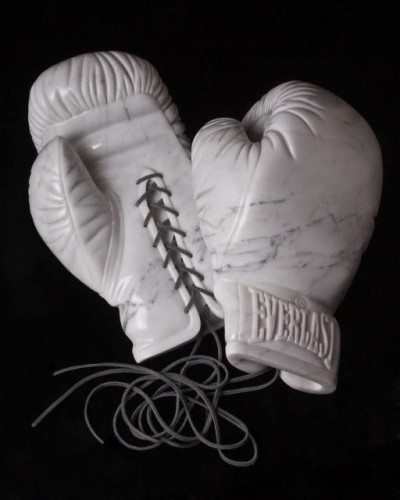 Robin Antar is at home in Brooklyn. She graduated at the New York School of Visual Arts. 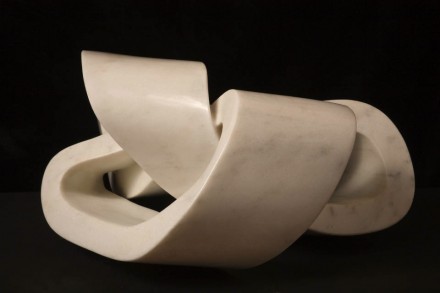 The fact that she raised two children is reflected in her abstract works: shape and form sometimes ensued as a result of letting off steam. One of her works in the series „Knots“ was produced as her children nearly drove her crazy, she writes. 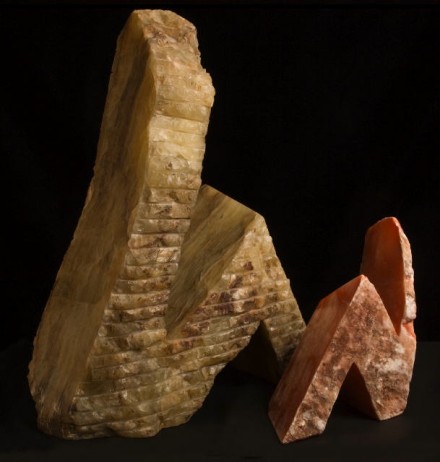 She sometimes discovers the form which a sculpture will take, by meditating before the raw piece. 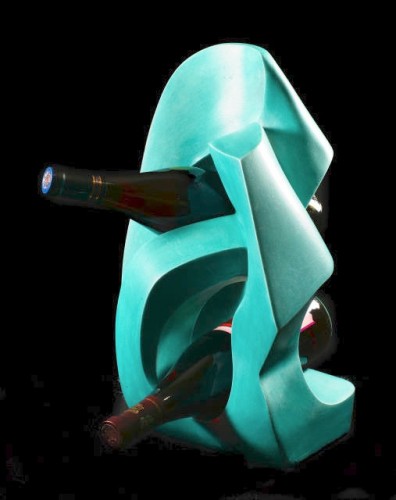 She also has works in engineered stone.

By the way, one of her unfinished works is an empty bag of potato chips. She has yet to produce the chips and is currently looking for a sponsor whose petrified produce will fill the bag. The bag will bear the company logo.

Maybe in the year 4013 people will ask themselves what potato chips looked like prior to petrification. 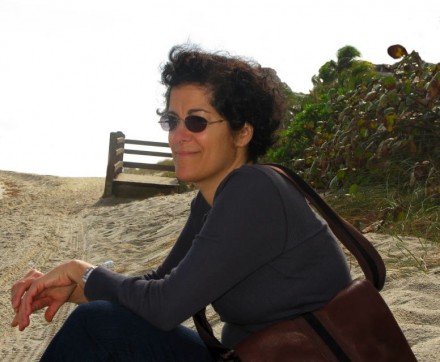