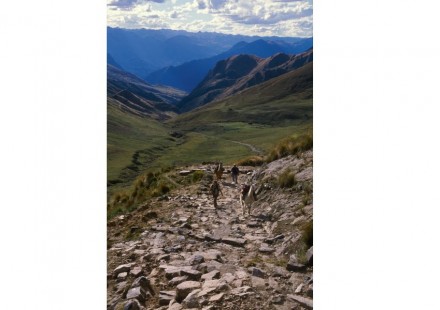 The ancient Inca road system nowadays spanning six countries in South America was granted the title of World Heritage by the UN cultural agency Unesco. Spanning over 30,000 km, it connects today’s states Argentina, Bolivia, Chile, Colombia, Ecuador and Peru. The six nations together had launched the bid for nomination.

Qhapac Ñan road system is one of the most important testimonies of pre-Columbian culture in South America. It was in use over 400 years and reached its height in the 15th century. The fact that it is still in good condition proves the effort in time and material invested by the builders. Building of parts of it had begun long before the Inca reign.

During its height it linked some 40,000 people and was used by traders, travellors and soldiers. Of special importance was the quick and save passage it offered to the messengers of the Inca rulers. After 1526, the Spanish conquistadores eventually made their way over the sheer endless paths climbing up and down the mountains. 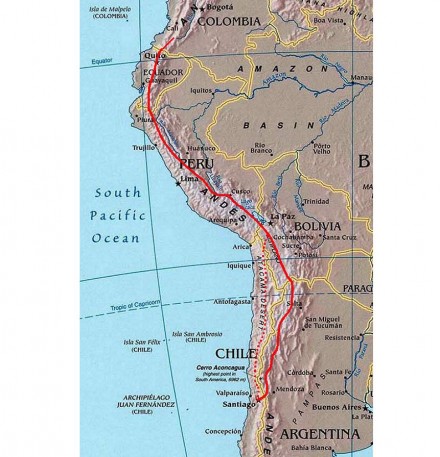 Unesco informs: „Qhapac Ñan, Andean Road System is an extensive Inca communication, trade and defense network. Constructed by the Incas over several centuries and partly based on pre-Inca infrastructure, this extraordinary network through one of the world’s most extreme geographical terrains, linked the snow-capped peaks of the Andes – at an altitude of more than 6,000 metres – to the coast, running through hot rainforests, fertile valleys and absolute deserts. It reached its maximum expansion in the 15th century, when it spread across the length and breadth of the Andes. The Qhapac Ñan Andean Road System includes 273 component sites, spreading over more than 6,000 kilometres. They were selected to highlight the social, political, architectural and engineering achievements of the network, along with its associated infrastructure for trade, accommodation and storage, and sites of religious significance.“