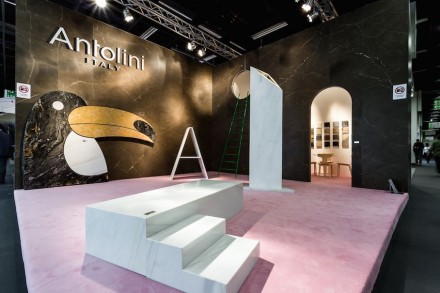 A new concept for trade fair booths and stands was presented by Italian Antolini Company at this year’s most prominent trade fairs for interior design. For „Antolini Interpretations 2015“ seven designers jointly created the Antolini-Stand – one for each of seven trade fairs. The team was headed by Italian designer Giulio Capellini who was also in charge of choosing the quintumvirate.

Here’s what they had to say according to the press release:

„The visual richness of the grain of the marble becomes the main inspiration and creates a fantastic world, dominated by a gigantic toucan head, which observes the visitor moving around the totem and polished sculptures in various finishes, sinking their feet in a soft, pink carpet.” Stones: Bianco Lasa/Covelano „Vena Oro”, Irish Green, Bronze Amani, Magma Black, Giallo Reale. 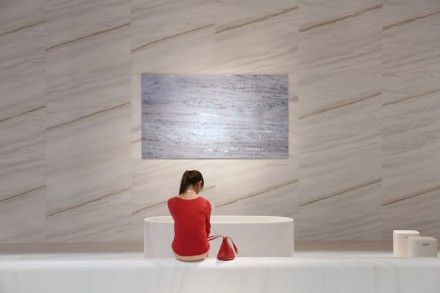 „My idea was to replicate the feeling of walking inside quarries and museums — very tall and narrow passages. At the same time I wanted to make the space appear as if it were cut out from a single block of stone. I realized that the grains, the patterns of the stone are not just the ornaments or decorations but are actually living art forms. I just thought, ,there’s nothing else to do.’ I just have to put them in a museum, and it’s done.” Stones: Bianco Lasa/Covelano „Vena Oro”, Calcite Azul „Extra”, Sequoia Brown. 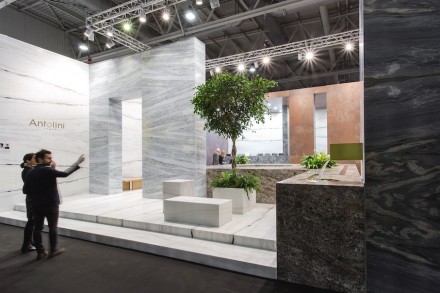 „This space is the result of a concept based on three components: stone, water and plants. It is a garden that investigates the relationship between stable matter that is heavy and eternal like stone; the plants, which stand for something that is born, develops and dies; and water, which becomes the connection between the two worlds. Stone, plants and water give life to a world that is very balanced, concrete and complete.” Stones: White Torroncino, Calcite Azul „Extra”, Brown Chocolate, Calacatta Cielo, Bianco Lasa/Covelano „Fantastico”, Kosmus „A”. 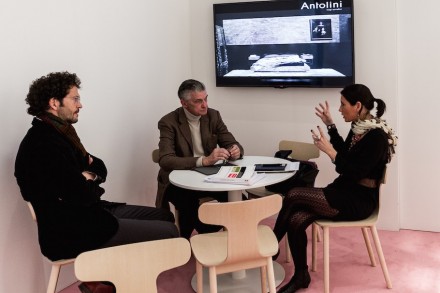 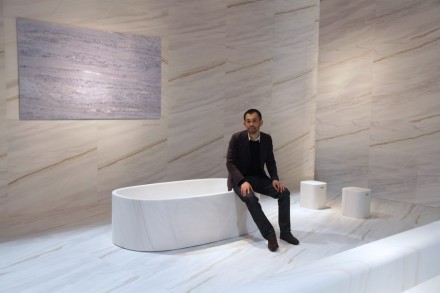 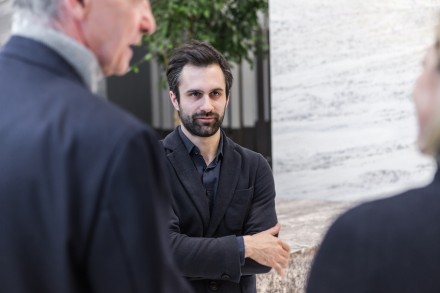 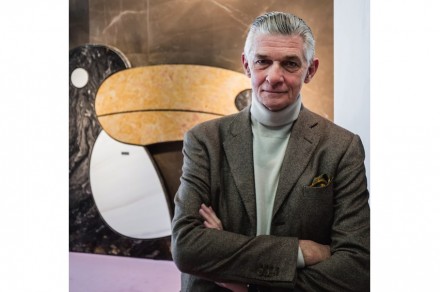