Zaha Hadid: also with stone she was avant-garde and futuristic 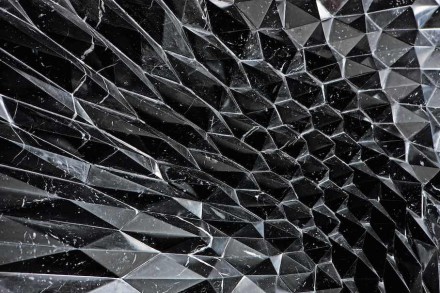 To give her architecture the title „avant-garde“ is definitely not an understatement. Some of her buildings show the weightlessness outstanding architects may give even large masses, others contain a petrified movement and many show curved lines for which she brought concrete and engineering to their limits.

None of her works paid respect to the surroundings at the site. That is typical futurists as they design new worlds. 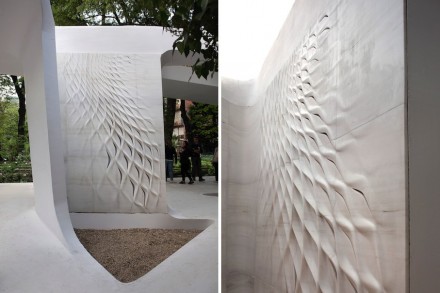 Zaha Hadid was born in Iraq in 1950. She studied mathematics in Beirut and then turned towards architecture in London. Her works were decorated with the first Pritzker Award for a woman, the Stirling Prize and several RIBA Awards, among many others.

Spectacular were also her drafts for interior architecture and product design, mainly furniture.

In this field during several years, she also worked in stone initiated by the Italian company Citco. 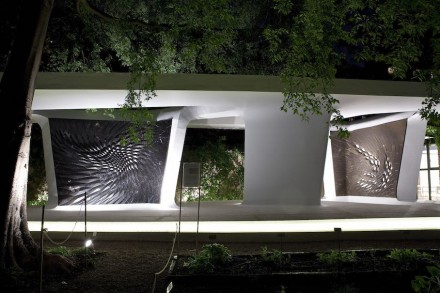 Famous among stone people became her 2012 contribution to the Salone del Mobile in Milan and to Veronafiere’s then Marmomacc Meets Design: she drafted a „Secret Garden“ realized in dark and bright marbles giving a reminiscence of the tectonic movements deep down in our planet. 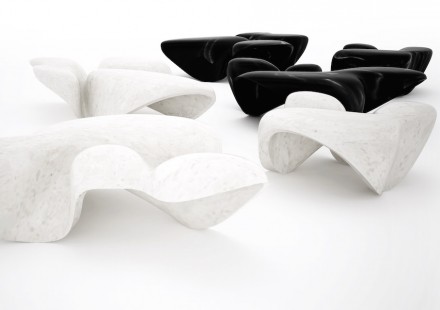 One year later the cooperation brought up the „Mercuric Tables Limited Edition“, some small pieces of furniture which reminded us in our report of fluid mercury. 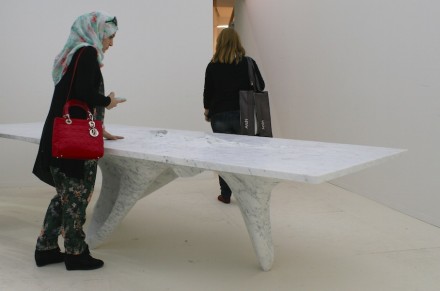 Again one year later, in 2014, her „Moon Table“ proved an irresistible attraction for all the visitors at Citco’s booth at the Salone del Mobile: everybody felt that he or she couldn’t leave without having touched the marble’s surface. 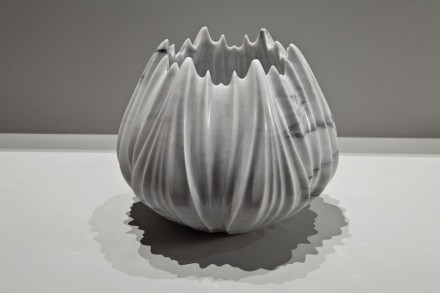 In 2015 she showed a product design with shapes that looked like found on an intergalactic travel.