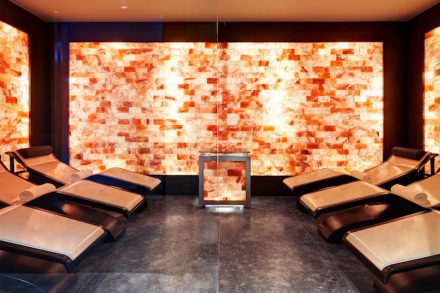 Since its grand opening in 1932 as a showpiece of Art Deco architecture and interior design under the name „Palazzo Gallia“, luxury was – and still is – the trade mark of Milan’s Excelsior Gallia Hotel situated in close proximity to the city’s central station. It was modernized and reopened in time for Expo 2015, with an added wing. The refurbishment was undertaken by Marco Piva, Milan architect and designer with a known foible for natural stone. 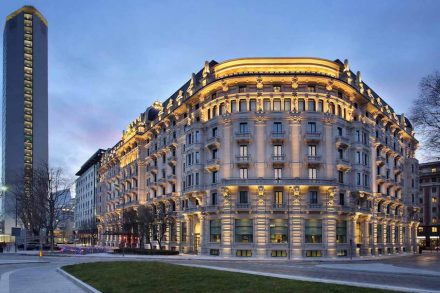 From top to bottom, let us examine how Marco Piva implemented marble in the 7 story building.

The upper floor, housing the Katarara Suite (bookable for a mere 20,000 Euro for one night), also offers guests a swimming pool as well as numerous health and wellness facilities. 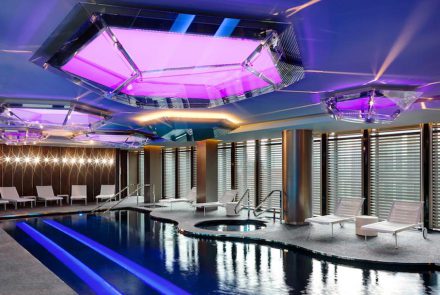 Piva emulated a dripstone cave to accommodate the pool according to press reports. He created a „feeling of magic and wellbeing“ accessible to the public. 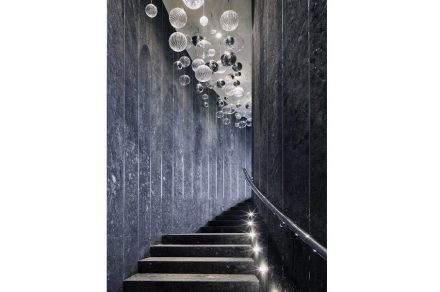 Via a stairwell, hotel guests can access the spa… 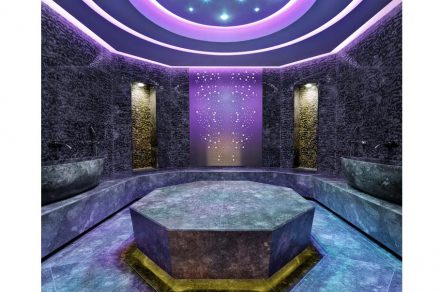 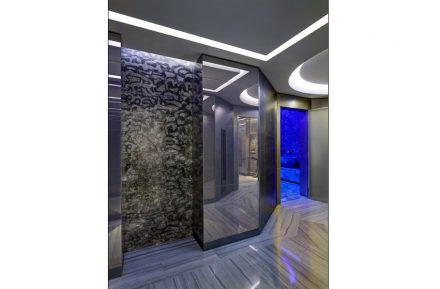 … where they can visit the calidarium for a hot bath. Here, too, Piva created a „magic“ atmosphere of „absolute well-being“ according to a press release. Numerous other elements such as sensual showers, and ice falls offer state of the art wellness technology.

One story below in the rooms and the lobby, marble is duly represented. Piva’s aim was „to refer to the Contemporary Design, maintaining at the same time memories of the Thirties Deco“.

The project was presented at the 2016 Marmomacc in the run-up to the Archmarathon Stone Award 2018.

We show some photos depicting the use of natural stone at random. 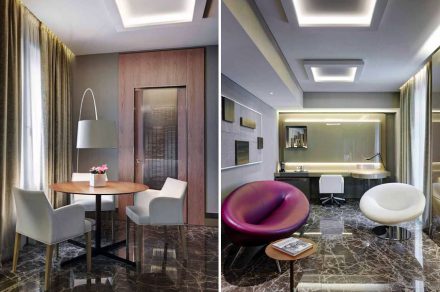 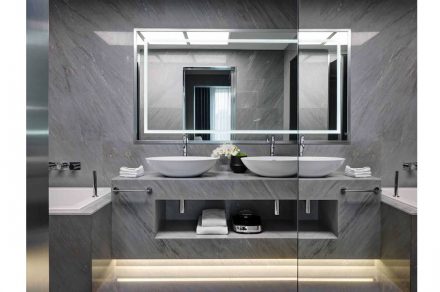 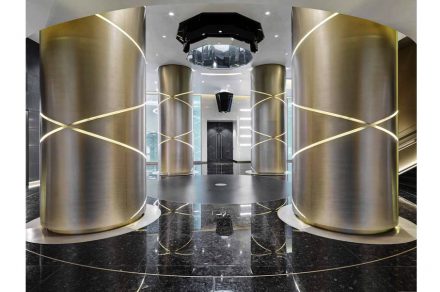 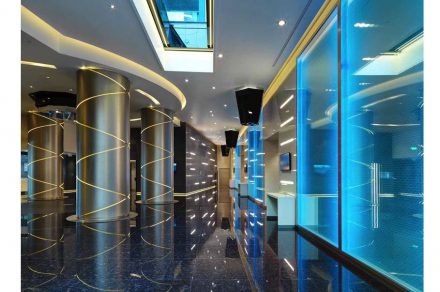 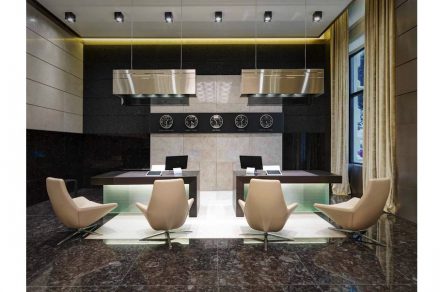 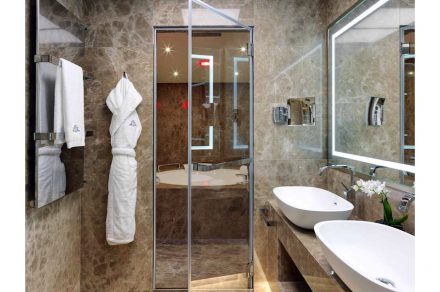 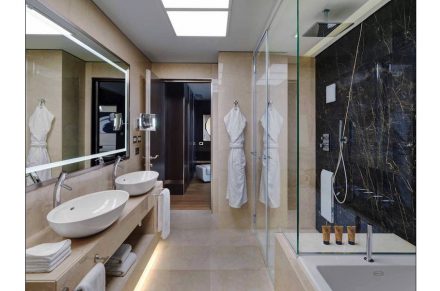 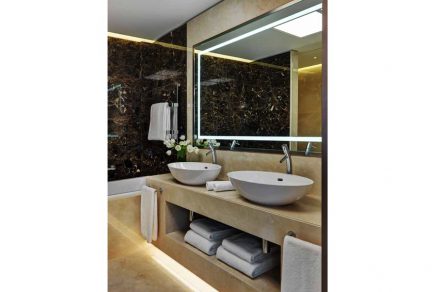 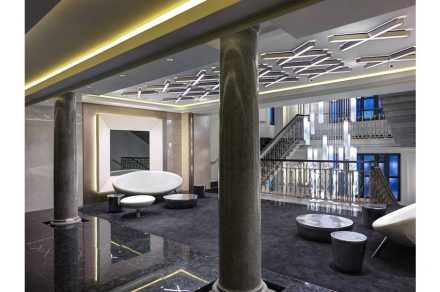 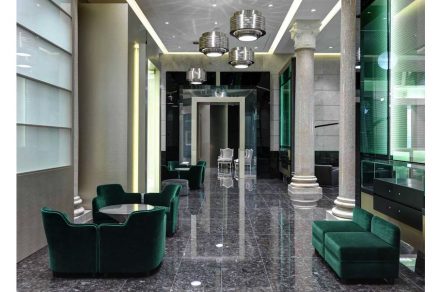 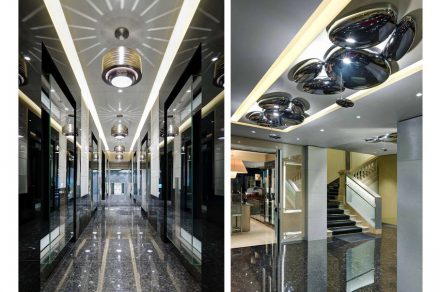 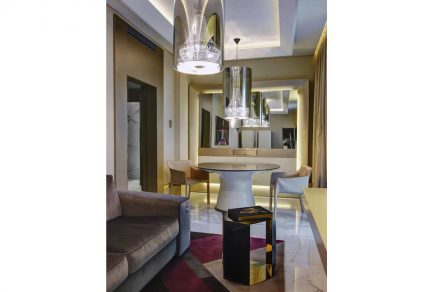 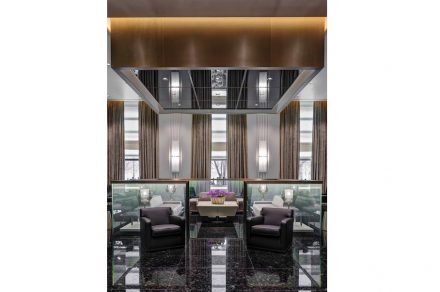 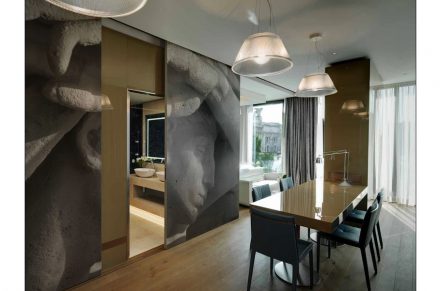 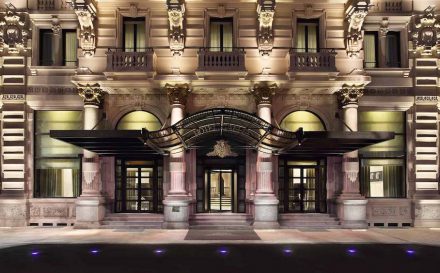 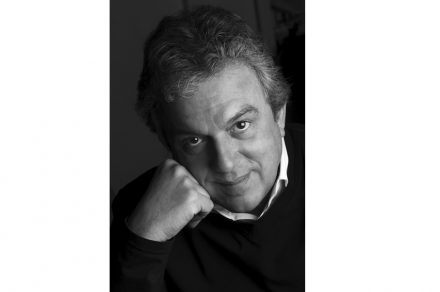