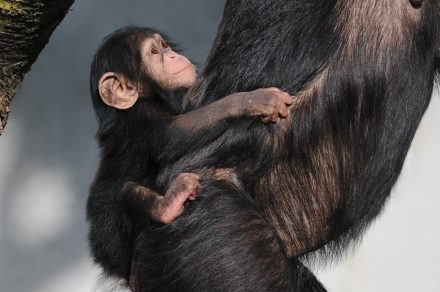 Certain primates have reached the Stone Age because they use stones as tools according to a BBC report. But they are not expected to develop beyond this stage: Man changes the ecology to such an extent that the primate population will remain too small to further develop its tools autonomously (1, 2).

Inscribed in a marble wall at the USS Arizona Memorial are the names of the 1,177 US-soldiers who died at the Japanese attack on Pearl Harbour on December 7, 1941 (1, 2).

Veronafiere, the organizer of Marmomacc fair, will be transformed into a joint-stock company, trading under the name Veronafiere SpA. Investments until 2020 will reach €94 million being mainly spent in the sectors of wine/food and marble/construction. Most important targets are the US, China, Brazil and African countries
(Italian).

Under the name „AkdoLAM“ Turkish Silkar/Akdo Company has brought out a stone paneel with honeycomb aluminum structure. 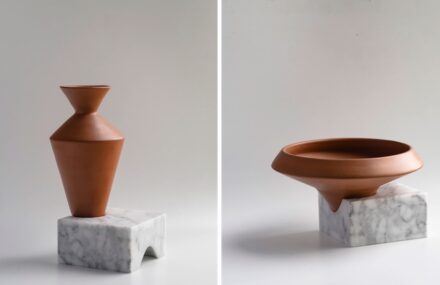 „Trascorso“ (past) is the name GumDesign gave its terracotta vases standing on a white marble base. Both are earthy materials according to the designers in a press-release. The pieces are available from MarmoService Company.

The Natural Stone Institute has announced collaboration with the Gary Sinise Foundation. In 2017, MIA+BSI will provide support to specially-adapted smart home building projects for severely wounded heroes and their families through the Foundation’s R.I.S.E (Restoring Independence Supporting Empowerment) program. As part of this program, MIA+BSI members will provide natural stone materials, fabrication, and installation for these homes across the United States.

Through the Natural Stone Promotional Campaign MIA+BSI is currently working with six bloggers who have each posted informative blogs about natural stone. One example from the portal Houzz.

Spanish Cosentino group has opend a new center in Hedensted, in the Danish region of Jutland.

Italian Pibamarmi has supplied the stone for flooring and coverings at the Hotel Meliá Campione in Campione d’Italia.

Trade Fair Cersaie international exhibition of ceramic tile and bathroom furnishings will continue to take place in Bologna from 2017 through 2020 with an option for a subsequent two years as was communicated by the Trade Organization Confidustria Ceramica in cooperation with the Bolognafiere Trade Fair Organizers. A central element of the negotiations „was the investment to upgrade the exhibition center“ as reported.

Video of the Month: a barrow reconstructed according to mankind’s earliest creations of stone structures to commemorate the dead has been taken into operation in England. Its niches will carry urns of cremated remains (Video, 1).