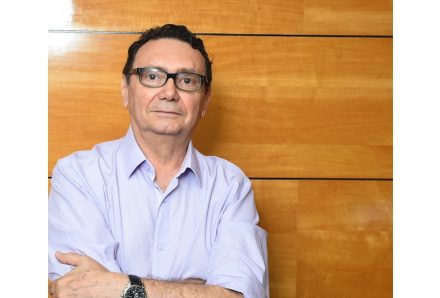 Interview with Carlos Rubens A. Alencar, head of the Fortaleza Brazil Stone Fair

The economic measures taken by US-President Donald Trump against Chinese imports to the US will not only affect china and his own country. Also, Brazil being the main supplier of granite to the US will feel the aftermath. Peter Becker from Stone-Ideas.com spoke with Carlos Rubens A. Alencar, head of the Fortaleza Brazil Stone Fair in the state of Ceará, about these consequences.

Stone-Ideas.com: Will Trump’s measures against China effect Brazilian exports to the US?

Carlos Rubens: Long story short: they will create extremely favorable expectations for the increase of exports of Brazilian natural stones to the US. In detail: first, Brazil’s main export product to the US is slabs and Trump’s measures will raise our competitiveness in this field. Second: the American market has been a major buyer of artificial quartz surfaces, especially of Chinese origin, and here also our Brazilian producers may benefit. Third: the tariffs on that artificial quartz may also favor Brazil’s exports of natural quartzite. These stones are a trend on the US market and by the way, the most famous sorts like Taj Mahal, Perla Venata, Perla Santana, Avohai or Naica are all products from Ceará.

Stone-Ideas.com: But has the Brazilian stone industry sufficient capacities for finished products to increase its deliveries to the US?

Carlos Rubens: The Brazilian industrial park has doubled in the last 5 years, and this was due to huge investments in equipment with diamond wire. Brazil currently has the largest park of this equipment worldwide, and as our internal construction market is still slow, we have enough capacities to meet any possible increase of demand without difficulty.

Carlos Rubens: Certainly there will be a significant drop in this field, but the gains from the possible increase in exports of intermediate and finished products to the US will compensate for this. Currently, the export of blocks to China corresponds to not more than approximately 13% of the total of our stone industry’s exports.

Stone-Ideas.com: Would you like to give a general comment on Trump’s economic measures used for political purposes?

Carlos Rubens: Global geopolitics is in a strong transition and conservative advances are occurring in major economies. The US, which is the most important Western economy, undergoes major changes and protectionist measures are part of this new model. The globalization that was created and consolidated by consensus established mainly in the US, has been heavily hit and this has important repercussions globally. China, which became the largest economy in the world in 2014, has been the target of US trade reprisals, but the repercussions of these actions cannot yet be measured, as well as the extent of possible Chinese reactions. Europe under the leadership of Angela Merkel seeks to find new answers and awaits the outcome of Brexit. At the center and above all else, the financial system continues, reigning without borders and establishing the parameters of the world order.