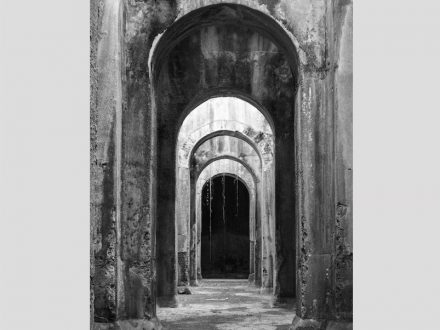 „Re-Use the Roman ruin” is the motto of the Re-use competition with awards of 3500 €, 600 €, and 400 € plus 7 honorable mentions. This year’s task is to transfer the Roman water reservoir Piscina Mirabilis close to Naples into a contemporary art museum.

The competition is only virtual: there is no real museum planed and the winners, honorable mentions, and other selected projects will only be shown during an exhibition in Bacoli (Naples), probably mid-July 2020.

The deadline for entries is June 19, 2020. The competition is open to anyone older than 18 years. Groups of at maximum of 4 people are allowed.

The intellectual property of the entries remains to the creators. Re-use Italy will keep the right to publish and promote the design on their own discretion for format, size, and layout. 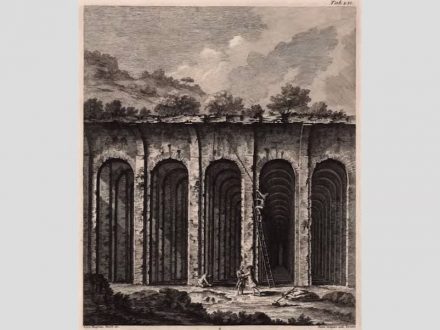 The Piscina Mirabilis was a Roman reservoir built by Emperor Augustus to supply water for the headquarter of his western Mediterranean war fleet and the cities of Naples and Cuma. It is located in the municipality of Bacoli, at the Lake
Miseno (the ancient Misenum), within a hill which faces the Bay of Naples. The gigantic reservoir, 72 m long and 27 m large, is the terminus of an aqueduct built by the order of Augustus.

The Piscina was probably constructed between 33 and 12 B.C. and can be considered one of the biggest Roman reservoirs with a volumetric capacity of 12,600 m3 of water. Majestic is its appearance like a cathedral: It was dug out a tuff hill and has 48 pillars, arranged on 4 rows serving as a support to the barrel vault, with 5 principal aisles on the long sides and 13 secondary
aisles on the short sides.

The contest is powered by a partnership with ArchDaily, KooZA/rch, 120g, EX32, and with the official support of the Parco Archeologico dei Campi Flegrei, the Municipality of Bacoli (Naples) and the National Trust for Italy (Fondo Ambiente Italiano, FAI).

Last year’s competition had been about the Castle of Ripafratta, one of the most important fortresses of Tuscany. It had been a ruin since the XVI century. Its last renovation had been designed by the famous renaissance architect Antonio da Sangallo in 1504, together with Leonardo da Vinci.