Call for art-in-architecture for the new headquarter of the Römisch-Germanisches Zentralmuseum (RGZM) in Mainz, Germany 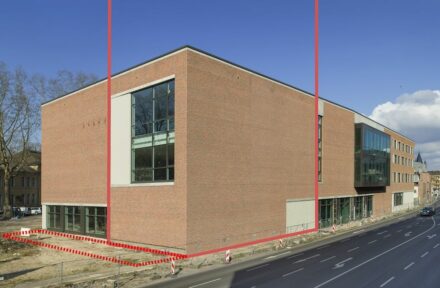 Participants: professional artists or groups living in Europe. The language of the competition is German.

Competition: two-stage competition art-in-architecture for the new headquarters of the Römisch-Germanisches Zentralmuseum (RGZM) in the city of Mainz. “The aim is to create an identity-defining feature for the new building that will fit into this key location within the urban fabric and exhibits a clear reference to the work of the RGZM in its substance,“ as said in the information.

Where: Mainz, capital of the state of Rhineland-Palatinate, Germany

Process: in the first phase of the competition (Draft Phase) interested parties may enter draft concepts. There is no royalty in this phase.
Out of these entries, 10 participants for the second phase (Competition Process) will be selected. They are invited to create design proposals. The royalty is € 1,500 (gross) each.
More than this, the organizer plans to bestow prize money on the three best entries:
1. First prize: € 6,000 (gross)
2. Second prize: € 4,000 (gross)
3. Third prize: € 2,000 (gross)
For the realization of the selected art-in-architecture task, a maximum of € 230,500 (gross) is available.

Deadline for entries is January 31, 2021. Completion of the artwork is scheduled for the end of 2021. 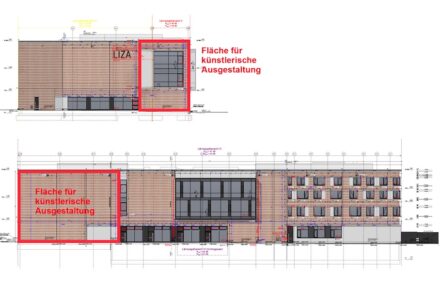 Background: The Römisch-Germanisches Zentralmuseum (RGZM, Leibniz Research Institute for Archaeology) located in Mainz is one of the largest archaeological research institutions in Europe. Its new headquarters are located in the immediate vicinity of the former Roman theater and the Museum of Ancient Seafaring.
The research carried out by the RGZM aims to interpret human behavior and action, humans’ impact and their thinking, as well as the development and changes in societies from the beginning of the history of humanity to the High Middle Ages.
It is a place both for study and for dialogue with the general public: Modern research and an educational mandate go hand in hand, whereby the aim and the object of the research are paramount and determine the content and objectives of the knowledge transfer. The new headquarter play a central role in this communication concept.
“With the execution of this art-in-architecture task, the organizer aims to send a strong signal with a major outward impact for the museum’s content and ambitious educational objectives,“ as said in the documents.