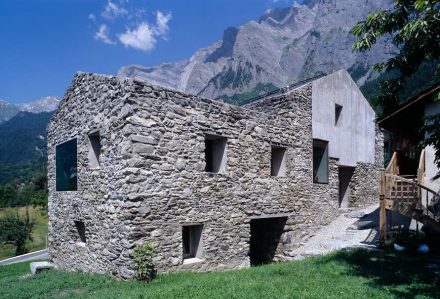 The inconspicuous building has been standing at the foot of the cliff in the Swiss canton of Valais since 1814. Built in stone with some front sections in wood the building was showing its age, that is until the new owner renewed and reconstructed it to fit his plans for a house including art-gallery and atelier.

Architect Laurent Savioz conserved the greatest part of the building while transforming it to something very special. The stone façade was kept intact. The wooden siding was replaced by concrete poured into wood casings. The surface of the concrete thus took on the appearance of wood which had imprinted its grain in it.

The architect was reserved as far as enlarging the windows was concerned although the magnificent sight is one of the main assets of the building. The interior and exterior were completely refurbished and fitted with insulation, heat recovery, and solar cells on the roof, so the house now runs on a bare minimum of energy.

The façade of stone and concrete give the building a minimalistic character, underlining the character of the structure as typical for the region according to the architect. 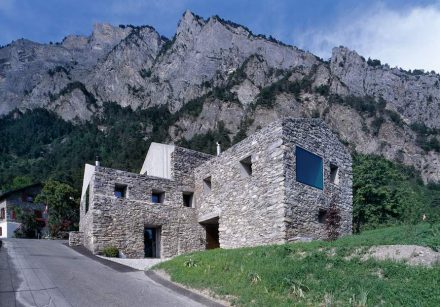 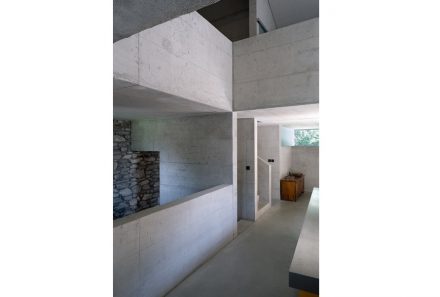 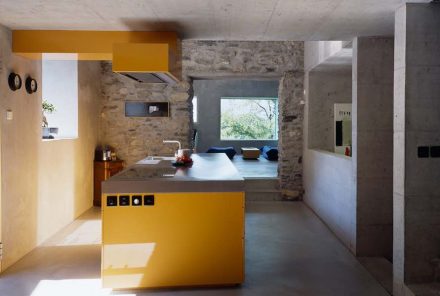 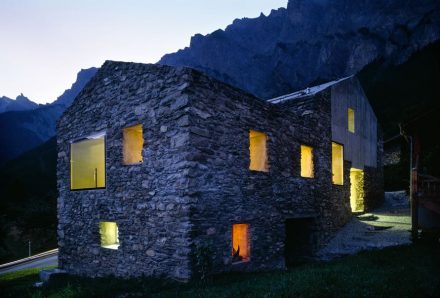