Design: From shape to shape 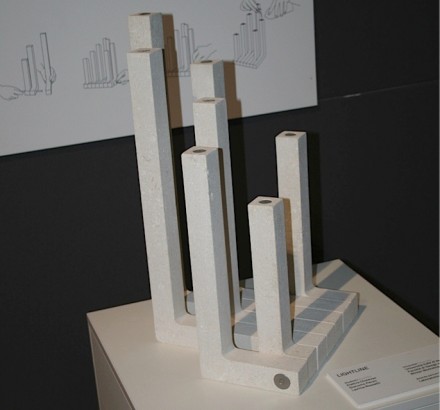 (December 2012) Students at Venice’s IUAV University’s faculty of design and arts were given the task of „waste free design“ as a project, i.e.: how to avoid waste beginning with the product draft. Professor Paolo Ulian, an experienced designer for natural stone himself, Salvatore Indriolo and Alessandra Pasetti initiated the project. Stone was provided by Laboratorio Morseletto.

Admittedly: 100% waste-free production is not possible because the raw block needs to be cut.

The object was to develop ideas to produce as little waste as possible. All but one of the ideas were based on interlocking shapes – the exception will be presented at the end of the article. 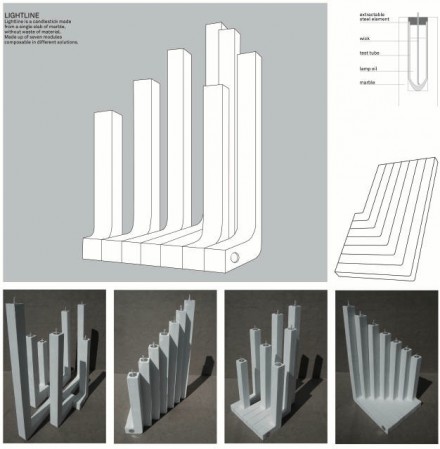 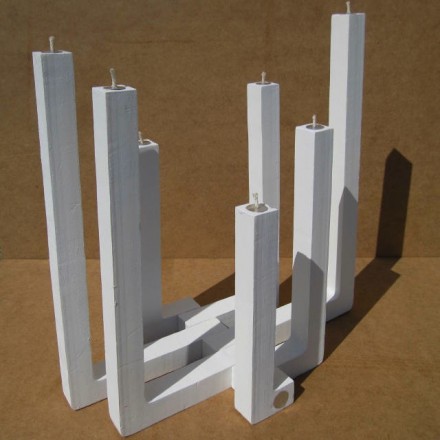 The pieces can be combined in a number of ways and are held together at the base with a bolt. 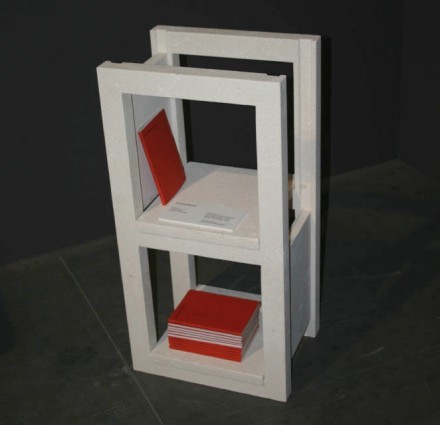 The „Dueminuti“ shelf-system by Fabio Orlini and Nicolò Pizzolotto pursues a similar idea: the cut-outs from the side-panels are used as a shelf or back. 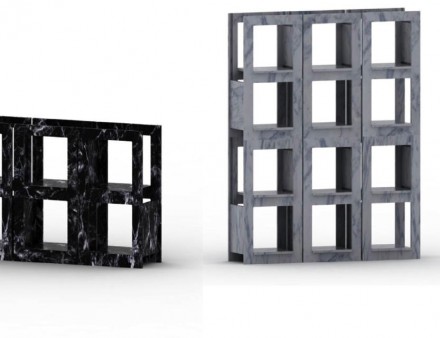 The name alludes to the quick assembly – no instructions needed. The elements are stable due to their mass alone. No messy adhesive or complex mounting. 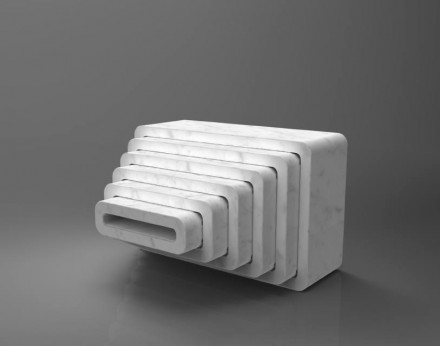 Little wonder that some students picked the well-known Matryoshka or nesting doll as their role-model for „Moli“. Riccardo Visentin and Fabio Ghirardello, e.g., cut out box-shapes with rounded edges set one in the other each cut out of a block. 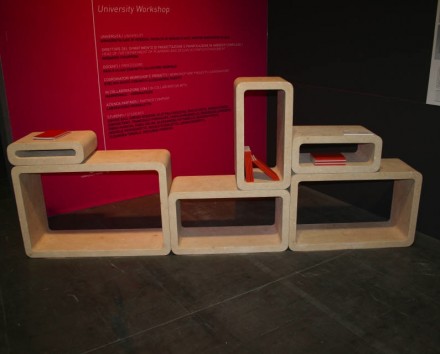 The elements can be mixed and combined in as desired, albeit with the help of strong hands. 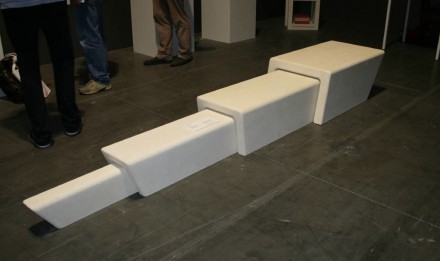 The „Family“ bench by Giulia Costa, Francesco Fornasier and Alessandra Pattarello is constructed on the same principle. 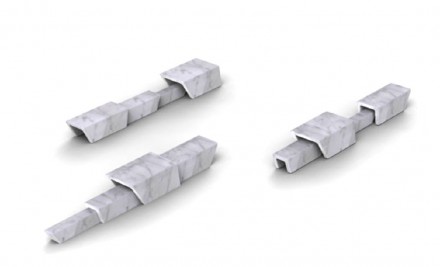 The single pieces can be rearranged and each one can also stand olone. 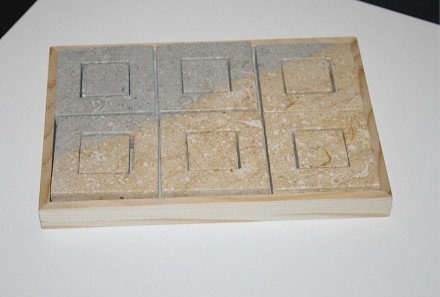 Enrica Cunico and Francesca Lorenzon restricted „Vaein“ to two dimensions in a kind of puzzle. 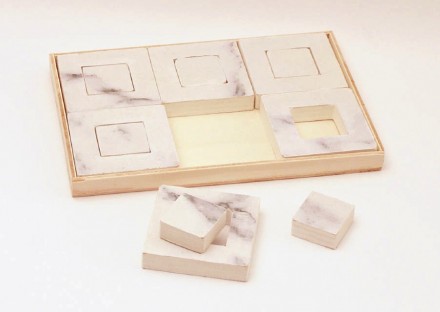 The name „Vaein“ is a pun and a homonym combining vein and vain alluding to the veins in the stone, which create a pleasing pattern. 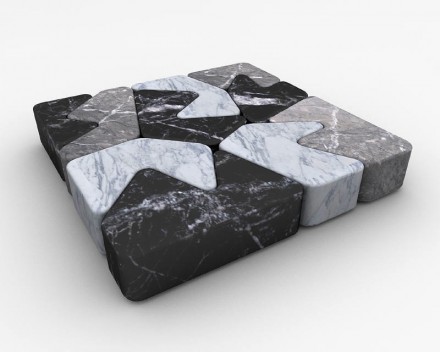 Putting waste to good use was the basis of the puzzle „Teclithos“ by Davide Baù, Simone Fant and Diego Marcon. 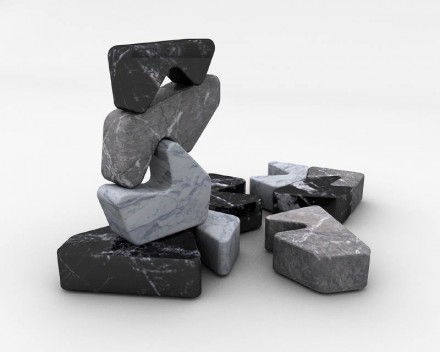 In this and the previous examples the product can be seen as a type of building set if the pieces are placed decoratively in a room. 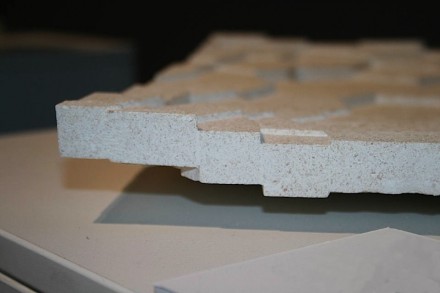 Arrigo Bedogni, Michele Perissinotto and Eleonora Toniolo designed the radically different piece mentioned at the beginning of the article. It goes by the name of „Dasmòs“ and can be used e.g. as a shallow dish. The novelty of the idea is: While often a lot of waste is the result of an attempt to reduce labour costs, in „Dasmòs” a lot of labour is invested in creating the object. Here, a slab is cut into multiple pieces which are glued back together at various levels creating a three-dimensional piece. 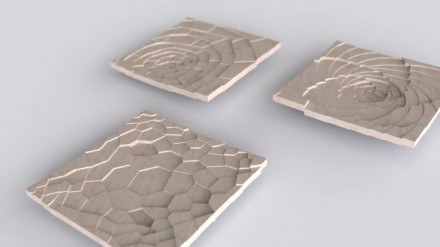 Fitting the pieces back together has another advantageous side-effect: the possibilities of implementation are practically boundless.

Cutting waste is important for the stone industry: competitors from the ceramic and engineered stone industry are quick to point out that stone has a disadvantageous ecological foot print in this respect. Cutting waste also allows a higher profit margin for stone masons and the stone producing industry.