The Graveyard in the future: low costs, an ecological beacon, a place for communiaction, and digitalization 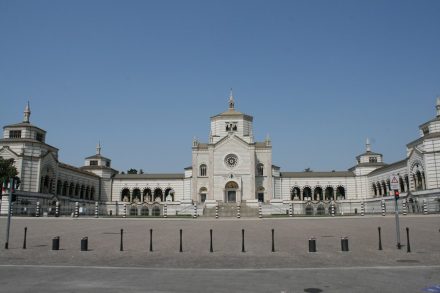 At Nuremberg’s Stone+tec, a congress analysed the changes currently occurring in burial and graveyard culture and the implications these changes will have on the branch

Nuremberg’s Stone+tec (June 13th to 16th 2018) held its first congress on burial and graveyard culture. The event, which was orchestrated for the fourth time, takes a close look at ways to make burial rites and rituals more modern and adapt them to the needs of the future: „Symbolically different, aesthetically different, and different with respect to burial rites“ to quote one of the speakers.

It is a central theme not only for the stone branch in Germany – in every industrialized country, more and more burials are being conducted anonymously in unmarked sites, and in special grave-forests where gravestones are no-longer erected.

Burial Fees
„The best graveyard-offer must measure up to the best alternative on offer“, according to Prof. Reiner Sörries, specialist in burial rites and rituals and one of the key speakers.
Some of the questions were:
∗ How to cut costs to make burial fees more affordable?
∗ Is the cost-collection customer-friendly for the loved ones who are left to pay the bills?
∗ Are public-private partnerships a viable alternative for running a graveyard?
∗ Can extra land or even entire graveyards be sold as real estate?

Ecology
The general consensus at the congress was that ecology is a central point of focus for graveyards and will continue to be. „Burial sites and nature reserves will amalgamate more than ever before“, according to Prof. Gerhard Richter’s (ret. member of the teaching staff at the University of Applied Sciences Weihenstephan) forecast.
With this he means:
∗ Graveyards must be ecological „beacons“: „green“ measures must be undertaken for all to gage; the graveyard administration should publish reports on ecology regularly;
∗ Ecological interests should be embedded in a religious overall concept; a slogan or credo could e.g. be: „We believe that we must thank God for this Earth and all its Creatures“;
∗ Caskets could be make of ecologically friendlier material;
∗ Certificates for „green burial sites“ and „green burial rites“ could be issued.

A place for communication
One of the key distinguishing factors of a graveyard in the future will be that it will serve as a place to share thoughts. Along with the bereavement, considered as the communication between the deceased and his loved ones, there is room for communication among the bereaved and with other still living.
∗ A special bereavement path could lead visitors along points of reflection
∗ Cafés could be points for gathering for non-bereaved visitors

From there, it is but a short step to the graveyard as a public park: to make it viable it will be necessary to „attract visitors with points of interest for the general public“:
∗ In the Netherlands theater performances are regularly held in cemeteries, in some German cities, summer theater or light shows attract the public;
∗ In Munich some graveyards participate in the Long Night of Museums;
∗ Vienna’s central graveyard is equipped with e-bikes for visitors;
∗ And what about the cemetery administration: is it more than merely commands and restrictions?

Digitalization
And last but not least, it is time to digitalize graveyards. Prof. Sörries: „It is time to wed the analog world with the digital world.“

The latest developments made Wireless LAN available on the cemetery and an app led visitors to the grave they wished to visit. But at graveyard 4.0 much more awaits us:
* Online reservation and purchase of space is already available in Vienna;
* Remote control landscaping and aerial photography;
* Video monitoring of the cemetery hall with virtual participation

In light of such ideas, sceptics might ask: can virtual participation at a burial on the internet ever replace the graveside final farewell?

Facts and figures on the situation in the branch in Germany can be viewed on the Website of the National Organization of German Undertakers (Bundesverband Deutscher Bestatter):
* annually about 680,000 people will die in Germany alone;
* burial is the rite of choice in 45.5% of funerals, surpassed by 54.5% for cremation;
* 2.5% of cremations chose burial at sea and 5% anonymous burial as the final rite.