Exceptional fossils may need a breath of oxygen to form 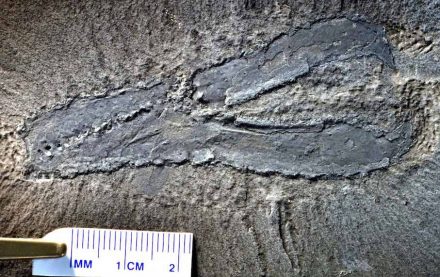 Some of the world’s most exquisite fossil beds were formed millions of years ago during time periods when the Earth’s oceans were largely without oxygen. That association has led paleontologists to believe that the world’s best-preserved fossil collections come from choked oceans. But research led by The University of Texas at Austin has found that while low oxygen environments set the stage, it takes a breath of air to catalyze the fossilization process. „The traditional thinking about these exceptionally preserved fossil sites is wrong,“ said lead author Drew Muscente. „It is not the absence of oxygen that allows them to be preserved and fossilized. It is the presence of oxygen under the right circumstances.“

The best-preserved fossil deposits are called „Konservat-lagerstätten“. They are rare and scientifically valuable because they preserve soft tissues along with hard ones – which in turn, preserves a greater variety of life from ancient ecosystems. 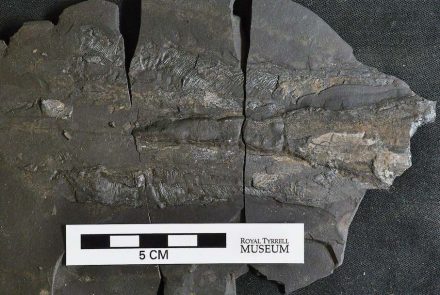 The research examined the fossilization history of an exceptional fossil site located at Ya Ha Tinda Ranch in Canada’s Banff National Park. The site, which Martindale described in a 2017 paper, is known for its cache of delicate marine specimens from the Early Jurassic – such as lobsters and vampire squids with their ink sacks still intact – preserved in slabs of black shale.

During the time of fossilization, about 183 million years ago, high global temperatures sapped oxygen from the oceans. To determine if the fossils did indeed form in an oxygen-deprived environment, the team analyzed minerals in the fossils. Since different minerals form under different chemical conditions, the research could determine if oxygen was present or not.

The analysis involved using a scanning electron microscope to detect the mineral makeup.

The workup revealed that the vast majority of the fossils are made of apatite – a phosphate-based mineral that needs oxygen to form. However, the research also found that the climatic conditions of a low-oxygen environment helped set the stage for fossilization once oxygen became available.

That’s because periods of low ocean oxygen are linked to high global temperatures that raise sea levels and erode rock, which is a rich source of phosphate to help form fossils. If the low oxygen environment persisted, this sediment would simply release its phosphate into the ocean. But with oxygen around, the phosphate stays in the sediment where it could start the fossilization process. 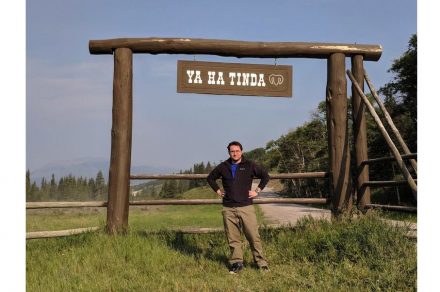 Muscente said that the apatite fossils of Ya Ha Tinda point to this mechanism.

The research team does not know the source of the oxygen. But Muscente wasn’t surprised to find evidence for it because the organisms that were fossilized would have needed to breathe oxygen when they were alive.

The research was published in the journal PALAIOS

The University of Texas at Austin