The enigmatic sculptor of the “Barbus Müller” finally unmasked 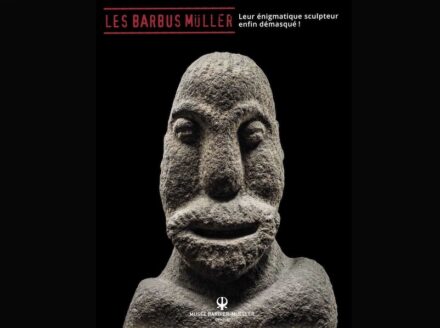 In 1939, strange sculptures appeared on the Paris antiquities market. Possessing a boundless curiosity, Josef Müller, the founder of today’s Barbier-Mueller collection on display at the eponymous museum, could not fail to be drawn to these basalt creations, and he acquired an entire lot of them.

Jean Dubuffet met them in 1945 in the studio of the Japanese pedestal maker Inagaki. Fascinated by these strange creations with a striking family resemblance, he baptized them all “Barbus Müller”, probably after the beard that certain pieces sport and the name of Josef Müller, who had acquired the greatest number of them.

Dubuffet published them in a small leaflet containing the founding text on his concept of Art Brut (reissued as an insert in the exhibition catalogue). He also organized an exhibition in 1947 at the Foyer de l’Art Brut in Paris. 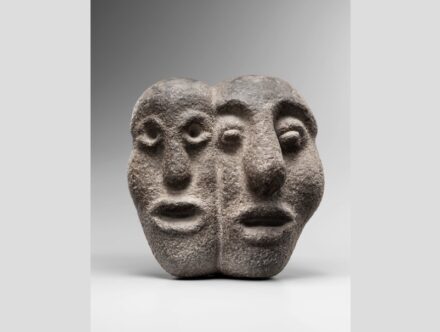 Nothing was known about these statues, al with less than 1 m height. When Josef Müller acquired them, they were described as “Celtic heads in stone, Vendée”, but various provenances were attributed to them over time, including the Americas and Oceania.

The riddle now appears to be solved. Thanks to a detailed study conducted by Bruno Montpied, a writer, painter, filmmaker, researcher, and emissary of Art Brut and spontaneous arts, the identity of the sculptor has been revealed (for some of these Barbus Müller, at least): They are the work of a peasant-artist named Antoine Rabany (1844–1919). In 1907, he stared as a self-taught sculptor, maybe inspired by art he had seen during his military service in North Africa or by the figures at a cemetery chapel in the Auvergne close to where he lived. Between 1907 and 1919, he may have created about 50 works. 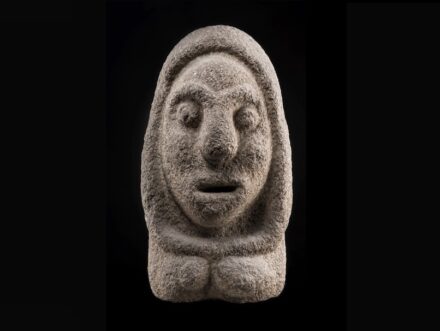 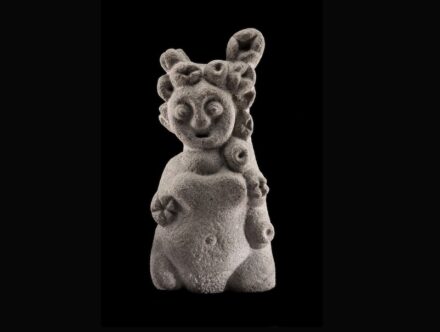 The exhibition shows some twenty Barbus Müllers (not all of which are definitely by Rabany) from the museum’s collection and from private and public lenders. They are juxtaposed with works from faraway cultures to assess the resemblances and differences. Documented is also the investigation by Bruno Montpied.

From September 08, 2020, to February 28, 2021, the Musée d’ethnographie in Geneva hosts the exhibition “Jean Dubuffet, a barbarian in Europe”. Its focus will be on the Dubuffet’s visit to post-war Switzerland, a decisive journey in defining his idea of the “Art Brut”.