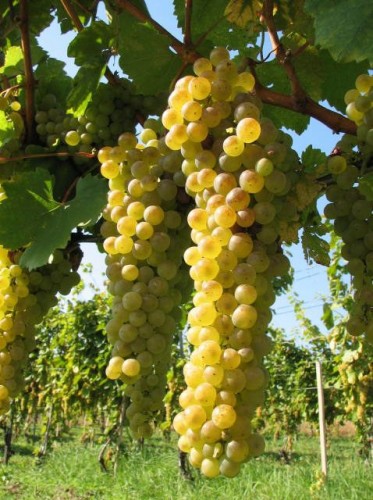 (September 2011) In this country, so it is said, not only tipsy foreigners have difficulty reading the printed language: the language makes ample use of accents and umlaut. It is also said to be closely related to Finnish. We are talking about the Hungarian Tokaj region situated in Borsod-Abaúj-Zemplén county, centre of the Tokaj-Hegyalja wine district, where the famous Tokaji white wine is produced. For the first time ever, Hungary has dedicated a prize for building in natural stone and it went to architects Építesz Stúdió for their design of the Füleky winery in the district of Bodrogkeresztúr.

The building site is situated at the foot of an historical winery already restored with much care for detail. The 15th century town chapel is in immediate proximity. The old buildings were in dire need of refurbishment – run down and inconvenient. But instead of demolishing them, architects first knocked off the grout exposing century-old stone walls.

These were then stabilized and integrated into reinforced concrete structures. Where new facades were needed, they were constructed in the same yellowish whinstone originally used stemming from the town of Mád nearby. Volcanic tuff or whinstone is typical of the area, making up the foundation of the area’s traditional wineries as is also the case for Füleky.

The roof tiles were made of stone plates emulating the pattern of neighbouring rooftops. The winery was restored in December 2010.