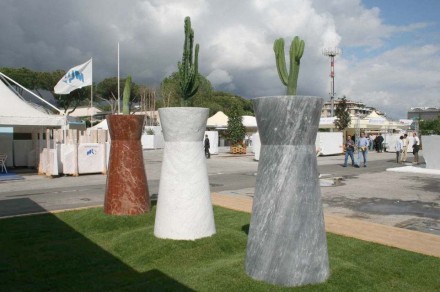 (October 2011) Lower sales but higher turnover. That is the interpretation of Italy’s value-added marble sales exports from January till May 2011 in a nutshell. According to statistics published in Internazionale Marmi e Macchine (IMM) Carrara sales were up by a whopping +6.3% despite a considerable decrease in tonnage (-10.2%. (see table)

European countries were the major customers. IMM Carrara’s press release states Germany, Austria, France and Poland as the most important trade partners with Switzerland and Russia showing a „very positive trend“, „while Turkmenistan and Croatia stood out as lively markets but in terms of quantity and with still limited values“.

Exports to the USA were up slightly by +4.4% to a total of 83.8 million €. The reason here, too, is that better prices could be attained. The total tonnage was more or less constant +0.7%. Marble finished products were the major export item.

In the Middle East Italy could also show an increase in turnover. But the total sales to these countries remains moderate at 14 million € according to IMM Carrara. 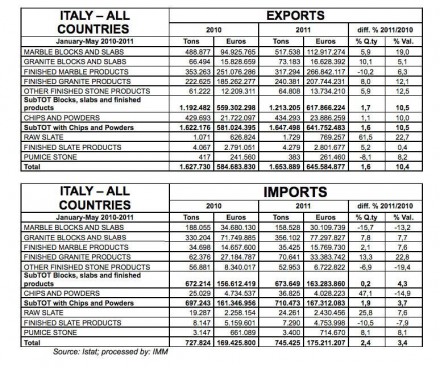