Fairs: Chinese exhibitors had hall 3 almost to themselves 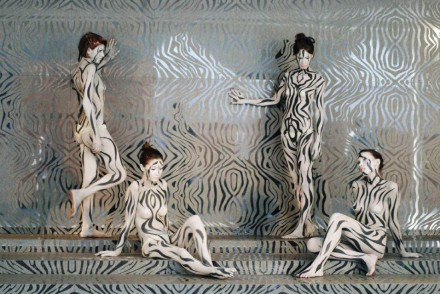 (November 2011) „Marmomacc speaks in foreign tongues“ was the title of a report in Verona’s L’Arena about the inaugural day of the trade fair this year. It could have been interpreted as a positive trait. But the connotation was that there were more foreign exhibitors than local participants and that Italy’s local companies depend heavily on exports.

Drastic words of the industry’s representatives fell. „We survive, like everybody, thanks to exports, as 80% of our production is destined for abroad”, to quote Flavio Marabelli, Honorary President of the trade organization Confindustria Marmomacchine.

It would seem that a mood of crisis has spread across the market. „People haven’t got the courage to invest“, according to Francesco Antolini. The reason being fear of the Euro-crisis reaching Italy.

Conversely those enterprises producing high-end value added products are seeing a heyday. As far as design goes, „Made in Italy“ is highly esteemed around the world. Some companies in the branch are busy breaking into new markets like Russia, the Middle East and even the U.S.A.

A fitting play on words was heard at one stand: „With the help of diamond wire saws (and other new technologies) the branch can position marble to rank up with diamonds.“

But the trade organisation Veronafiere was more reticent in its press release to this year’s number of visitors and exhibitors. An increase of 8% in the number of exhibiting companies but only vague figures to other positions (see table below).

According to our own observations which showed indications that the total number of exhibitors was down considerably. The Chinese guests, formerly exhibiting in the upper-level Palaexpo-Complex, this time in hall 3, had the floor almost to themselves.

Moreover, Italian exhibitors had announced in a press release prior to the fair that they would boycott the event, many having switched to design fairs. Others were dissatisfied with the early scheduling of the event.

There was plenty of space. A plus for the organization Le Donne del Marmo (Women in Marble) who awarded their prize to a man this year, architect Mario Botta.

More on Marmomacc 2011 in the next issues. 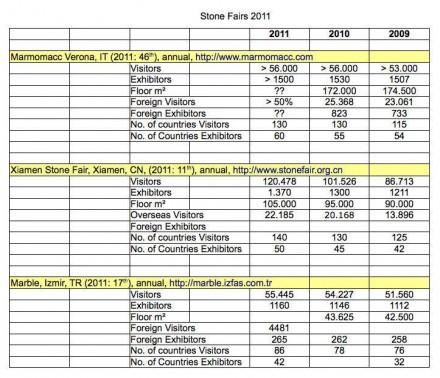