Trade fairs: a look at the branch through Polish eyes 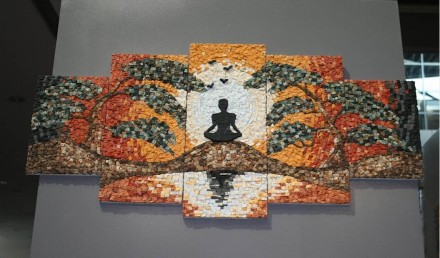 (December 2011) At this year’s Kamień-Stone in the Polish city of Poznań visitors could once again look over the shoulder of representatives of the Organization of Polish Mosaic-artists (SpartM) at work. Join us in a look to two works by Eva Saczka and Lubosz Karwat, who is also the Organization’s chairman. Both can be contacted via the webpage. 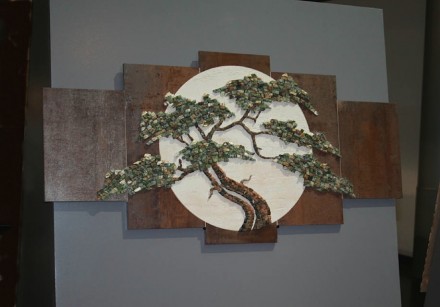 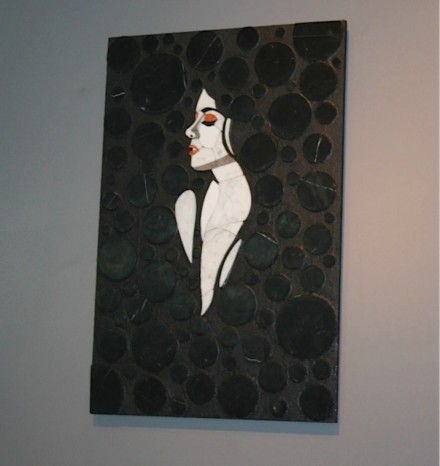 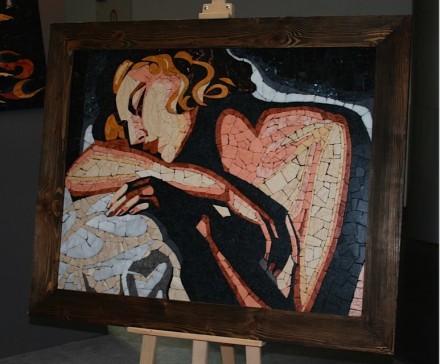 This year’s trade fair included more than 300 exhibitors from 17 countries presenting tools and machinery for stonemasonry as well as stone of interest to architects. What with its near 4% sustained economic growth, the country’s lies well above other European countries thanks in part to the European Soccer Championships to be hosted by Poland next year in cooperation with neighbouring Ukraine.

That is the main impetus for investment in transportation infrastructure and tourism. Experts estimate that a minimum 1 billion Złoty (~ 225 million €, ~ 304 million US-$) will be invested in building hotels with about 100 new hotels opening yearly for the next years.

The trade journal Nowy Kamieniarz once again presented the winners of its design competition directed at students of the Academy of Fine Arts in Warsaw and Łodz to produce every-day consumer products in stone. Companies cooperating in the project produced the prototypes.

This year saw only one winner, Jarosłav Kosek, who produced a Bee-table with a honeycomb-structure and the O-Sink, made of three laminated layers. Realization was by BW Wiśniewscy und Rogala companies respectively.

We also show several drafts which did not win. Students and participating companies can be contacted through Szymon Paz from Nowy Kamieniarz (Mail). 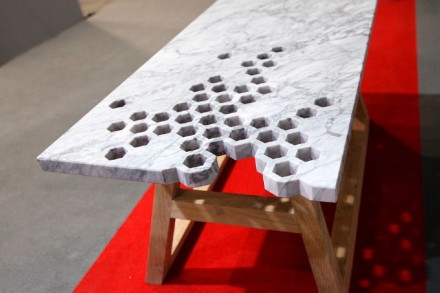 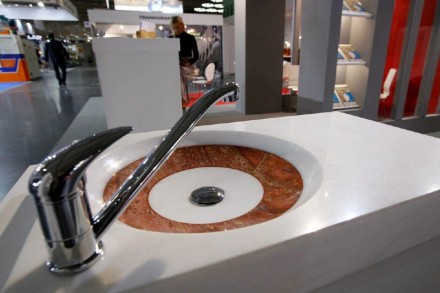 The trade journal Świat Kamienia also presented the biannual „Kariatyda“-Prize. In the category architecture the prize went to Pamir Company for stonemasonry in Warsaw’s Chopin-Museum.

In the sculpture category the prize went to sculptor Tadeusz Biniewicz for his statue of King Casimir the Great in Kowal. In the category gravestones the prize went to the work of stonemason Andrej Weremczuk at the Włodawa-cemetery. A special prize went to Piramida Company for its Buddhist stupa in granite situated in Greece. Contact: Adriana Czekaj (Mail). 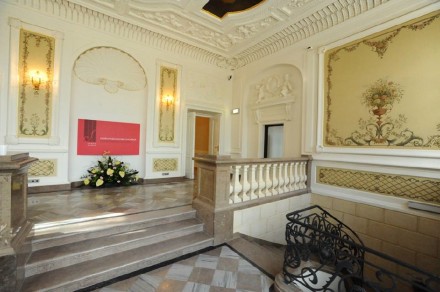 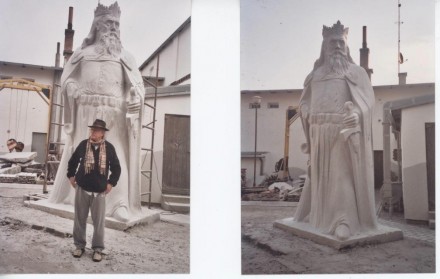 The fair’s social highlight took place on day two when the Organizer’s new „Klaudius“-Prize was presented for the first time. Award-winners and companies are presented on the fair’s webpage.