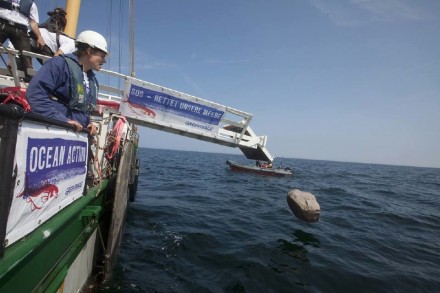 (January 2012) Unseemly custom for the natural stone industry: the environmental organization Greenpeace dumped tons of stone blocks into the North Sea in 2008. The load stemmed from Swedish and Norwegian quarries or were boulders from Germany. The plan was to provide a habitat for marine life. 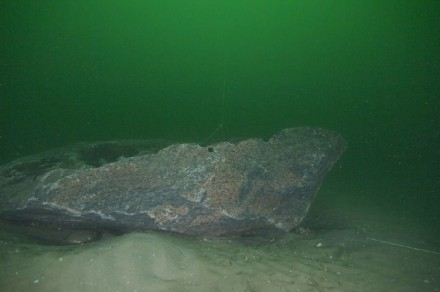 Recent diving expeditions proved that the concept worked to plan: algae, molluscs and small crabs have already moved in making the reef their new home. 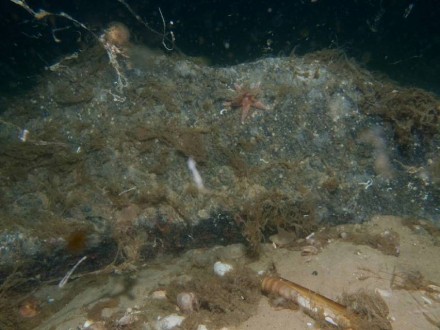 The Sylt outer reef, an area 65 km off the coast of the island of Sylt is, in fact, a marine reserve. But despite its status, the fishing and trawling industry continue to systematically destroy the natural habitat of marine wildlife in the area. The natural reef was destroyed bit by bit.

The original natural reef was made up of boulders and rocks pushed along before a glacier’s path during the ice-age. The mass ceased to move as the glacier melted and was occupied little by little by marine life, providing a home and hiding place for a wide variety of wildlife.

It was Greenpeace’s aim to reconstruct a part of the reef by dropping 320 natural stone blocks and boulders into the sea where they came to rest at a depth of 30 m. 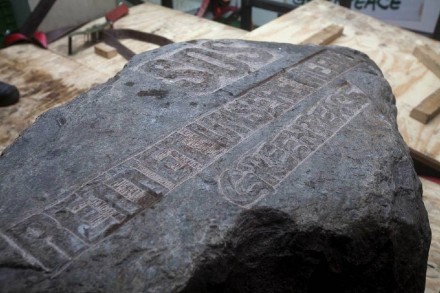