Architecture: Trapezoids and rectangles on glass 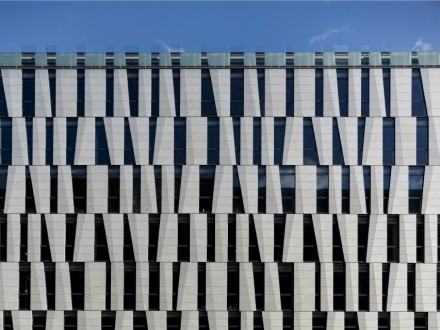 (January 2012) Repetition of geometric shapes defines the façade of Prague’s Amazon Court where trapezoids and rectangles alternate before a glass exodermis in the city’s centre. But that’s not all: flamed and polished natural stone surfaces also interact with diagonal countersymetry.

All in all, the vertical picture presents a cacophony of straight and diagonal lines busied by glass and stone surfaces adding extra movement. 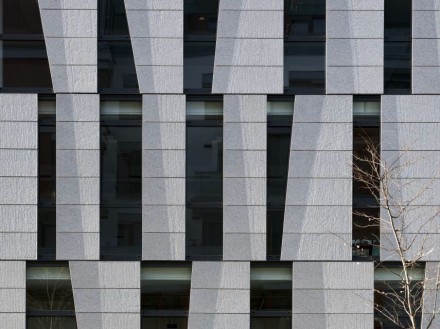 The idea was derived from a building by Danish architects Schmidt Hammer Lassen in Prague itself, more specifically on Hradschin fortification hill. The Palais Schwarzenberg façade was constructed around 1550. in so called sgraffito style made up of alternating layers of black and white grout revealing a pattern when gouged. 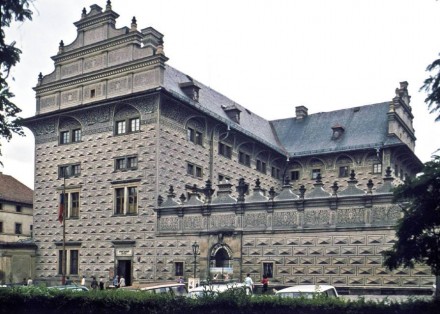 The builders of the palais were attempting to achieve a three-dimensional optical illusion of natural stone. In the case of Amazon Court, on the other hand, the stone is real Star White granite, albeit serving decorative purposes only.

The building is part of Prague’s new River City complex and stands in close proximity upstream of the famous Karl’s Bridge on the banks of the Vltava. The complex is comprised mostly of office buildings interspersed with shops, restaurants, hotels, and dwellings to maintain a lively atmosphere outside office hours as well.

The Amazon Court Atrium deserves special attention. It is open to the public around the clock and provides an optical sequence to the façade pattern. The glass surfaces of the 7 story element are decorated in trapezoids albeit in textile form and in bold colours. Danish artist Anne Marie Plough wanted to lend flair of tropical rain forest. 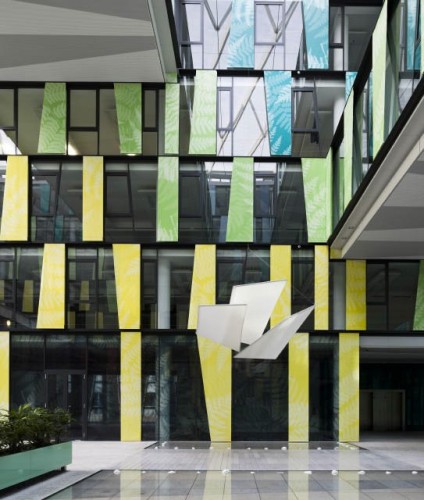 The flooring is paved in marble tiles in one section. In another, small cobblestones, as are often seen in the lanes of the historic city centre, cover the walking surface. 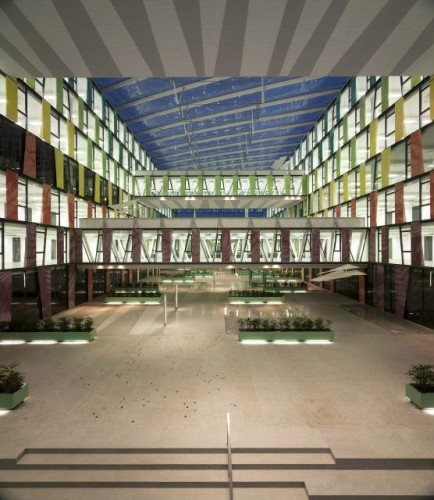 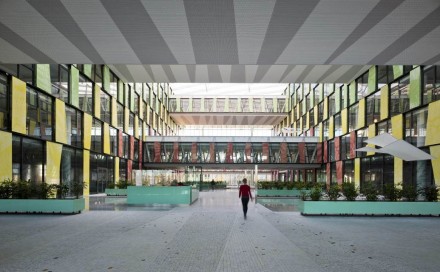 The architects placed great importance in sustainability of the building. Special glass was used allowing maximum sunlight penetration but little heat accumulation. With a series of other implementations aimed at energy conservation Amazon Court is meant to use 50% less energy than standard office complexes and save 65% of costs. The complex was commissioned by Europolis. 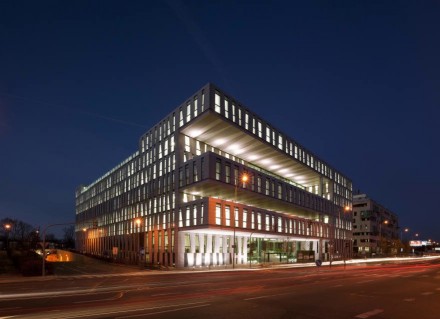