Design: Stone – the verve on the Piazza 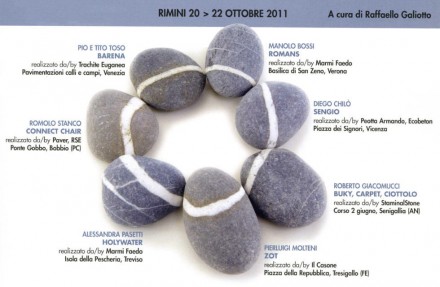 (February 2012) The project’s logo is symbolic of its aim: pebbles are arranged in a circle, their white veins optically joining together in a ring. The project „Da Nido a Guscio” (From Nest to Shell), which took place for the fifth time in October 2011 at the Sun fair in the Italian resort of Rimini, is focused on how to design lively public places that support the local verve.

The concept is the work of designer Raffaello Galiotto as curator in cooperation with colleague-tradesmen and companies who helped realize the drafts in stone. Natural stone defines the character of many Italian cities and historic places. Designer-magazine Ottagono also participated.

As was to be expected, communication was one of the central themes of the project. And since communication has a lot to do with commuting, mobility was the centre of focus of many discussions: space for bicycles was developed by designer Roberto Giacomucci in cooperation with StaminalStone. 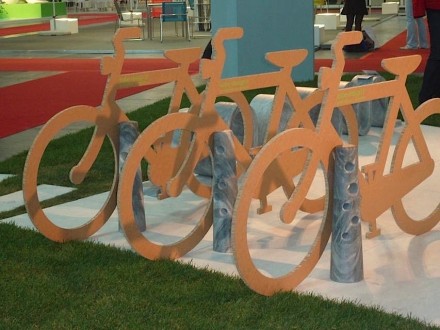 „Buky“ was the name of one bicycle parking lot – a stout perforated pillar. The bike lock is meant to be threaded through the hole to secure the bike. Another was „Ciottolo“ (Cobblestone) – a metal frame serving at once as a place to lean the bike and an opportunity to interlope the lock. 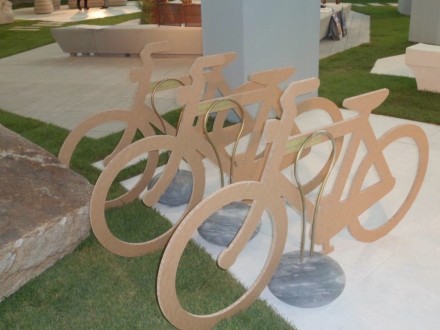 „Carpet“ was more of a challenge. Five bikes can be parked in the folds of the stone. The objects can be bolted to the ground. 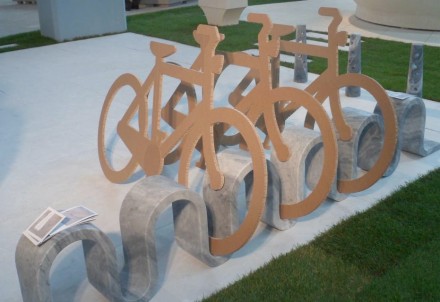 The object was conceived for the town of Senigallia. The material used was Bardiglio Nuvalato marble mined by StaminalStone locally in Carrara. The project was realized by Anzilotti company. 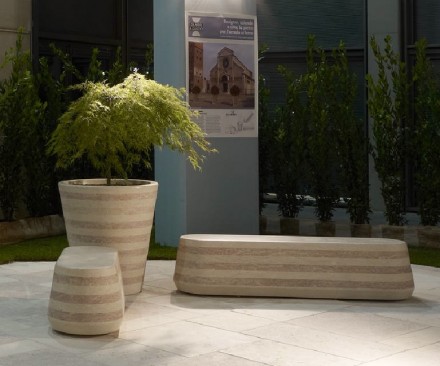 Designer Manolo Bossi’s installation with benches and planters is in keeping with Italian art history: „Romans“ was designed after the Verona’s San Zeno Cathedral. Bossi used Grolla Cream and Grolla Pink marble both polished. Realization was by Marmi Faedo. 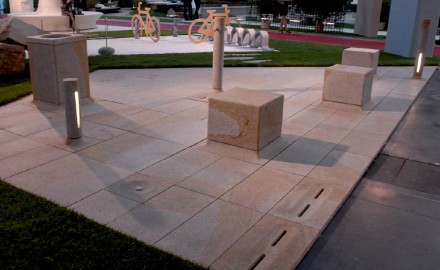 „Barena“ by Pio&Tito Toso was an example of nomen est omen. Barene is where land and sea meet in Venice, flooded at high tide and reverting to salt marsh-land with run-offs at low tide.

The designers saw these interesting natural formations mirrored in Venice’s pavement where stone slabs meet mortises. The urban furniture levitates like sandbanks from the beach. The designers conceived cubic benches and trash bins, round lighting elements and fountains as well as indentations for drainage. 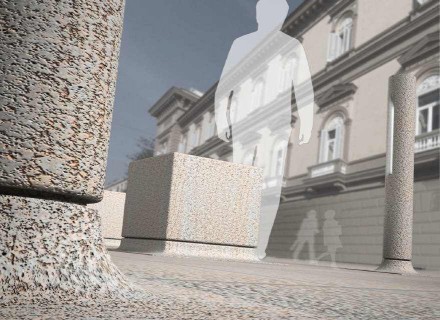 The material used was Trachite Euganae found all over Venice. The work was carried out by an enterprise bearing the same name.

Freeing stone from its traditional role as a material for brazen monuments and turning it to a material for citizens is the driving idea behind „ZOT“ by architects Pierluigi Molteni, realized in Pietra Serena sandstone for Piazza della Repubblica in the town of Tresigallo. 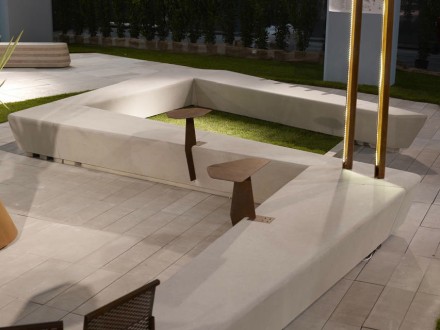 Molteni’s design is a series of oblong elements in standard sizes which can be combined to chatting corners or can be placed to form a meandering line from one end of the plaza to the other. Steel elements can be integrated to form back rests or little tables or pole-shaped lanterns. Bicycles can find slots in the stone to stabilize their position.

Designers like to think up dual functions for urban furniture e.g. seating which simultaneously serves as a planter. Diego Chilò conceived a vase („Sengio“) around which citizens can be seated and in the upper rim of which plants can be integrated. 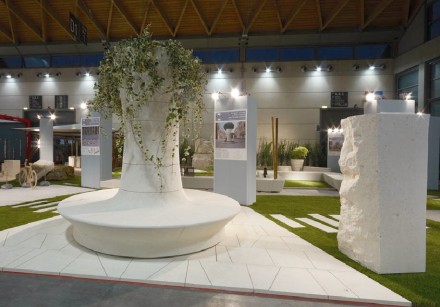 The material used was Pietra di Vicenza often encountered in Vicenza; Renaissance architects have frequently placed their mark there. Peotta Armando produces the rings for the „Vase“ which can be mixed and matched to various heights. The surface treatment was carried out by Ecobeton. 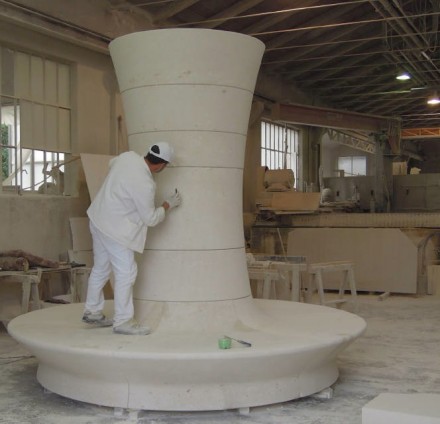 Alessandra Pasetti designed „Holywater“ to serve a dual function. Her aim: to design a fountain which doubles as a bench around the outer rim. The water receptacle and the foot of the fountain are designed to allow animals to quench their thirst. 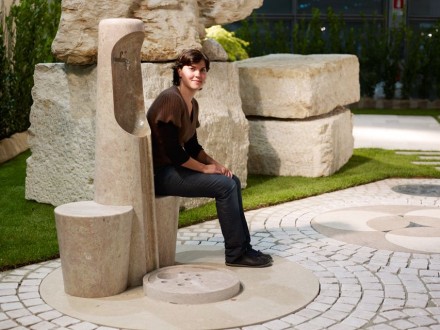 Cobblestone paving reflects a particularity of Isola della Pescharia in Treviso: this is a fish market, so circles in the pavement symbolize water drops. 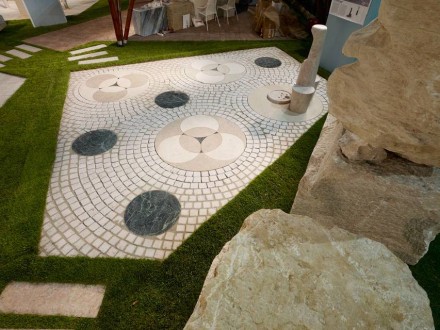 The designer used Grolla marble with polished and sand blasted surfaces. It has same colour as the houses around the plaza. Also implemented: a black stone. Marmi Faedo realized the project.

Another project („Connect chair“) was brought to life by Romolo Stanco and Paver company. 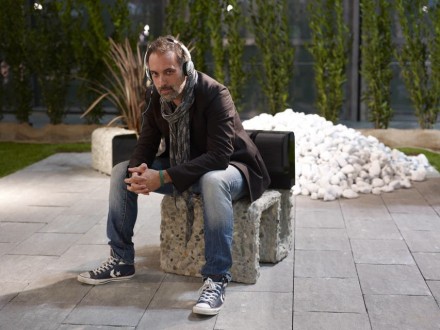