Architecture: Cooking in a noble ambiance 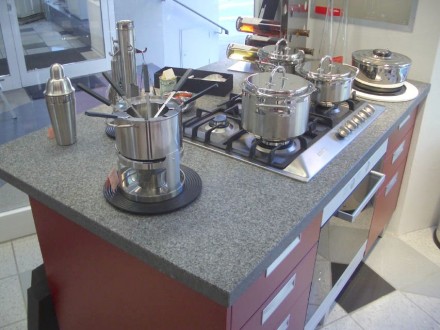 (February 2012) Bohus Grey is an unusually warm Swedish granite whose properties are owed to its slightly beige hue. The surface is brushed giving the stone a modern appearance and making it interesting to the touch. 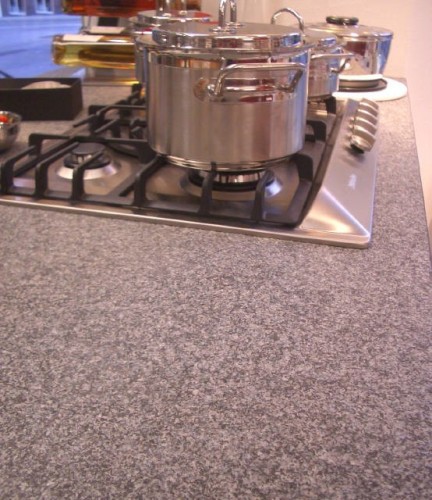 The heavy countertop is 4 cm thick. The reason according to Stefan Wolf of Rechtglaub Wolf Natural Stone: „Standalone kitchen elements have a definite mass. A thin countertop just doesn’t fit in optically.“ Of course thinner slabs can be ordered if desired, but Wolf is quick to add, tongue in cheek: „But they shouldn’t be thinner than the steak or schnitzel to be worked on the surface.“

It is possible to make the counter top look thicker by mounting a surrounding overlapping edge albeit it would be revealed where the sink is mounted. 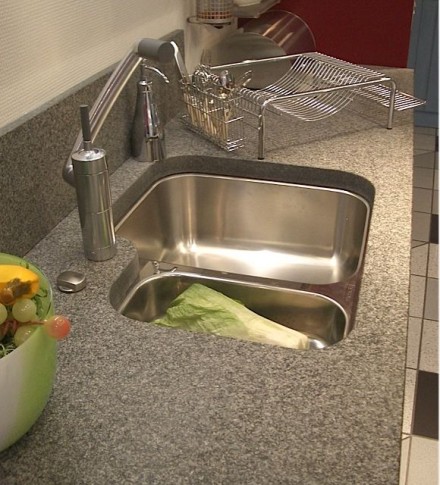 Transportation and mounting of thick slabs is no problem for the professional craftsman. And normal kitchen elements can support the weight.

Manufacturers recommend a splash guard along the wall in the same material. In our example this is a 2 cm-high rectangular tile.

Natural stone and mounting was provided by Natursteinwerk Rechtglaub-Wolf of Germany, Lübeck. (German) 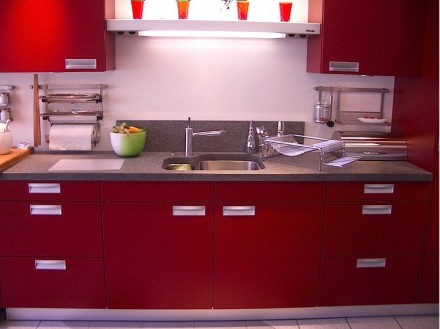 Many readers will think that a 6 m²-kitchen is too small. But a Spanish example in natural stone shows what wonders black and white contrasts can work. The owner chose White Macael and Grey Macael much softer in appearance than black and white tiles would have been. 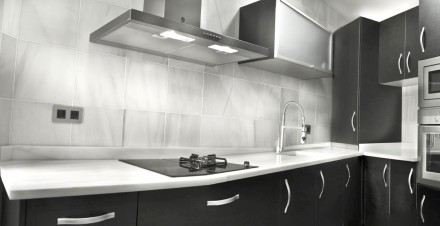 Structures in this stone liven up the appearance. 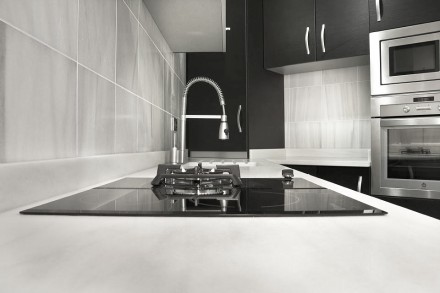 Playing with a variety of surface structures also livens up the appearance: whereas the floor tiles are polished, those mounted on the wall are artificially aged as is the stone countertop. That may seem unusual but the landlord admits: „I like things different.“ Honed stone was used for the sink.

The marble was surface treated for added protection. 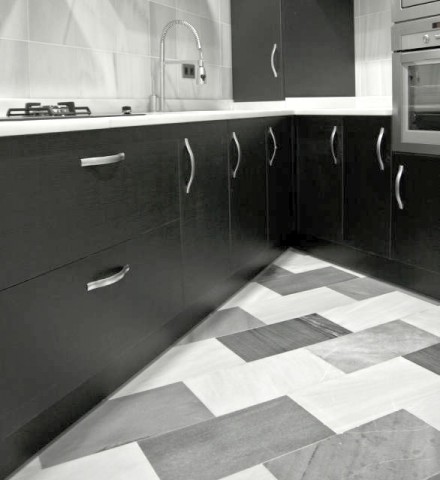 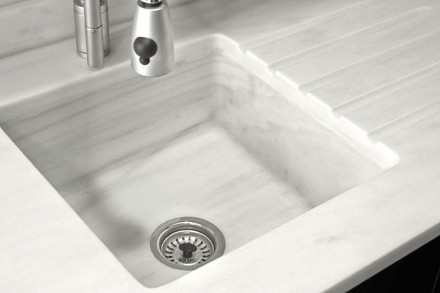 Three types of material define the kitchen „Kaos“ by design studio The Gallery, Majadahonda by Madrid: glass, engineered stone and natural stone – all put to use for the countertop and kitchen elements. Mix and match according to the customer’s wishes.

The stone is granite from the Naturamia-Collection by Levantina Company: the Warwick Satén from India is 8 mm thick and is suitable for doors and wall cladding and cupboards. The stone was treated in a special „Ultrastark“ process to make it impervious and easy-care. 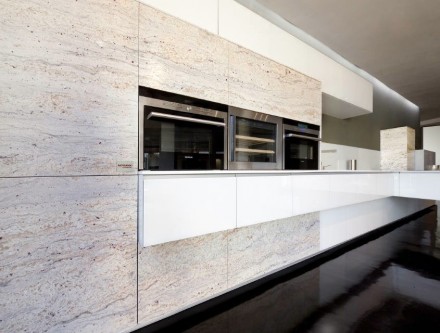 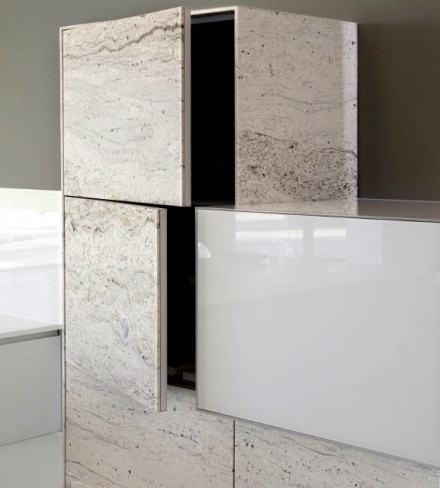 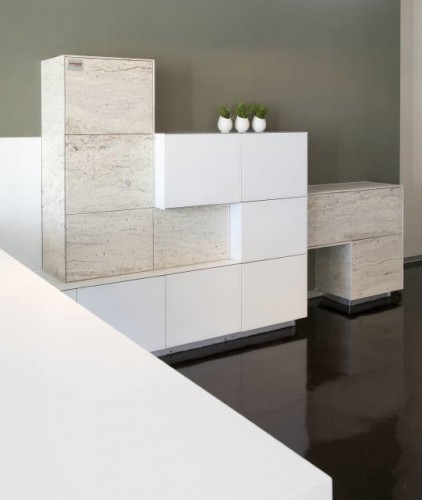