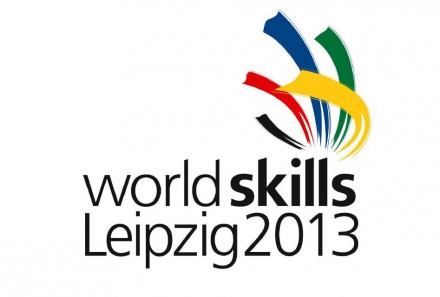 (March 2012) Latest News: In case there will not be enough stonemasons participating in the WorldSkills Competition in 2013 their profession might be forever expelled from these so-called Olympic Games of job competences. We publish a dramatic call we received from Great Britain via France:

„… I would like to introduce myself, my name is Kevin Calpin and I work with TEAM UK and the National Apprenticeship Service here in the United Kingdom. TEAM UK is the team of highly skilled young men and women who compete at the WorldSkills Competition every two years…

Last October in London, we had the biggest ever WorldSkills Competition… There was over 50 countries that entered over 1000 competitors in more than 40 individual skill competitions…

As Chief Expert, I have a responsibility to first of all ensure Stonemasonry is not removed from the WorldSkills Competition because of lack of numbers and second, to contact countries and promote the Stonemasonry Competition. From this, my fervent hope is that the stone industries and colleges around the world will lobby for and support this and register a competitor for the next WorldSkills Competition to be held in Leipzig, Germany in 2013.

As I have stated, WorldSkills rules require 12 countries to register for the 2013 competition by July this year, if we fail to make the required number, Stonemasonry (our wonderful craft) will be lost forever as an official skill at WorldSkills!

I am contacting people in countries who have a thriving stone industry to make their industry aware of the situation and spread the word, and maybe even from a company who have a wide portfolio of work large workforce, to enter a stonemason to represent your country?

Would you be in a position to provide me with the industry lead body or craft guild contact details for your country? Would you also be interested in spreading this message to your contacts throughout Europe? If so I would be grateful if you would include my details and ask them to contact me and I may be able to come and visit or give more information.

For Stonemasonry College Principals, I urge you to identify suitable young stonemasons who could represent your country and contact your WorldSkills Technical Delegate. In addition, you may be in contact with other schools who would be interested in registering a competitor. If required, I can supply you with drawings of past competition projects for information and can help with any competitions you may want to set up.

For WorldSkills, the competitor must have been born on 1/1/1991 or after to be eligible for the competition.

The target countries for me to try and get registrations are: Germany, Holland, Belgium, South Tyrol, Spain, Liechtenstein, Luxembourg, Hungary, Croatia, Estonia, Denmark, Norway and Sweden.

If you are interested in entering a competitor and would like to find out more, please contact me and if necessary, I will come and visit your school or workshops to speak with you. Anything you could to help Stonemasonry to remain an official WorldSkills would be much appreciated.“

The medal winners in London were:

A medallion for excellence went to: Caduff, Manuel, Switzerland. 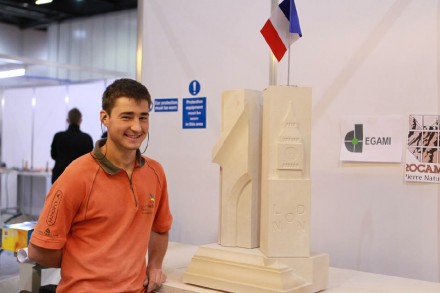 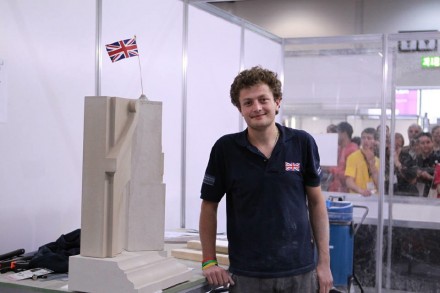 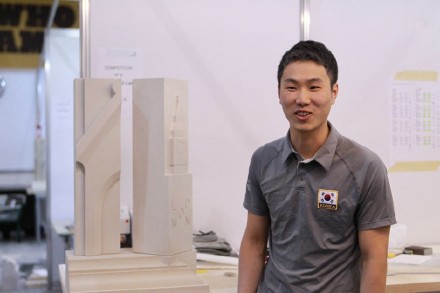 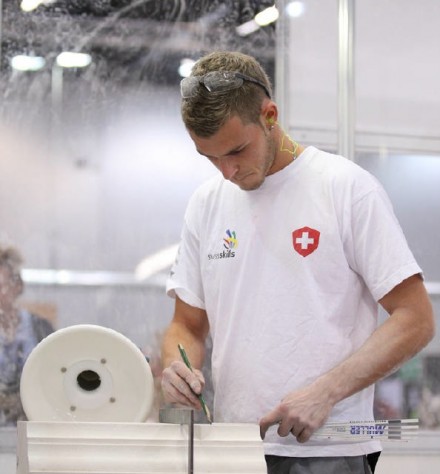