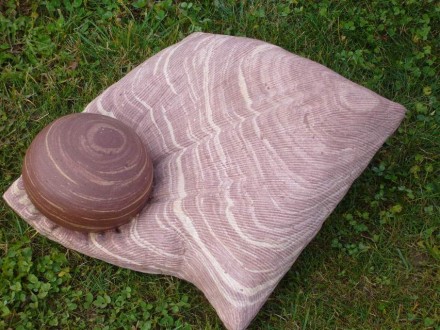 (March 2012) As a rule, sculptor Ulf Eggert plays with the stone he works. So it is that many of his works are brimming with humour and exuberance. Take his sandstone „Ohne Titel“ (Untitled) or his marble „Ist da was Böses drunter?“ (Something Evil Below?) where the surprise element is predominant. 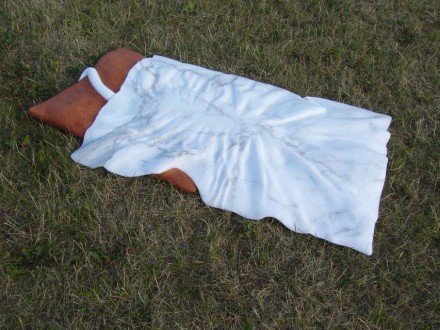 But the artist also produced a number of mythical works, e.g. with eyes peering at the beholder like in „Bulge“ or „Augenbaum“ (Eyetree) as well as works full of emotion like e.g. „Verzweiflung“ (Despair) depicting a face buried in his hands in an expression of sheer exasperation.

Perhaps the span of his artistic themes can be explained by his life journey. For many years Eggert led a trading company together with a handful of employees. Mere survival was the order of the day – keeping the company which he took over from his father running and feeding a family including 3 children. Watching stone sculpting demonstrations for hours on end brought about the decision to dedicate his energy to his hobby full-time.

From then on, patience was the order of the day. And this from an ex-tradesman and self-declared hectic. First the company had to be sold. Then he had to return to the Carrara-atelier numerous times „to acquire a feel for design“. He is full of praise for the Italian masters who willingly took him under their wings.

Eggert interprets the fact that working stone requires a great deal of patience as „positive torture“. Still: „Outside my atelier I’m still the same hectic.“

He places great importance on concealing the effort that went into completion of the work from the beholder. In the case of pieces like „Torso männlich“ (Male Torso) the stone inspires the shape leaving room for only minimal changes. 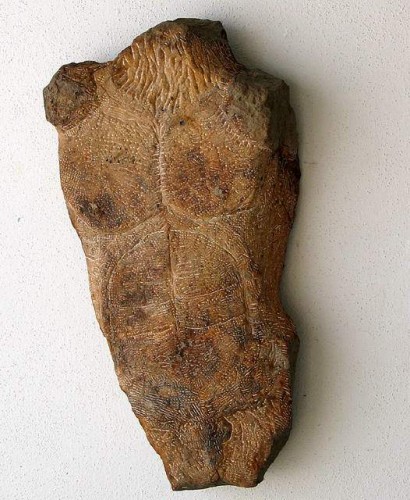 All his works are made of a single piece of stone, not always obvious. He oils the seemingly distinct parts with petroleum changing their colour as in the case of „Und ab ins Badezimmer“ (off to the bathroom). 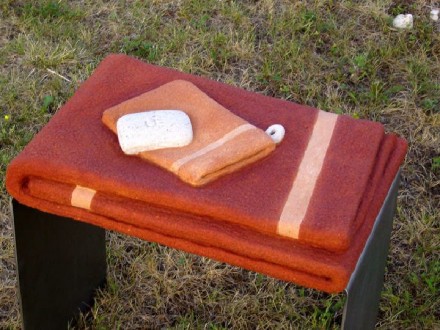 In other cases as in „They never come back“ he makes use of the different surface structures of the stone. 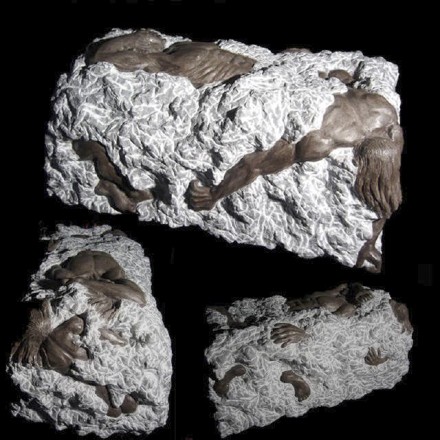 Speaking of play: At the closing of our lengthy conversation we asked the artist to send us a picture of himself at work among the requested pictures of his works.

The very next day our e-mail-box contained pictures of sheep with the explanation that they are frequent guests on the isolated piece of land where he practices his art: „Finally they almost became friends.“

Our picture shows the artist at work on „Augenbaum“. A real photo-portrait can be seen on his webpage. 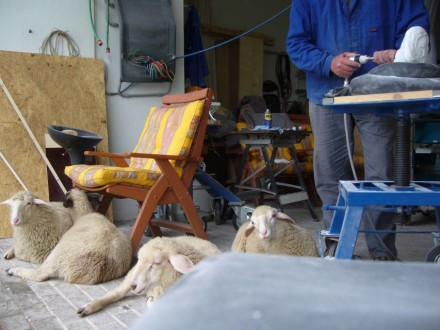 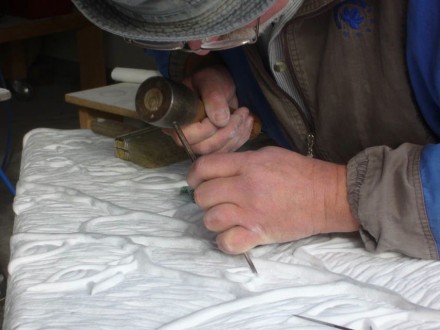