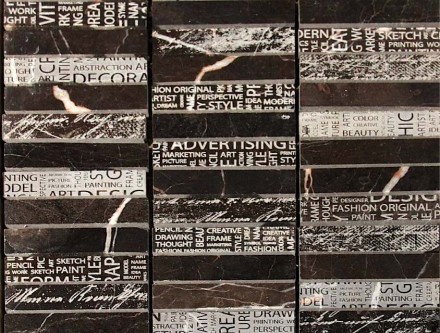 (March 2012) History has it that Moses brought down the Ten Commandments etched in stone from Mount Sinai. One might presume that he carved the words into the stone surface.

Today he could return with a sharply contoured font and even with footnotes as made possible by Italian Ceramica Incontro Company. The company developed the method for its Val-Tile line allowing precision surface etching by means of laser ray, accurate enough to replicate writing.

„Deva-Text“ is the name of a prototype introduced in 2011 at the Cersaie fair. It carries pieces of newspaper text never before seen transposed in stone. The image can be replicated as a positive as well as a negative image.

Round or geometric shapes, too, are possible as in „Deva Modern“ or „Deva Textile“. 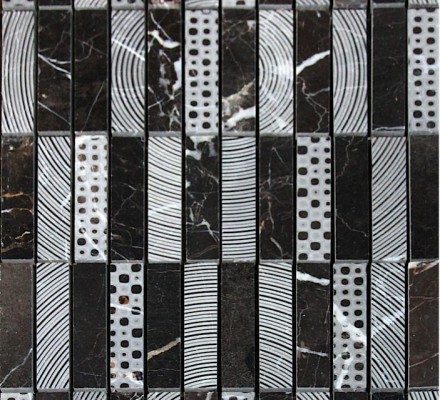 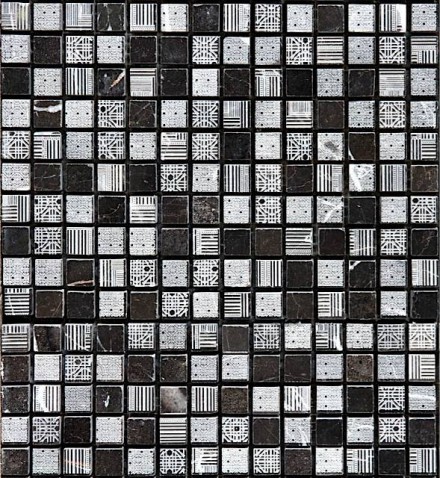 Some examples of current design can be seen in prototypes such as „Prem Circuit“ and „Prem Rings“. 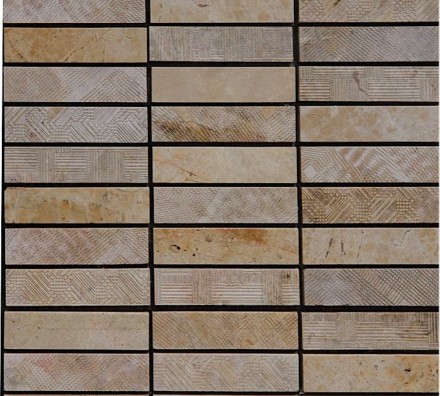 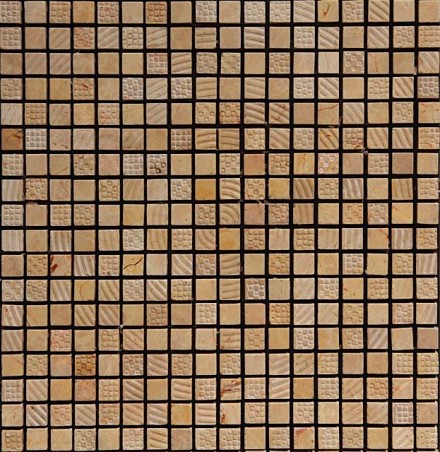 Currently available in 4 types of marble implemented by Val-Tile. The important point is the proper hardness of the stone is other types are desired.

Next to mosaic tiles other formats are also conceivable. The company can shoot its laser ray over much larger surfaces to etch large pictures…

Or tables with many more commandments.