Design: The passing of time materialized in stone 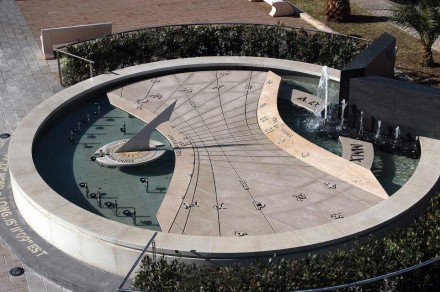 (March 2012) The idea came in flight, he says, after having read a report on sundials and become obsessed with the idea. That was back in 2009 – since then he has set up his own company to produce these timeless clocks. Paolo Ficara is an architect by calling and by trade, a profession which he practices with a passion and a good complement to the sundial business. To make a functioning sundial, you have to be good at maths and design.

Equinox Italia is the name of the company, which employs wife Andrea von Harnack, too. The company is situated by Syracuse, Sicily. Ficara has installed a number of sundials: the latest is a combination of sundial and fountain, previous models were made for homes and public buildings.

Ficara often goes unusual ways, like the model where passers-by are the source of the shadow which doubles as a time-dial. 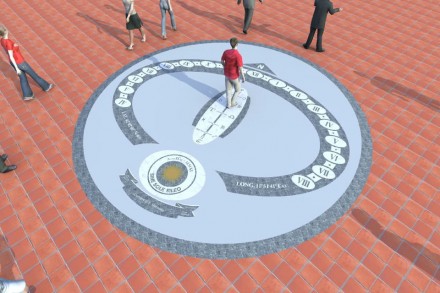 Natural stone is particularly suited as a material for sundials, says Ficara, because of its longevity, solidity and diversity offering a wide range of colours and textures as well as design ideas. Ficara’s role is the calculation, design and choice of material. Production is realized by a specialized company. 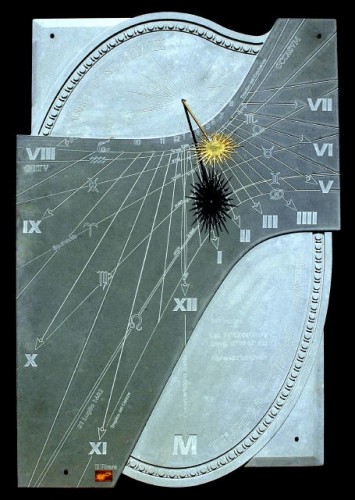 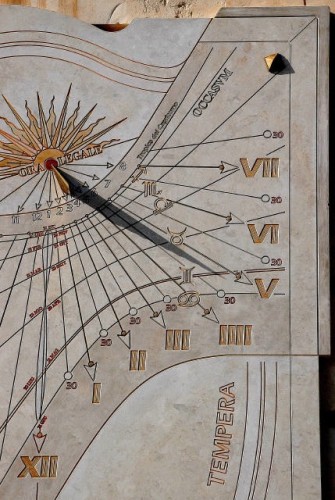 In a previous issue we reported on an Austrian sculptor Arnold Reinthaler who also works with time.