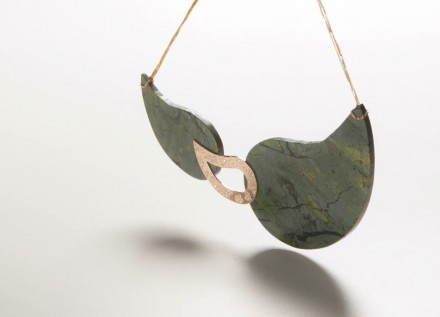 (March 2012) Using natural stone for jewellery is not a novel idea but with little success – probably because a piece of Carrara marble e.g. in a ring has nothing of the charm the stone would have on a large surface like a building or a sculpture. Brasigran of Brazil is going new ways using so-called Exóticos, i.e. exotic granite with unusual colours and structures. This stone is available only in Brazil (and in Africa on the other side of the Atlantic), and can be interpreted as natures way of expressing itself artistically. 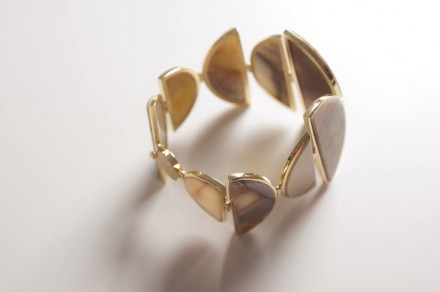 Brasigran unveiled its „Collezione Splendore“ at the Vitória trade fair from March 7th to 10th. Six Brazilian jewellery designers enriched a variety of Exóticos with gold and emeralds, diamonds and other precious stones. „We want to demonstrate that granite is jewellery for the house which can also be worn on the body“, says Renata Malenza, chief of marketing. 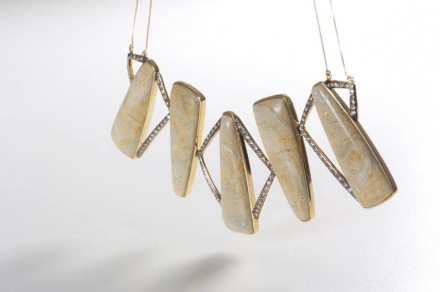 Almost all types of granite come with an analysis of (purported) curative properties for the human body. To many Brazilians such mythical connections to nature are very important in their holistic world picture. 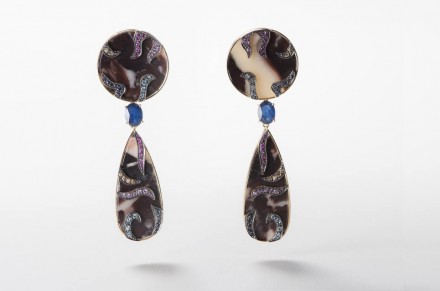 The technical challenge was to work the often fragile and brittle stone to stable thin slices. Here’s a bit of trivia while on the subject: Granite has approximately the same specific gravity as aluminium. 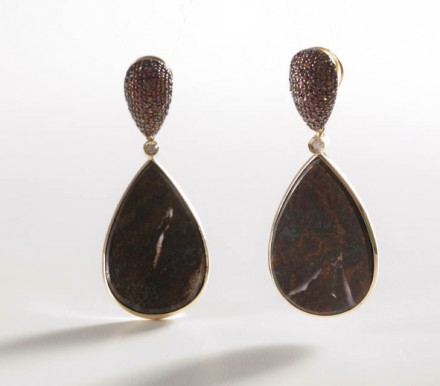 The pieces were auctioned off at the closing of the trade fair with proceeds going to an non-profit organization serving women with cancer. The name of the collection owes its provenance to the company’s founder who is of Italian origin. 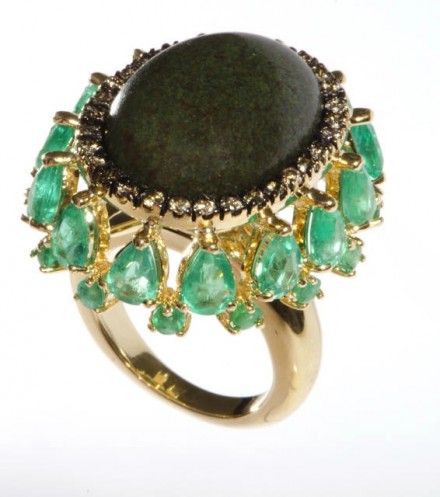 The following are photos of 3 new exotic granites (Exóticos), unveiled by Brasigran at the trade fair.