A new market for the stone industry: product design (1) 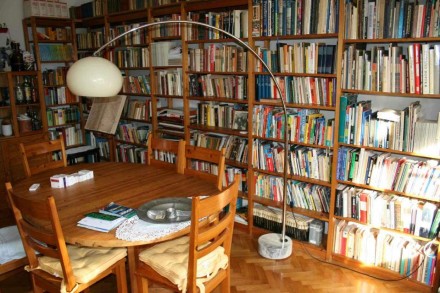 Trade fair STONETECH in Shanghai from April 25th to 28th 2012

(March 2012) Self-declared „stone design“ at international stone fairs is not truly product design at all – but rather art or even nonsense.

Examples are bathtubs or tables plus arm-chairs in massive stone. Optically pleasing, but not functional.

The concept’s weakness is that material is merely exchanged without taking notice of the fact that natural stone is not suitable for the purpose: in the case of bathtubs, one and half tons of stone must first be heated before the bathwater is able to maintain a comfortable temperature; tables and chairs are uncomfortable because they are static – too heavy to move.

Having said that, we are already in the middle of the stone design theme: the point of departure must be that design observes the constraints of natural stone. „Material-correctness“ is the buzzword in design.

But what can stone deliver (and what lies outside its scope)? Or, to put it in other words, what are natural stone’s particularities distinguishing it from other materials?

Most obvious, of course, is its mass. The lamp shown in the photo (going back to an Italian classic), makes use of this fact: the foot can be very small even if the arch is large. A wooden foot would have to be enormous to counterbalance the lamp shade; in steel, the foot would also be small but much more expensive to produce. For this implementation, waste stone blocks can be used.

So where are heavy-weight objects needed in day-to-day life? E.g. parasols in street cafés need massive bases. Here, concrete will probably be the material of choice. But in a Grand Hotel with a fancy terrace or a noble beach café, natural stone would be preferable.

Another particularity: stone carries its provenance with it – a fact which Italian designer Raffaello Galiotto put to the test in his hotel project: he designed bathrooms in stone from surrounding quarries. Guests received a small gift-wrapped piece of the stone as a going-away gift. Galiotto presented his work realized by Lithos Design at the Stonetech 2011.

Other distinguishing factors of stone are its longevity, interesting structures and veins, pleasantness to the touch, the fact that it is 100% natural…

Stone experts will discuss stone design during the China International Stone Summit at Shanghai’s STONETECH 2012. Manufacturers of machinery will show how they can contribute to the realization of design ideas.

Visit the stone fail and the Design Forum and give your imagination some food for thought.

Trade fair STONETECH in Shanghai from April 25th to 28th 2012