The impression is reinforced since the lines in the extra large stone slabs seem to run through the entire wall. The appearance is owed to the book-match setting in which raw slabs are hand picked and assembled in computer images prior to cutting.

The flooring offers a calmer appearance in Turkish travertine. Here, too, the slabs are extra large in dimension to sustain the predominant appearance of the mortise grid. Floor heating is installed underneath.

Book-matching is the specialty of Granite and Marble by Malave in Greensboro, North Carolina now in its third generation and employing some 50 staff members as well as a very active owner, Len Malave.

As always, he realized the refurbishment of this second story bathroom in close consultation with the landlord. „It was love at first sight for our client when he saw the Rainforest Marble“ he recounts enthusiastically.

Two details are noteworthy: the unusual shower ceiling reflects the slant of the rooms ceiling. And allows for a practicable doorless solution. 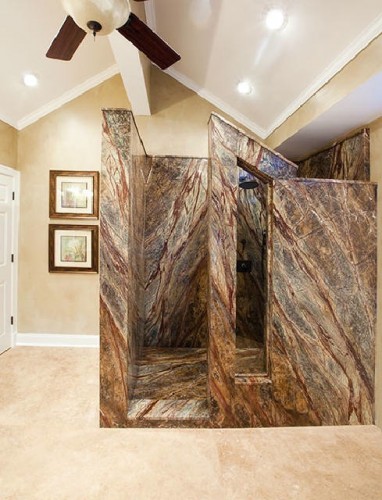 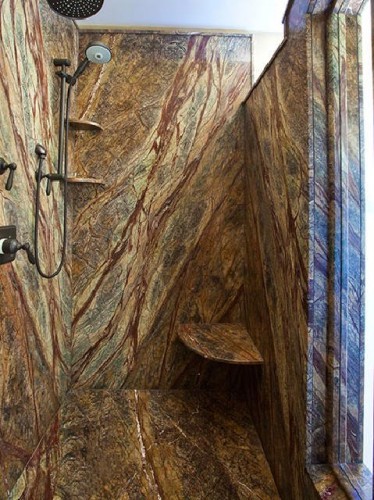 A number of accessories in matching stone can be viewed on the counter top. The client purchased them elsewhere. But Len Malave would gladly reproduce them at wish, no problem. „We marry Old World craftsmanship with modern technology“, he expounds. 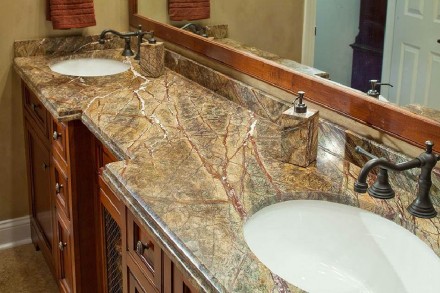 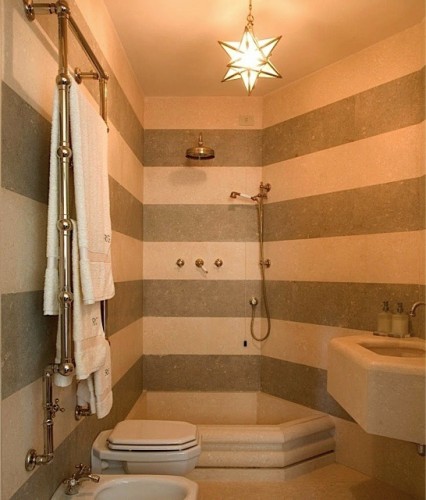 Renaissance architects developed many shapes and forms still found aesthetically pleasing to this day. An example can be found in the Siena Cathedral with its prominent stripes. This ancient design idea was the starting point of Italian architect Andrea Pacciani’s idea for a modern shower in Bianco Avorio and Grigio Argento lime stone wall cladding. It creates a soft contrast between light and dark and simultaneously creates an optical illusion of larger space making the miniature bathroom appear much larger than its 5 m² surface.

Realization by Grassi Pietre who also cut the shower and wash basins from massive stone blocks. The shower basin was made to measure for the narrow end of the room. 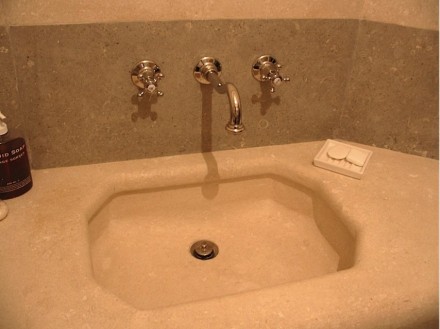 But the architect chose understatement in preference to intonation of these elements by using the same stone for the backdrop thus allowing them to blend into the background. 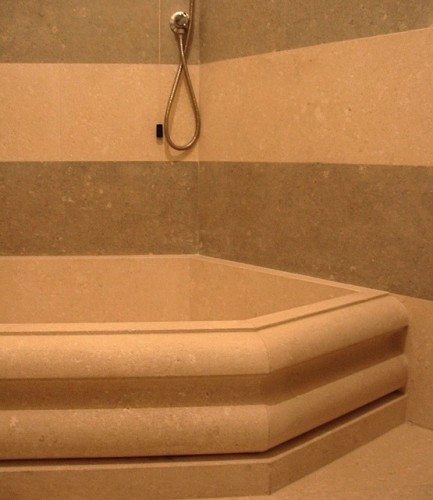 The shadow in the décor seems to transpose the dark stripes in the stone. 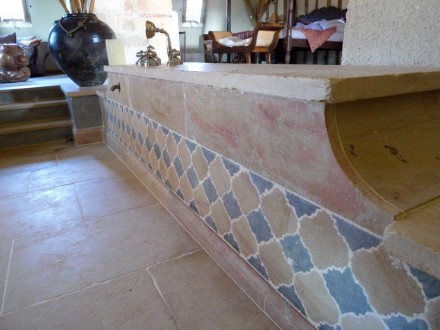 Rustic and simple: shower by French stone mason Nicolas Bonnet commissioned by a private client. It’s all about style, albeit in the eye of the beholder. 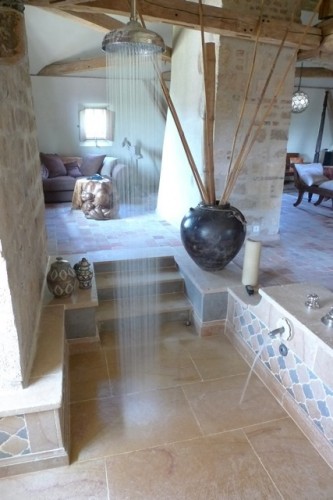 Bonnet takes great pride in craftsmanship down to the last detail which is why he is actively engaged in traditional craftsmanship including journeyman years after completion of apprenticeship. 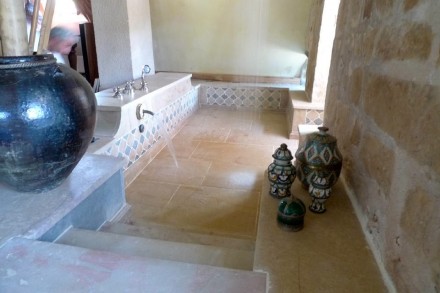