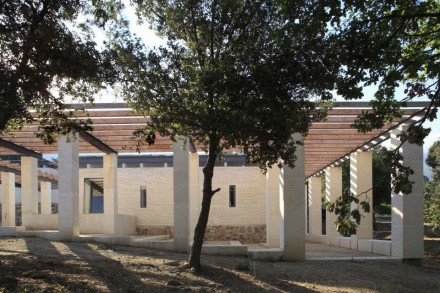 (April 2012) Citizens already placed little trust in banks prior to the financial crisis. „Banks only want the best: your money“ as the adage goes. US market research institute Forrester Research has shown that trust in banks has been on the decline constantly with no end in sight.

Stone industry could turn this fact into a virtue for itself. Massive construction in natural stone, an idea at home in France, offers home builders a long-term investment in their home: stone used in the building-block-style construction could be reclaimed to build a new home at a later date.

The construction material, here the stone, is not a major financial factor but rather an investment making it a savings bank of the special kind. An old house is the mortgage for a new one: every piece of property with a house on it is a miniature quarry all its own.

Albeit the stone won’t return dividends, at least at first sight – but it keeps its value. Coupled with sophisticated architecture, the stone could experience added value. A modern idea for such a massive construction was designed by Raffaello Galiotto of Lithos Design, Italy and shown at the Marmomacc 2011. 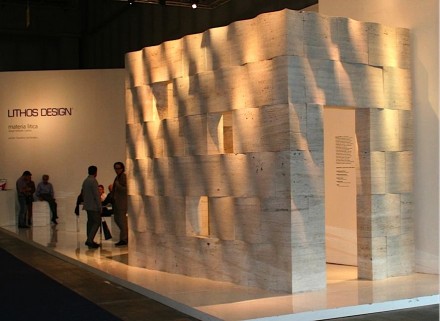 The concept was born in post WWII France. The basic principle is that of a simple building block system: the stone is cut to standard sized blocks (80 to 200 cm long by approx 100 cm high and 20 to 60 cm thick). The standard formats need merely to be assembled on site according to the architect’s plans. No cement needed. 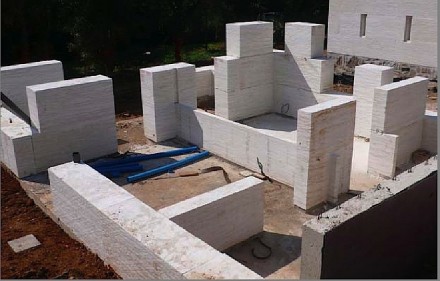 The most valuable factor is easy disassembly. Later generations can make use of the family home and build their own integrating modern technology and their own taste.

The investment is surprisingly small. The small blocks are cheaper than today’s larger sizes because second choice material can be used.

The building-block-system also saves building costs: a family home in France could be erected within 9 days by 3 masons. No plaster is needed. 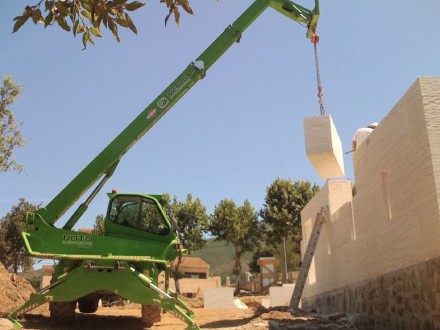 In previous editions we introduced some French projects. Our photos show an example of public buildings in massive stone, Patrimonio’s Musée des Vins on the island of Corsica. Gilles Perraudin was the architect, one of the fathers of the massive building-block-system. 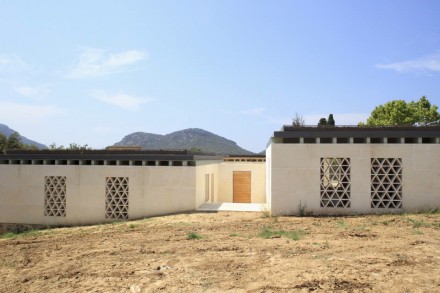 But massive building in stone is not child’s play. Design ideas are restricted by the standardized sizes of stone blocks. Also the recycling element must be kept in mind from the start: electric wiring or tubes can’t simply be placed at will or the stone will lose its value.

Having said this, massive stone houses are merely realizing an evolution already common to household machinery: washing machines, e.g. are already built in such a way that the components are easily reclaimed and recycled.

Building with massive blocks also has its limits in as far as the material cannot be transported for long distances lest the ecological footprint saved where no cement is needed would be lost due to long transport routes. Thus local quarries would profit.

Interesting that the concept profits of a typical property of natural stone, i.e. its longevity. Until now, this aspect was more of a drawback than a virtue. The argument often brought forth in defence of natural stone, namely the fact that the pyramids have been standing for some 4000 years, has merely provoked puzzled expressions from consumers. 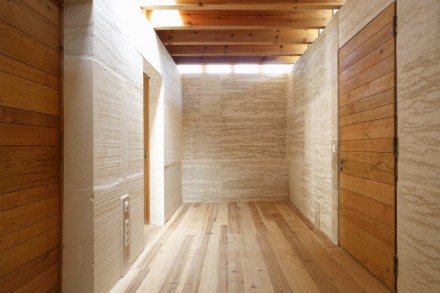 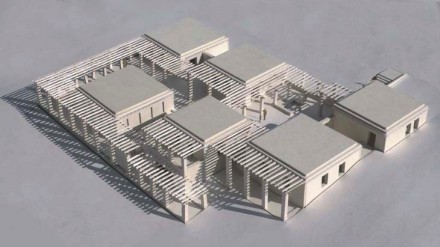