Art: Darkness of the soul peering out of slate 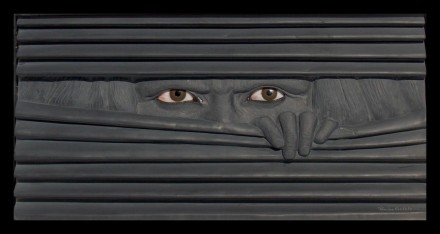 (April 2012) Even though slate is an unusual material for a sculptor, Pancho Castelo could hardly avoid stumbling upon it. La Coruña, Spain, birth-town of the artist, is an industrial centre for slate. The material can be found everywhere including roofs and facades of most houses in the region.

Nevertheless, Castelo needed some two decades to develop his style: often a glaring eye piercing from the dark stone surface of the Galician slate. „Persiana“ (Blind) is one example in point.

„Puzzle“ is another example, in which a – to put it mildly – sceptic look emanates from the work. The white of the eye is marble, the pupil, jet in a special type of petrified wood. 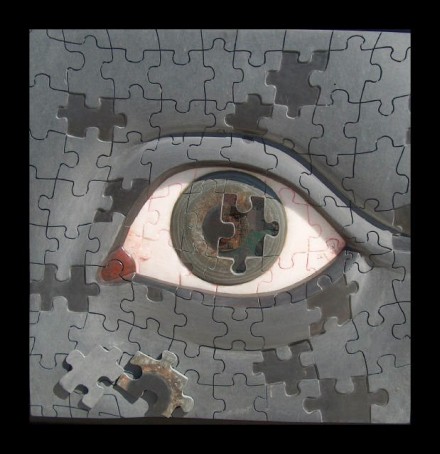 The artist enjoys bringing out „the dark side slumbering in us all and peering through an eye – mirror of our soul“, explains Castelo. 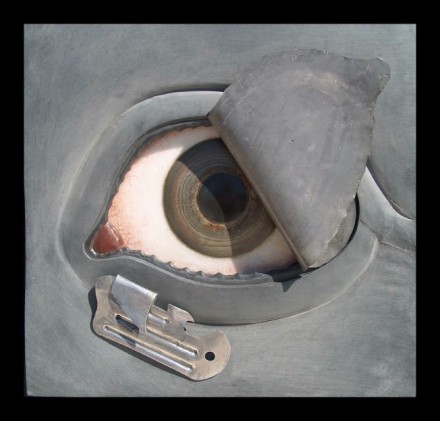 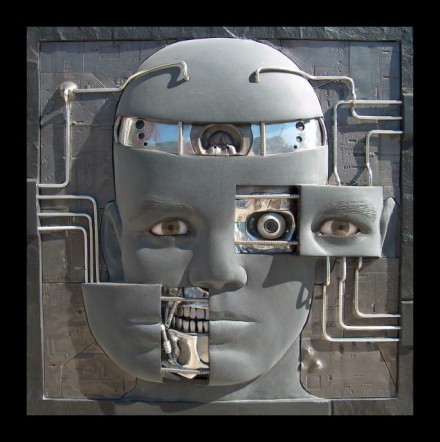 Costello began his career as an artist at his father’s side. His dad was a medical doctor and enjoyed collecting slate on construction sites and painting on them in his spare time. Already as a child, Costello began etching the plates and at the age of 12 he started shaping the surface of the stone. A first step was copying famous pieces of Spanish art and reproducing them in relief. Pablo Picasso’s „Guernica“ is one such example. New are works like „Hipercubismo Cibernetico“ (cybernetic hypercubis) an homage to Picasso’s cubism. 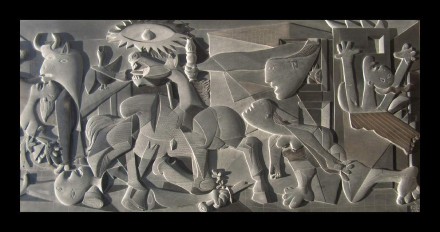 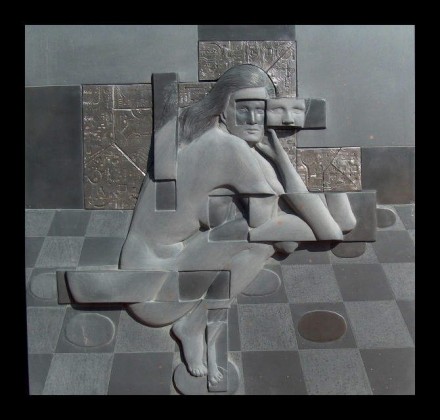 The next phase of his work took him to a jeweller where he learned to work precious stone. He transposed this knowledge to slate and developed a wide variety of polishing and abrasion techniques. Much „investigation and patience“ was needed, he writes. But one thing was clear from the start: his aim was to work the shapes out of the surface of the rock, not sculpt and piece the together.

His contact the slate industry was an important step in his career ladder: early in his career he was commissioned by the national Association Federación Española de la Pizarra, later the Galician Asociación Gallega de Pizarristas took him under their auspices. Recently Castelo completed a series of relief on slate quarrying.

His tools are those common to stone sculpting, i.e. hammer and chisel, drill and sanding machine. 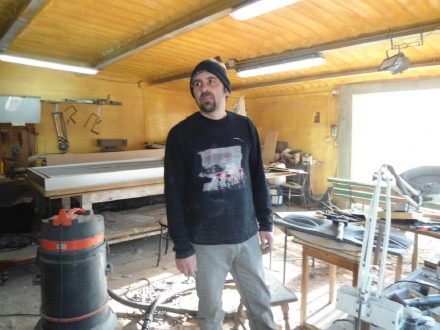