Markets: going from strength to strength in turbulent times 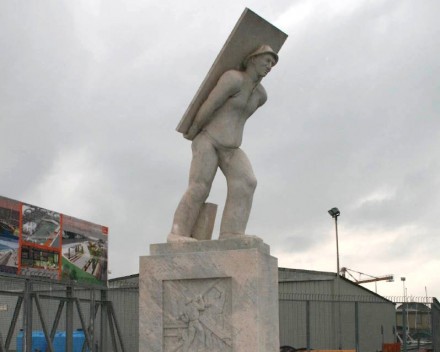 (May 2012) Italy’s industry showed its muscles in 2011. Exports were up in value by +4.32%. Remarkable considering the weak markets in the USA as well as in most countries of the European Union and considering political turmoil in North-African countries

All the more remarkable considering that exports were down in tonnage (-2.63%) for the same period. Obviously Italy has managed to further develop its unique marketing strategy in recent turbulent times by selling high-quality, value-added finished products to foreign markets in large numbers. This is something to learn from annual statistics by Marmi e Macchine Carrara (IMM) based on official figures.

Imports, on the other hand, were down, both in value and in tonnage (-4.11% to 420 million € or 1,752 million t). The trade organization explained this with a general reduction in storage: Italian companies buy only what they require for immediate use. But the generally weak local economy probably plays into the over-all picture.

Back to exports and to the IMM figures below. Note that unlike figures in statistics offered by other countries, Italy’s figures include also sales of chips in their grand total figures which arrived at a sum of 1.587 billion € or 3.052 million t and the percentage mentioned above.