Architecture: Recycling of material as a central idea 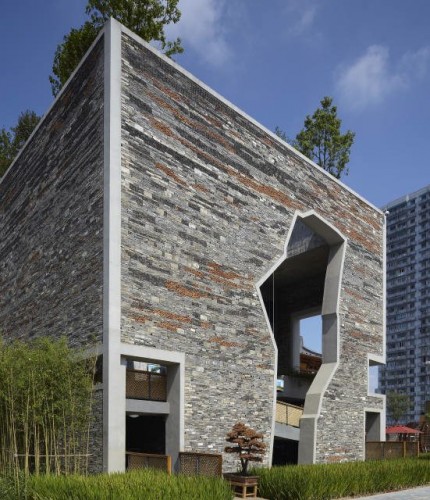 (May 2012) For the first time a Chinese architect took the Pritzker Prize: the award will be presented to Wang Shu on May 25th in Beijing for his ideas on the city of the future – nothing to do with futuristic concepts but rather with a humane method of conservation of culture and heritage.

To name but a few figures concerning urban construction in China: 2030 will see at least 220 cities with a population of over one million (by comparison, Europe has but 35 cities with a population of over one million), and most of them are being built in the middle of no-where. „By 2030, a billion Chinese will be city dwellers, many living in new cities“ according to China Daily. The country is the testing-grounds of the future and planners have the opportunity of avoiding typical urban problems from the start.

48 year-old Wang Shu’s drafts are distinctly different from those of his colleagues and competitors, e.g. his style – many of his buildings bear unmistakable Chinese elements such as the curved roof. 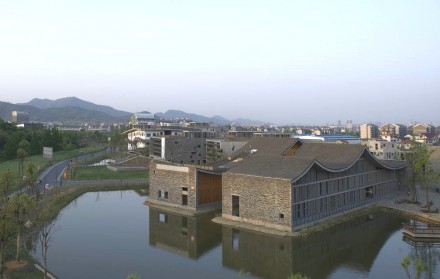 He also aims to keep a city’s heritage vibrantly alive so that life of the forefathers can be experienced in the buildings. To this end he uses reclaimed building material such as natural stone, brick or roof tiles. 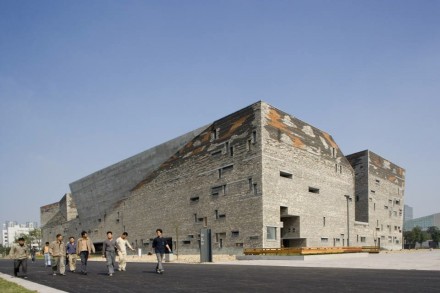 „Architecture is a collaborative work“, he says, which strives for „creative dialogue“ in which architects profit from life-long-learning on site.

He develops these concepts together with his wife Lu Wenyu in their joint Amateur Architecture Studio. This, too, is where the drafts for the Academy of Arts in Hangzhou came to being: an entire campus was to be designed beginning with auditoria to administrative buildings down to students’ dorms or living quarters for docents. According to a report, campus dwellers greatly appreciate the complex which inspires them to work and study.

Unusual is the high-rise living quarters with its vertical courtyard apartments in Hangzhou.

The Pritzker Prize is often called the Nobel Prize of architecture and carries a purse of 100,00.00 US-$ yearly awarded by the Hyatt Foundation. 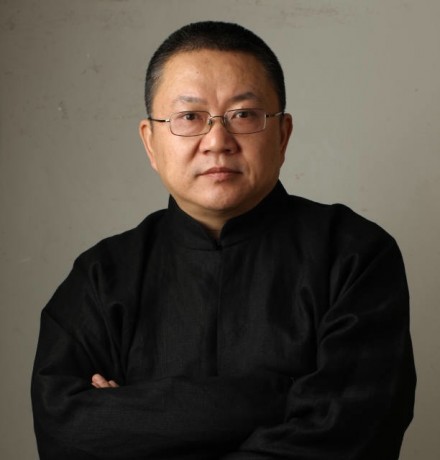