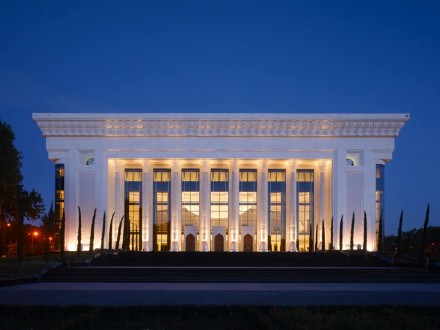 (May 2012) Monumental in appearance, and outfitted with a wide selection of valuable natural stone elements, Tashkent’s new congress center or „Palace of International Forums ‚Uzbekistan’“ will undoubtedly strengthen the self-image of the former Soviet Republic.

It was completed in 2009 for Tashkent’s 2200th anniversary and is situated on Amir Timur Square in the very center of Tashkent in close proximity to the monument dedicated to the Uzbek national hero. The project of mammoth proportions took a mere 6 months to complete.

Clear geometric forms typical for Islamic Art and Design define the interior. The patterns are well known from the Sassanid Persian Empire to which today’s Uzbekistan also belonged.

The typical 8-point star is firs encountered when entering the foyer. It was worked out of the stone slab by water jet in Bianco Sivec Marble and reinforced by stainless steel bands. 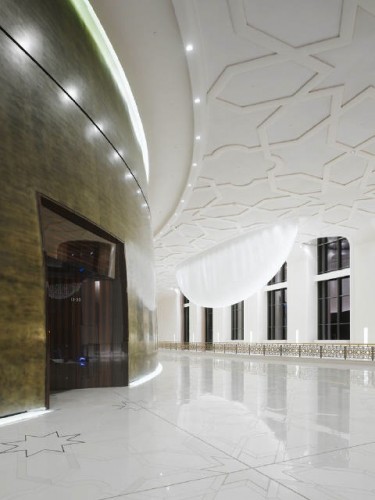 The same pattern can be found on the ceiling.

According to the German KMD Company mainly responsible for interior design, the surface measures some 6,500 m² into which some 800 stars were inlayed. The total pieces of the inlay work sum up to 60,000 pieces.

But detailed inlay work can also be found in other rooms. The banquet hall, e.g., has a floor of ebony in the same tone as wide stripes of Mrabacato-Corchia Marble with strong dark structures contrasting to the almost snow white Sivec-Marble. 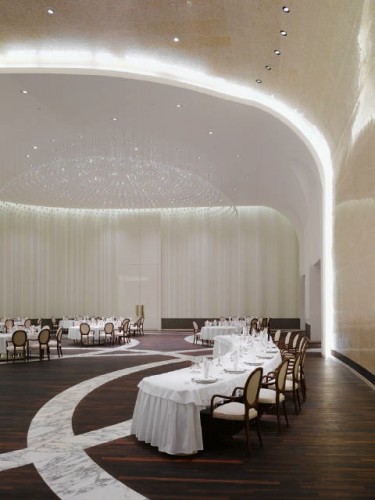 Other types of stone used are Irish Green Marble or Bardiglio Nuvolato with a cloudy structure. 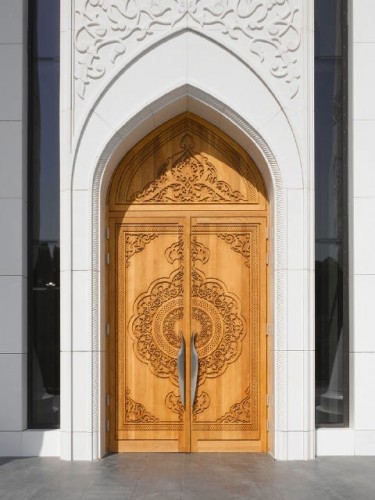