Art: an Angel with a mobile phone and QR-Codes for gravestones 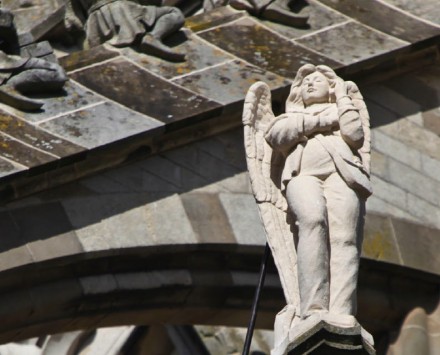 (June 2012) For the restoration of the Cathedral in the Dutch city of ‘s-Hertogenbosch, artist Ton Mooy carved, among other figures, a female angel in modern dress holding a mobile phone in her hand according to The New York Times. The figure was designed after models in the historic façade as well as on the roof of the Cathedral. They look very life-like and can be viewed in a video.

The phoning angel even has a phone number set up for those seeking celestial phone support. Some callers went so far as to ask for the lottery numbers. Now a Twitter-account has been set up for her as well. 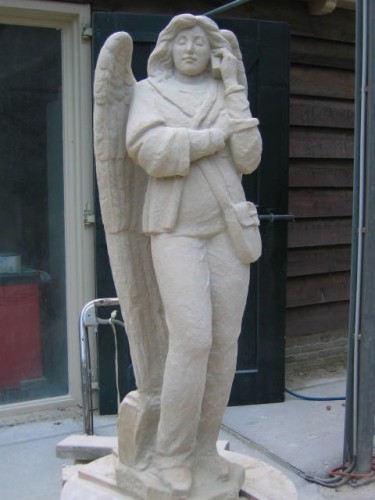 German artist and stonemason Andreas Rosenkranz has taken it upon himself to introduce Quick-Response-Codes (QR-Codes) to the last place of rest. That, in itself, is not new as black and white cubic design was introduced 2 decades ago in Japan. They can be captured in pictures on a mobile phone and with the help of an app information on the deceased can be accessed via the internet.

The novelty of the idea stemming from the German city of Cologne is that the code is engraved in the stone. Previously it was merely glued to the grave stone. 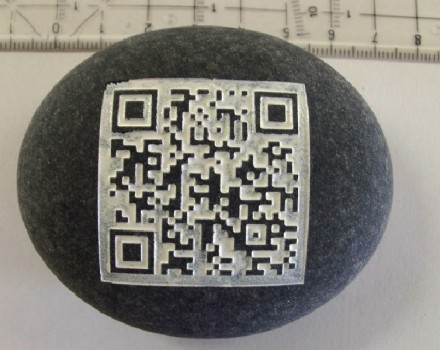 But that’s not all: Rosenkranz extended the little etched cubes beyond the actual code to give it the shape and appearance of a Christian Cross. 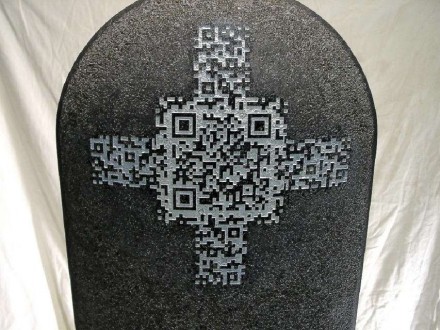 „Memory Medaillon“ is the name given to microchips integrated in gravestones. Here, too, smartphones will connect to the internet and „and bring graveyards to life“, as advertised by a US-American producer. 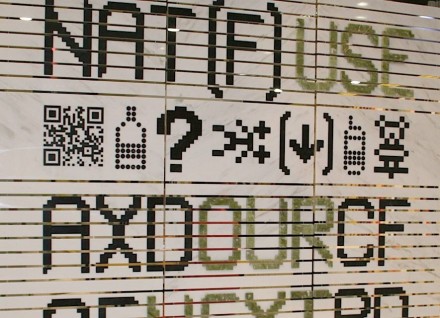 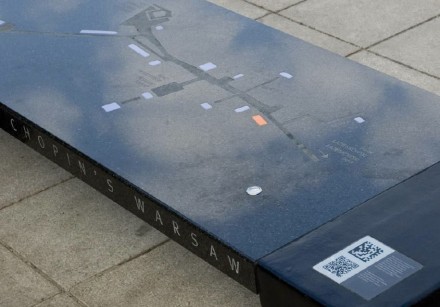 Warsaw has granite benches, with similar engravings. The benches are part of a hiking path through Polish cities to Freédéric Chopin heritage sites. With the help of a smart phone information on the composer and location or events could be viewed online.