Trade fairs: Inner Mongolia on the up 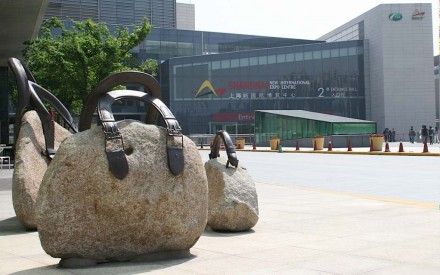 (June 2012) The perhaps most important event at this year’s Stonetech held from April 25th to 29th in Shanghai was passed by without notice by most foreign visitors because it was held in Chinese language only: Inner Mongolia presented itself as a new player in stone-trade ball park. It is the most northerly Province of the Peoples’ Republic of China with vast reserves of e.g. rare earth elements and also natural stones. We show some varieties of granite currently being quarried and available at bargain prices.

Companies from the Peoples’ Republic of China are active in the autonomous regions. Local producers had already presented themselves 2 years ago at Stonetech in Shanghai. 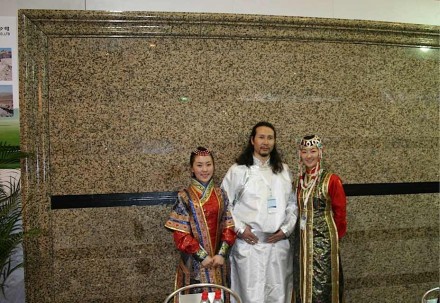 Branch-savvy representatives were heard to say that Inner Mongolia would gain in importance as an importer of natural stone. This province typically seen as the site of yurt-dwellings and nomads is said to have more riches than Beijing – riches held by those owning the land abounding in natural resources. In any event, luxury trade fairs are already the order of the day there.

The city of Xianghuang Qi is scheduled to host its first stone trade fair form July 25th to 27th this year under the auspices of CCPIT Building Materials Sub-council, also partial organizer of the Stonetech and other trade fairs. Single point of contact of CCPIT is Mrs. Sheri (Mail).

Stonetech alternates between Shanghai and Beijing on a yearly basis. Whereas we certified that the fair was stuck in a rut last year, it would now seem to have developed a new profile. The new face is marked by most exhibitors showing luxury stone varieties e.g. China-based Yunfu Di Gong with onyx and jade imported from Iran and offering exclusive wall claddings.

There were also many examples of stone inlay and mosaic.

Apparently exhibitors were addressing mainly the affluent buyers from urban centers such as Shanghai and Beijing. European companies also presented their wares, e.g. Italian-based Gruppo Tosco Marmi with its marble. 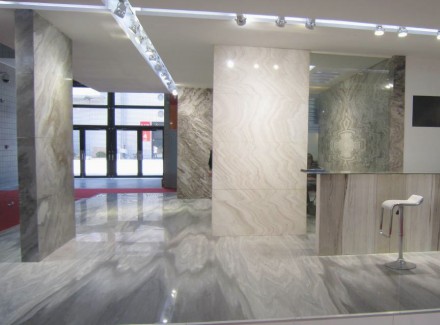 Two large halls were occupied by Stonetech this year, the second of which was reserved solely for heavy machinery.

We note two measures taken by the organizers to heighten the fair’s profile. One was the Stone Design Summit attracting architects, designers and visitors simultaneously presenting the show as a venue for presenting new ideas. Speakers were Guo Qiming, Guest Professor from Shanghai and Design-Director, and Jia Baban, founder of a Hong Kong design institute who spoke on the subject of Fengshui and the spirit of stone. Peter Becker of Stone-Ideas.com spoke on product design and every-day products in natural stone and their markets.

The other measure for heightening the fair’s profile was the New Product Arrival Press Conference where exhibitors could present themselves. Among others this possibility was used by Denchi Stone Company, Swiss-based Truffer, Norway’s Minera and Australian specialist for sandstone, Rockmark.