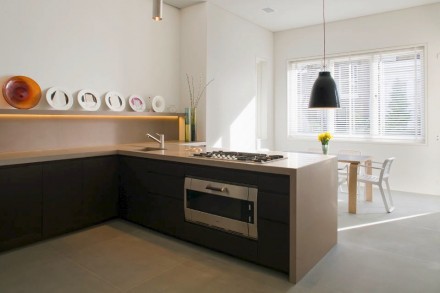 (June 2012) In pre-historic times, more precisely about 20 million years ago, what is known today as Switzerland was actually situated where Lake Constance has established itself at the end of a calm inlet, into which sand and silt were washed. Deep in the earth, under the influence of pressure and heat, these deposits caked together forming what is known today as Rorschacher sandstone. Forensic analysis of the stone reveals much more: e.g. that the very fine sandstone developed nearly undisturbed. The meter-thick strata are only occasionally interspersed with layers of clay originating from heavy storms.

We show a kitchen with countertop by the Swiss Bärlocher Company made of honed Rorschacher sandstone 4 cm thick. 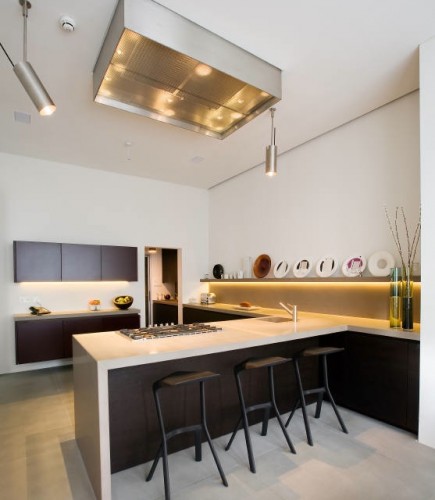 Unique characteristic: the stove in the middle of the kitchen but not as a stand-alone counter element. In linking the perpendicular element to the wall-element enough space was created to incorporate a sink.

The entire arrangement is very noble in appearance but distinctly under-statement due in part to the stone whose homogenous appearance draws no attention to the surface itself. Its 4-cm –thickness, too, has an optically calming effect.

Rorschacher sandstone is available in the yellowish-grey variety seen here as well as in green and blue hues. The photo shows a countertop in the blue variety in massive stone. 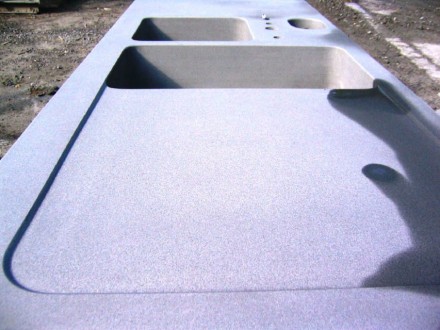 Here’s a bit of trivia: Switzerland owes its present-day appearance to the folding of the Alps during which the sandstone layers were pressed out of the underground and came to rest at a slant. The company owner’s great grandfather began quarrying some 100 years ago.

The USA is not only one of the interesting consumers of natural stone on the global market. They have something to offer as producers albeit not on the same scale of importance. E.g. Danby Marble of Vermont Quarries: a white marble often used for kitchen countertops and seen in the Montreal Museum of Fine Arts, the Federal Reserve in Virginia and the State Capital in Idaho to name but a few claims to fame. 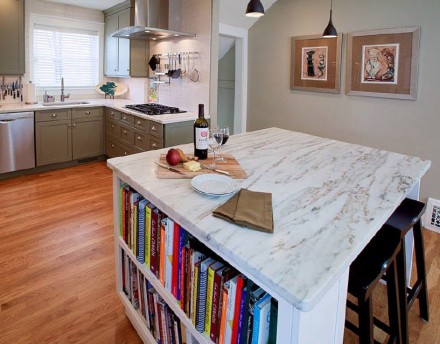 It is mined since 1902 in an underground quarry in the mountains of Vermont. The quarry extends 2.7 km (1.5 miles) into the mountain making it the largest mine of its kind. We show a private kitchen in Eureka Calacatta Danby marble. 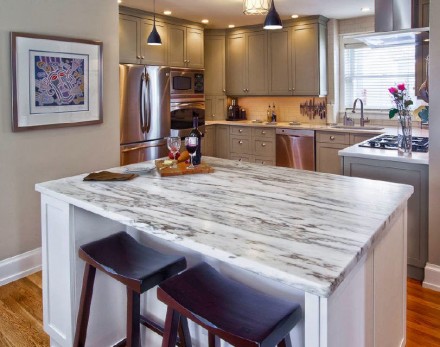 There are 10 different types of Danby marble differentiated principally by the appearance and pronunciation of structures. Their common denominator: high density – the level of water-absorption is uncharacteristically low at 0.07 for marble and better than some types of granite. 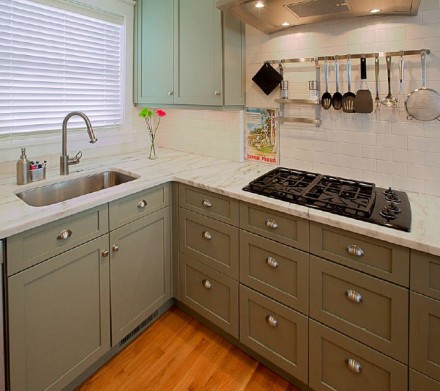 Change of material: the kitchen idea in engineered stone called „Shaping Silestone“ shown at this year’s furniture trade fair in Milan, the Salone del Mobile was international in more ways than one: the piece was solicited by Spanish Cosentino Group, designed by Brazilian Fernando and Humberto Campana resulting in a Swiss Army Knife. 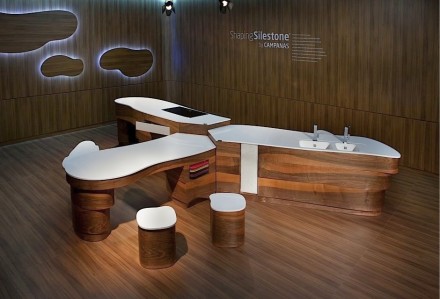 The work surfaces and the table appear to have been unfolded what with their various levels around an imaginary fulcrum. This makes for short paths from one area to the next. 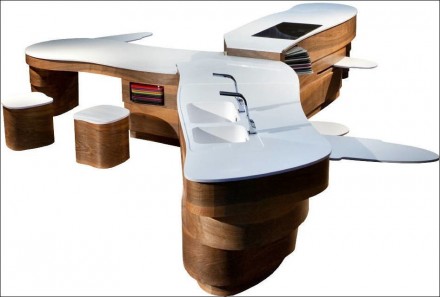 The material used is Silestone engineered stone, a combination of quartz particles and resin. The wooden base of the piece has a variety of functions incorporated such as an „Integrity“ sink and various pullout trays or tables.

The second manufacturing idea by Cosentino came from Swedish design studio „Form us With Love“ who contributed a Silestone ring vase which can be stacked to taste around a metal receptacle for water. The total height is 40 cm. 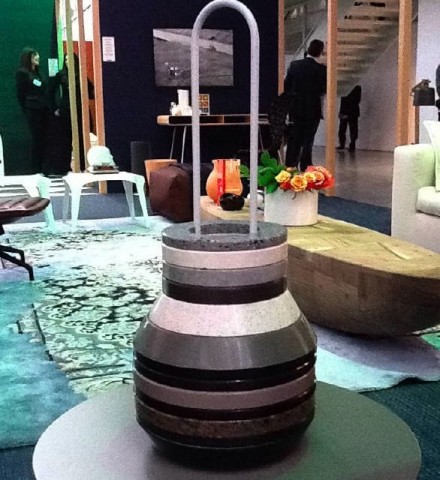 Form us With Love

Back to the „Integrity“ sink: Consenting used a newly developed process enabling sinks to be drawn from the Silestone slab. The advantage: no joint to fill or mask the likes of which usually become unsightly in time. 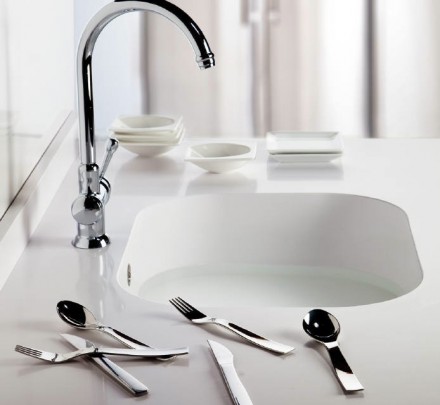 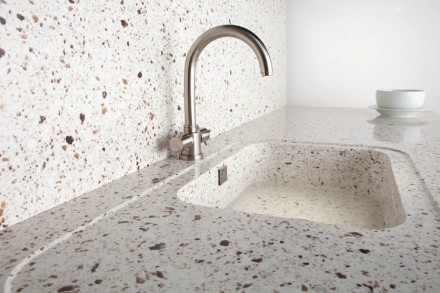 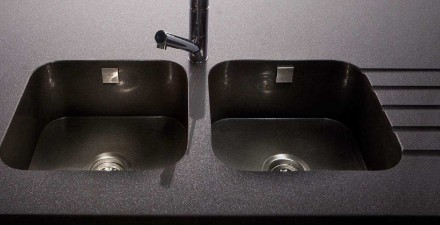