Art: „I consider all my life as a trip“ 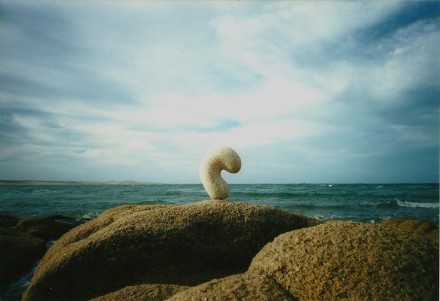 (July 2012) It isn’t easy to understand, what Giuliano Giussani wants to express with his sculptures. This is because he works natural or geometric shapes out of the stone, sometimes even shapes reminiscent of heavy machinery. 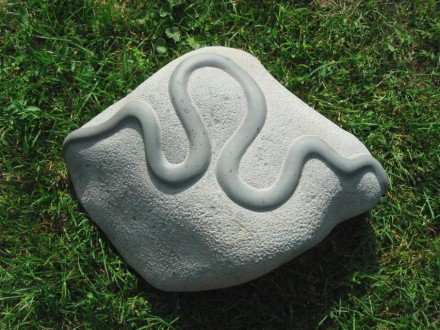 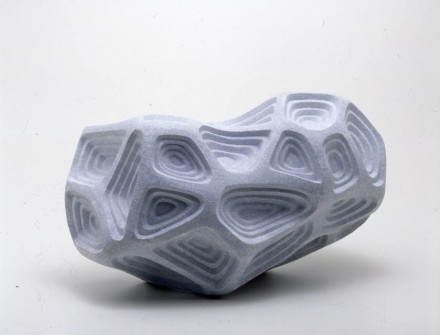 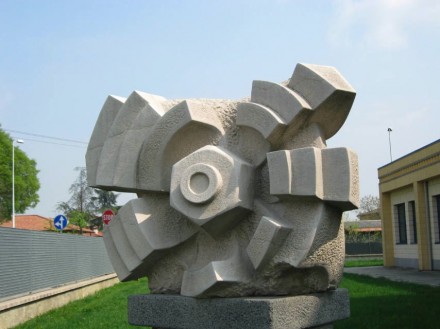 But despite the contrasts, somehow his works all seem to fit together somehow, and after having exchanged a hand-full of e-mails with the artist, suddenly we see what he meant to represent: it is his observations of the world around and inside him.

„I consider all my life as a trip, I travel by body, by thoughts and dreams“ he writes. And we add: Giussani is one of those people for whom the journey is the reward. „Moving from one experience to the other“ he describes his way of living.

And his journey has taken him literally around the world from sculptors’ symposia all over the globe to Asia where he let the lifestyle influence his way of thinking or Africa where he adopted primitive art as a form, and last but not least the modern Western world where the likes of Picasso strongly influenced his work.

The milestones were constantly accompanied by „a long-standing observation of nature by hiking in the mountains and a search for spiritual communication with natural elements“, he writes. 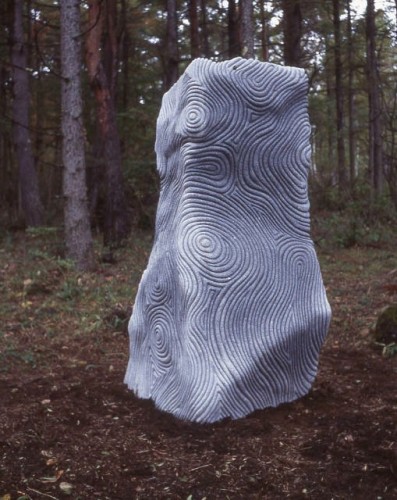 People and how they tick are of particular interest to the artist which leads him to the art of engineering and heavy machinery as a motif. „They seem to me the result of the human genius at imitating nature … and at overcoming the natural limits.“

Giussani lives in a village in Northern Italy. Even without any family background in sculpting, he discovered early on that this was his calling. He attended a school of art for a couple of years but didn’t find fulfilment there. Finally he learned the art of working stone in a stone factory.

„My life path has not been straight but rather complicated“ he remarks in a mail almost incidentally. 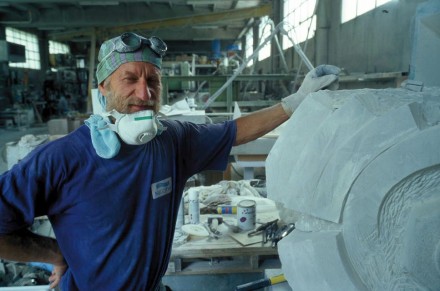