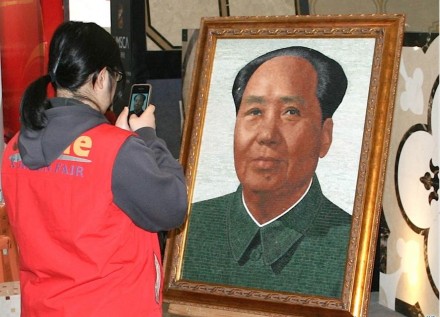 (July 2012) Two core statements can be distilled from the current Internationale Marmi e Macchine (IMM) Carrara Statistical Yearbook: first – Russia is developing to a major market in the near future, and second – The Peoples’ Republic of China has made first place in almost all disciplines of the stone branch. The Yearbook „Stone Sector 2011/2012 – Annual Report and Prospects for the International Trade“ was presented at Carrara’s Marmotech trade fair (June 23rd – 26th). The publication is in English and Italian as always.

Re: Russia – 2011 saw imports in natural stone finished products valued at 161 million €. Compared to the preceding year this was an increase of 22%. The author, Dr. Manuela Gussoni, predicts sustained growth based in part on the countries accession to the World Trade Organization WTO: „Russia has in fact accepted to reduce customs tariffs from 10% to 7.8% from the second half of 2012… and the further reduction in duties will take place in stages “.

This leads us to China: nearly half (43%) of Russia’s imports of 161 million € were derived from China.

The figures show that China has grown to a superpower on the stone market: 2010 saw 33% of global stone trade in China’s hands as producers, manufacturers or dealers, an increase of +8.3% compared to the year before and despite the US recession.

Analysis of the figures for China in 2011 show:

* Granite imports: together with Japan, China is behind the USA taking second position;

Note that China purchases mainly raw blocks. In the long run this means a step toward deindustrialization for suppliers and a return to the status of developing countries.

But the fact that China purchases mostly raw material also shows that value added natural stone products from western industrialized countries have yet to find a market among Chinese consumers. Remember that the automotive industry and ceramic industries are very successful players. But access to the markets is not easy not least due to import duties of 24% levied on finished products from abroad.

But back to the Yearbook: The author’s theory for Chinese superiority is interesting. „Maybe China has also been able to take better advantage of the opportunities offered by the global market than other countries“ she speculates. China „has managed to create a global system of closely coordinated activities“.

By this she means that Chinese export companies – often much larger than their small and medium sized counterparts in the Western World – invested in target countries in order to establish a marketing network. Combined with a moderate pricing policy, China was literally able to flood the market in the low-cost segment.

Note: at present the investment possibilities seem to have entered a new phase in which China is purchasing quarries around the world – at least according to rumors.

And another word on the Statistical Yearbook: Indonesia will become an important import market and producer. The country is currently investing heavily in its stone industry.

And one last comment on Russia and China: Whereas both countries were practically not on speaking terms in the recent past, a lively co-operation has recently developed. Both countries are members of the Shanghai Cooperation Organization (SCO), a trade organization of Asian countries. In the midst of the Syria conflicts and regarding Iran, both countries share similar views. Presently the second pipeline is under construction from Siberia to China.

The book is available upon request: Mail