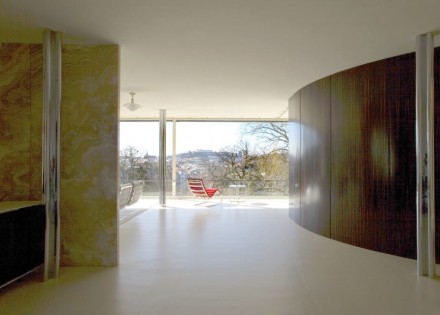 (July 2012) Brno’s Villa Tugendhat in the Czech Republic, famous Bauhaus building and World Heritage Site by Ludwig Mies van der Rohe has recently been restored to its original minimalistic splendor is accompanied by an ironic anecdote: the house, built in the 1920’s, had a curved wall to separate the dining area from the open living and social area. The wall had disappeared some time during German occupation around the 1940’s – the house was confiscated by the German Gestapo in 1939 and used as an apartment and office. Quite unexpectedly, art historian Dr. Miroslav Ambroz discovered the ebony wall in the 2010 in the canteen of the local university – professors and students alike had unwittingly taken their meals next to this amazing testimonial of architectural history for decades without recognizing its provenance. 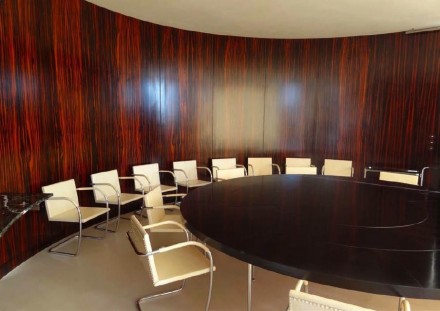 The interior of the villa including the room divider was refurbished under enormous effort and at considerable expense. Specialists of A.M.O.S. Design spent 8.8 million US-$ on the project. The reconstruction has recently been completed and the house is now open to the public. Visitors can view the building as Mies Van der Rohe had originally planned it. 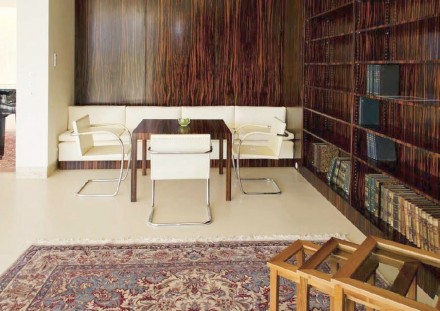 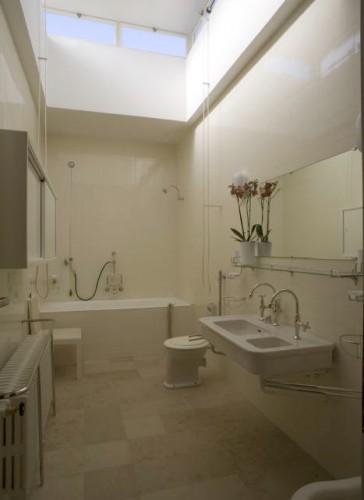 Restoration was complex and required extensive research. Much of the building material originally used is no longer available and the know-how for proper implementation has been lost by disuse. The upholstery, e.g. required the use of jute, horsehair or African grass. Locksmiths were commissioned to reconstruct locks, hinges and other pieces of hardware according to pieces found in museums. 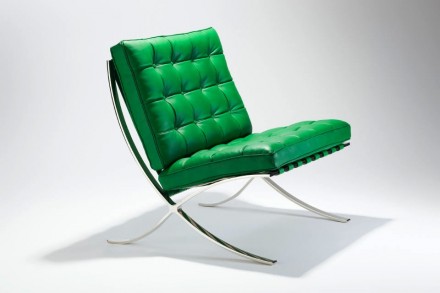 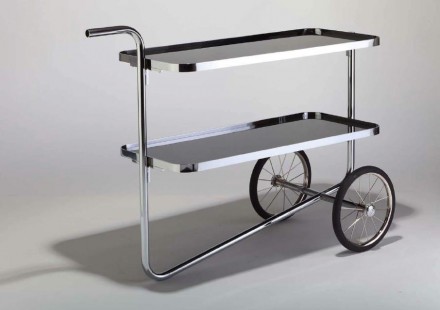 Let us turn to the use of natural stone by Mies van der Rohe: despite his extensive use of reinforced concrete in constructing the house, the interior was copiously clad in natural stone. Travertine was the main stone used for flooring, stairs and window sills, interesting since this stone has a characteristically pock-marked, porous surface – Mies seemed to have been looking for a contrast to the functionally sleek modern materials of the time. 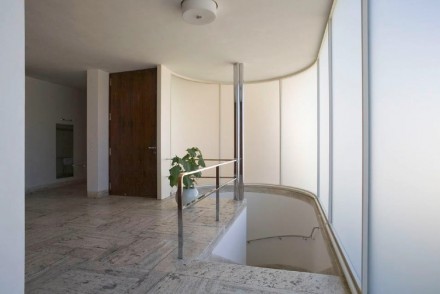 He also used stone as a distinct design element, e.g. in form of an onyx room divider in the living area. The onyx wall is partially translucent capturing the setting sun as well as artificial light to evoke lively color effects. 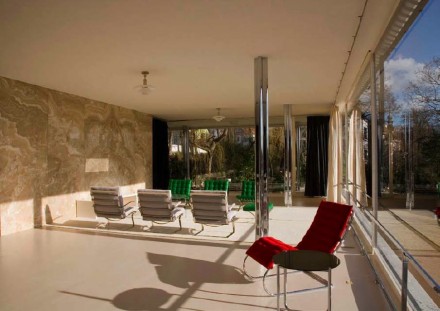 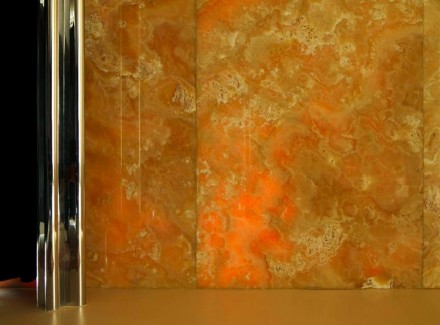 Money was no object in restoring Villa Tugendhat: onyx for the wall, e.g., was imported from Morocco and, at the time, would have financed an entire family home according to Wikipedia. The floor area of the house extends across 1250 m². The living and social area including the atrium encompass 280 m².

Another famous example of Mies’ affinity to natural stone is the German Reich’s Pavilion at the 1929 Barcelona World Exhibition.