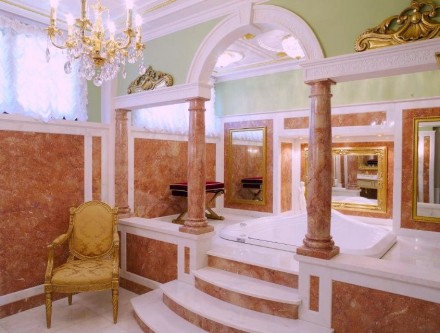 (July 2012) Sheer splendor best describes what you will see when clicking on Athena’s webpage under the heading „Picture“. We chose a bathroom in a private villa in which the Arzignano-based company carried out the stone work designed by local designer Arlette Coussin of La Maison Classique.

Athena specializes in unusual stone projects. That is to say: their aim lies in making client’s soaring dreams come true. The company offers top-of-the-line workmanship starting with the choice of stone to working it, and, last but not least, installing the single elements. „Reliability is our biggest asset“ according to the webpage. Design consulting can be part and parcel of a contract. 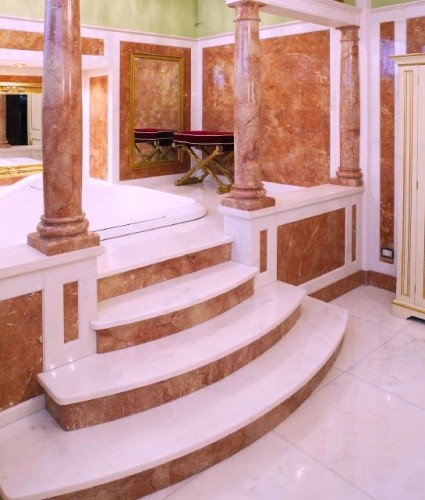 A variety of stone types played into realizing the project. Italian Breccia Venezia limestone is predominant with its reddish hue. In fact the stone is a breccia caked together over millions of years by the forces of nature giving it its characteristic pattern. The bathtub is surrounded by Estremoz Crème marble used for the stair steps as well. Matching colored Italian Trani limestone clads the arches above. As usual, the stones used for the bathroom were sealed. 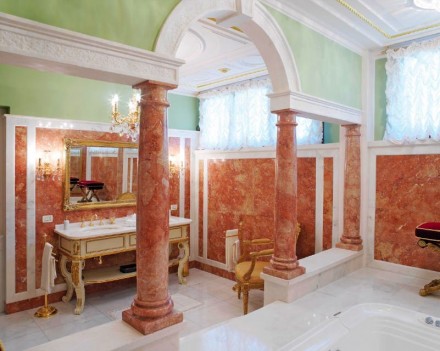 Dreams come true, and luxury are also the motto of Maer Charme. A subsidiary of Romanian-based Maergroup, the company specializes in semi-precious stone and its use in interior design. We show examples of white quartz implemented in the bathroom of a Russian Kasan villa. Clear varieties of the material are known as rock crystal. 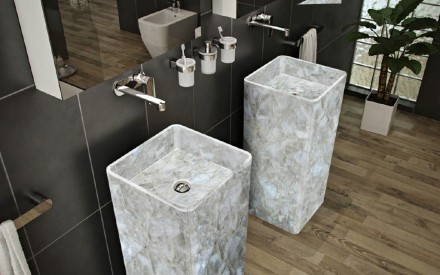 A number of possible methods are at hand to put the stone slabs together. Here thin slices of 2 to 3 cm strength were assembled one next to the other and fused with resin. This results in a solid slab ready for value-added production. The raw material stems from Africa and was specially selected.

The attraction of the part artificial stone part natural stone lies in its brilliance and translucence. With a rear-mounted light source the stone appears to glow as can be seen in another project. 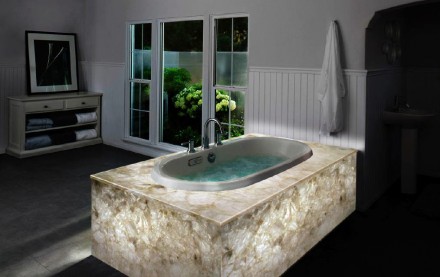 But that’s not all: the slabs can accommodate clients’ individual wishes to create a unique material. Among other possibilities, thin slices of fossils may be introduced between sheets of clear stone. Other variants are thin slices of mother of pearl or petrified wood.

Of course these custom-made pieces have their price which is why – as in our example – they serve to set special accents. 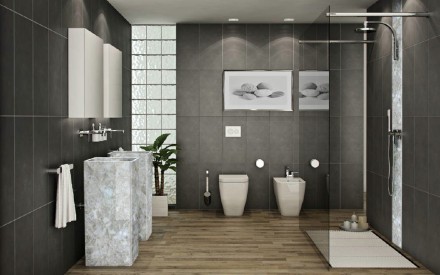 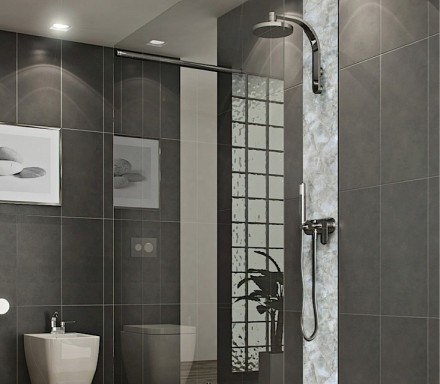 Three types of natural stone combined with old wood define this bathroom in the Dutch city of Bentelo: the ocher-coloured tiles are made of Turkish Medium Travertine, the black ones of Brazilian Black Slate. The vanity is made of Black Dream limestone. 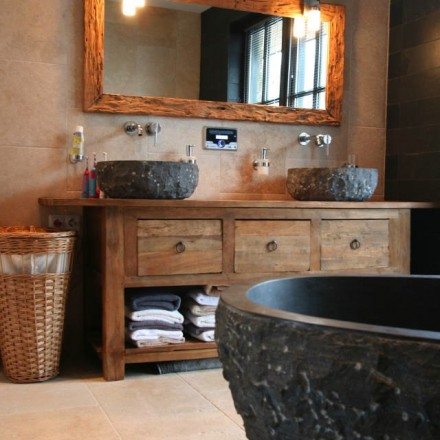 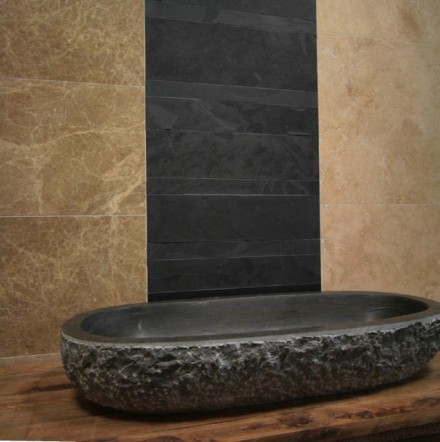 The design is by the landlord himself. „The combination of materials is perfect“, as he writes in a mail. 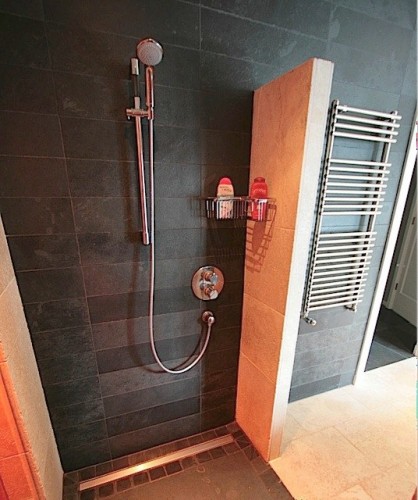 To round off the picture: here is a photo of the living room. 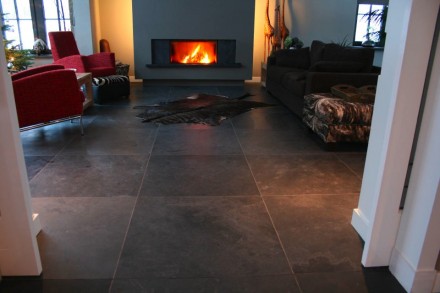 The stone was provided by Bentelo-based Africa Slate and Tiles Company. The name is somewhat confusing as it merely describes one of the company’s specialties. In fact the company entertains a network of trade partners across all continents. CEO is Marcel Wetendorp who provided the photos, which – let us lift the veil of secrecy – stem from his own home. The slate was provided by Brazilian-based Minas Slate of Minas Gerais state.