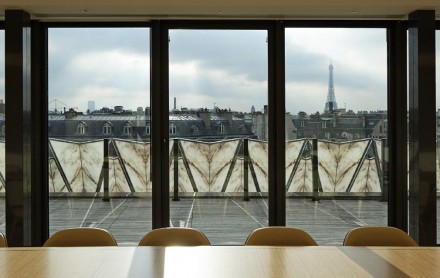 (August 2012) When erecting an office building a mere stone throw away from Paris’ famous Arc de Triomphe demands are high: the building must blend in with surrounding façades, preferably in limestone originating from Baron Haussmann’s era but nevertheless be contemporary in style and open, thus be made of glass.

Manuelle Gautrand Architects took an interesting middle path for the French headquarters of Barclays’ Capital Bank, No. 36 Boulevard de Friedland: the façade is clad in marble-look glass. „Elegance and modernity“ was the declared aim according to the planners.

To dispel confusion: the stone is not stone at all but a thin film of a marble lookalike printed on glass as if millimeter-thin stone slabs had been affixed to the glass.

The architects rejected the idea of using real stone sheets: the uncertainty was too great that such a construction would not stand the test of time. 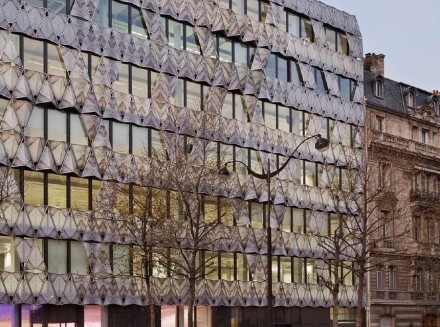 Another argument for the film-solution was the exact planning of color schemes of the stone and its veins, both of which were meant to be accentuated toward the center of the building but fade toward the perimeter.

But the building’s façade is not only an eye-catcher. The pleats named after the Japanese art of folding paper, which gave the building its name „Origami Building“ are striking. 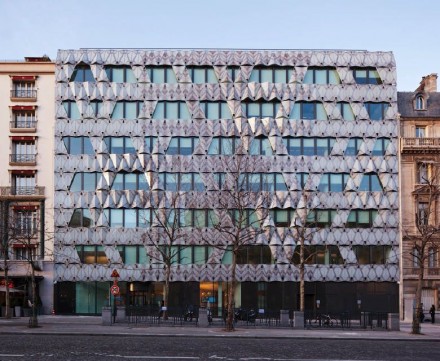 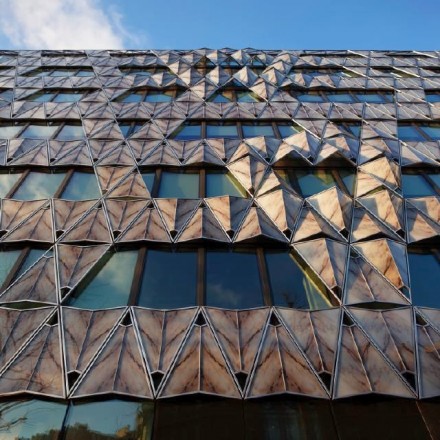 A variety of effects are created through the „folded“ panes with stone-like film application: depending on the angle of the sun’s rays, the color of the material as well as the play of light and shade vary. 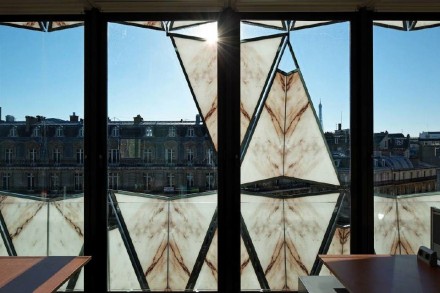 The outer glass is also visual and light protection. But it must be spectacular when the sun’s rays penetrate the building through marble veins. The open book pattern was chosen in which the grain is mirrored on neighbouring panes. 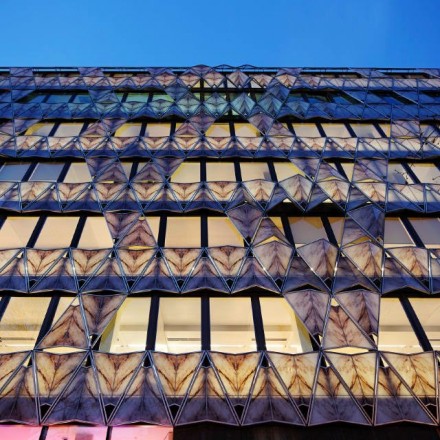 And the appearance of the building is entirely different at night. 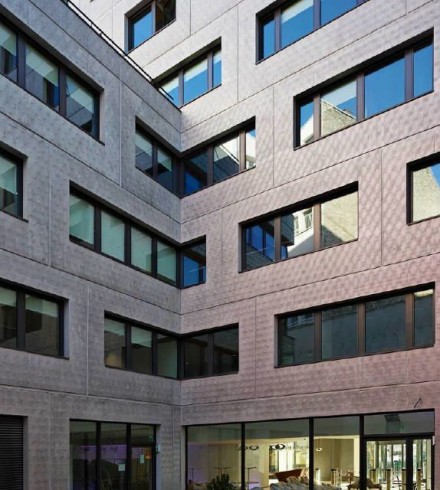 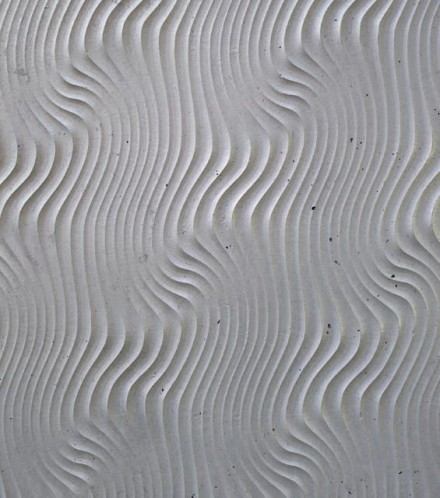 „Origami Building“ complies with the stipulations of the High Environmental Quality (HEQ) seal ranging from use of sustainable products to noise-protection during the building phase all the way to environmental compatibility.

The complex houses high end offices and contains a recreational area including cafeteria, meeting rooms and technical area, an archive and 85 parking spaces. The lobby bridges the front and mews.

A roof-top terrace offers a breath-taking view over the city’s buildings. 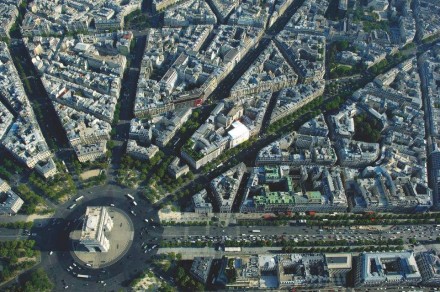