Markets: Recycling must be the prominent topic 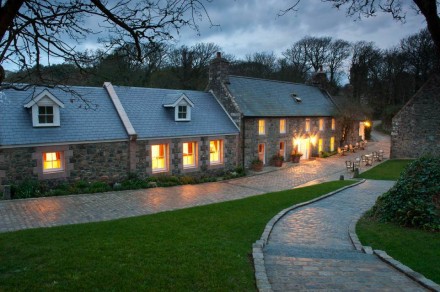 (August 2012) Sustainability is a growing buzzword, often used by marketing experts as the secret to success to a product’s success. Take, e.g., recent sports events in Europe: just in time for this year’s European Football Championship Nike launched a press release claiming that the soccer team’s shorts and shirts were „made of 100% and 96% recycled material respectively“. „Each and every soccer team uniform is made of 13 recycled plastic bottles“.

And Adidas announced just prior to the Olympic Games that shirts and shoes of the 80,000 or so volunteer helpers were comprised primarily of recycled material.

The most trivial fact is good enough for a positive headline: a 150 m stone bench near the Olympic stadium in London was made of granite reclaimed from the harbor docks, as was pointed out a press release.

Two elements are important here: first – the aim of marketing campaigns is to awaken empathy for the product by making it appear ecologically friendly.

Second: the reports demonstrate that recycling is the most important aspect of sustainability by far simply because this aspect is easy to grasp. Energy balance and CO2-footprints are for experts.

For producers and dealers of natural stone this means that they, too, must learn to expound the recycling aspect of their products.

To date this has not been happening even if the recyclability of the products is obvious. The reason being that the branch chose instead to point out the longevity of stone with reference to the Egyptian Pyramids, Rome’s marble monuments or the Great Wall of China.

But does this line of thought really move a consumer to buy, say, a stone counter-top, windowsill or bathroom tiles?

Of course not. Today’s landlords think in time frames of their own life-span at best.

The stone branch is well-advised to lock away arguments of long life and replace them by reports of reclaimed use and provenance of the material.

A case in point is the Stone Federation Great Britain, the local stone industry’s trade organization which has been organizing the Natural Stone Sustainability Award since two years. 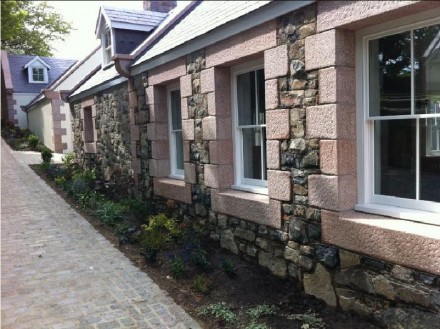 This year’s prize went to the Isle of Sark’s La Moinerie in the Channel Islands, a farm house with auxiliary building erected in 1782 which was given a new lease on life. 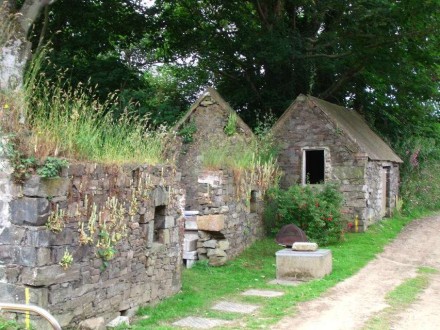 The façade was reclaimed from the farm house stone wall and the ruins of a monastery in close proximity. 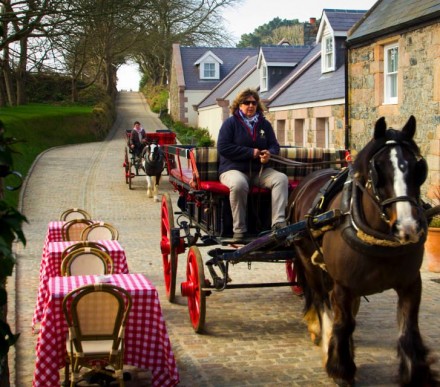 The approach road was paved using cobble stones from the Bretagne typical of the time. The stone masonry was realized by Channel Islands’ own Granite le Pelley Company.

But the prize is not restricted to recycling. On the contrary: the entire gamut of methods and means of presenting an entrepreneur as ecologically empathetic can be played.

One of the award-winners of last year’s prize was Forest of Dean Stone Company which reconstructed an old mill including adjacent ponds serving as a miniature power plant. Stancliffe Stone also took one of the prizes for its accredited biodiversity program – where flora and fauna have found a new home.

The empathy factor will take hold much sooner.